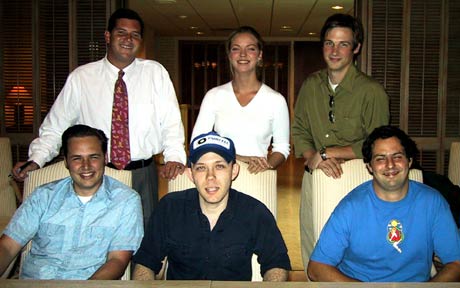 Shortly after forming in 1997 in Murfreesboro, Tennessee, Glossary released its first single, "A Letter To Phoebe Summersquash" in collaboration with Portland, Oregon's Kissing Book. Following the release of this first single, Glossary started Champ Records and began recording its first album. Glossary's first full length recording, Southern By The Grace Of Location, was released in 1998 and met with critical praise. With the release of This Is All We've Learned About Living in 2000, Glossary further established itself as a dynamic collective comprised of inspired songwriters and musicians.

Most recently, Glossary was named Independent Artist Of The Year in the Nashville market by The Musicians Atlas. Other members of Glossary include Jason Manley (drums), Greg Jacks (guitar & vocals), and Kelly Smith (vocals & percussion). The band has been busy recording new songs for its next album, How We Handle Our Midnights, with producer Brian Carter.