April marked the first annual national Jazz Appreciation Month (JAM), a project launched by the Smithsonian Institution's National Museum of American History, backed by a hefty group of partners, including the National Endowment for the Arts, the U.S. Department of Education, MENC: The National Association for Music Education, the International Association of Jazz Educators, the Grammy Foundation and the U.S. Department of State. BMI is a sponsor of JAM, as is the Ella Fitzgerald Charitable Foundation. 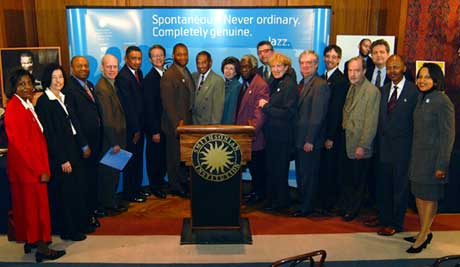