Posted in MusicWorld on June 12, 2001 by Danny Proctor 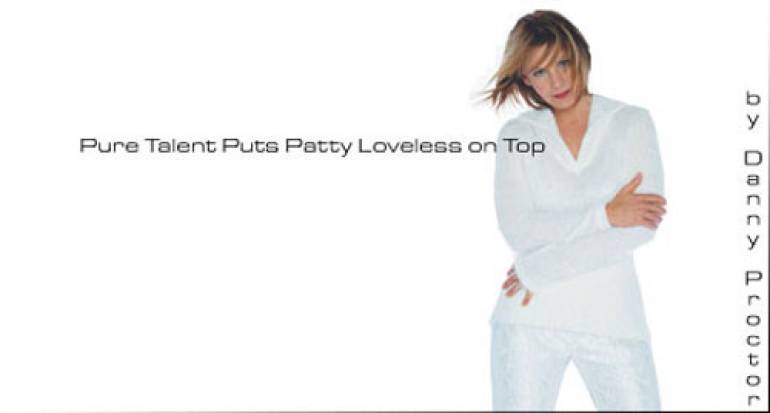 She's the woman Time magazine called "the queen of torch country." There's a reason she's won multiple awards from the Academy of Country Music and the Country Music Association, including Album of the Year and Female Vocalist of the Year. It's called pure talent. Plain and simple, no frills or fuss. Just get on a stage or in the studio and sing your heart out.

With her latest Epic album, Strong Heart, Patty Loveless demonstrates why critics and fans alike continue to come back to her for more, just as they have since her 1986 debut. With a fresh, bluesy, bluegrassy sound, Strong Heart has perhaps the most stellar roster of talent of any non-event album, including contributions by Matraca Berg, Trisha Yearwood, Claire Lynch, Ricky Skaggs, Rebecca Lynn Howard, Steve Earle, and Travis Tritt. Writers include Berg, Craig Wiseman, Al Anderson, and John Bunzow. Loveless teams as a co-writer with husband/producer Emory Gordy Jr. on three of the album's 10 songs.

Loveless says, "I'm not one of those people who can just cough out a song and I've gotten really rusty at it. I'm also a little shy because I'm intimidated by the songwriters of all these great songs I've recorded through the years.

"There are writers who go in every day and write a song that may not be recorded. The hard part for me is that I want to write a hit!" she laughs. "That's the way I was after Emory and I wrote 'You Don't Get No More.' I was a little nervous about writing it. He kept after me about it. It's one of those 'out there' fun things. That's definitely part of me and who I am.

"I'm not really a musician either," says Loveless. "My only true musical instrument is my voice and what melodies I hear in my head. For some reason, Emory's able to transpose what I'm thinking into his fingers and write it out. He's very good at that. That's why we work so well together."

Because she considers herself to be primarily a singer, Patty continues to broaden her range and skills vocally.

"My voice is the instrument I play. Sometimes I have to think a certain way to sing so that the sentiments of the song come across. You have to express yourself in the right way. You can't always shout to get across. Sometimes you have to whisper, to lower your voice. Every guitar player knows what note they want to go for and they go for it. I do that with my voice."

Even as Strong Heart continues to beat, she will soon offer another album called Mountain Soul, set for a June 26 release on Epic. A musical return to her Appalachian roots, the 14-song collection (recorded live) draws on traditional material and Loveless/Gordy originals, including "The Sounds Of Loneliness," which Loveless wrote as a young girl and sang for Porter Wagoner on her very first trip to Nashville at 14.

"That song has been with me throughout my career," Loveless says. "It was my father's very favorite thing I ever wrote . . . [and it] opened doors for me - and it was part of my very first album. It is a song that came literally out of the hollers where I grew up, so it seemed like the perfect fit for this project."