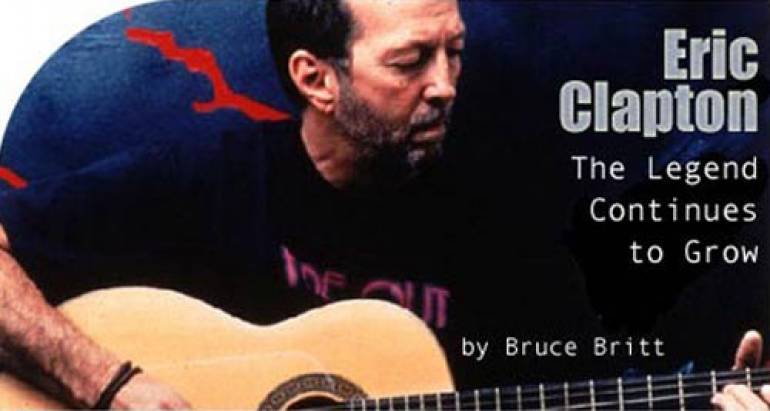 In the late '60s, British rock fans were so worshipful of Eric Clapton's guitar playing, they blasphemously scrawled "Clapton is God" on storefronts throughout London. In the years that followed, personal problems and tragedies - most notably, the tragic death of Clapton's infant son - proved the guitarist was all too human. But Clapton persevered and has since become that rare artist who wins fame on his own terms. In a business that often thrives on gimmicks and image, Clapton is a symbol of talent, diligence and uncompromising musical integrity. As he approaches his 40th year in the global spotlight, Clapton's mythic stature is stronger than ever.

Consider his recent accomplishments. Clapton is the only triple-inductee into the Rock & Roll Hall of Fame (as a member of the Yardbirds and Cream and as a solo artist). In 1999, the singer, songwriter and guitarist won a Grammy for his performance on "The Calling" from Santana's celebrated album, Supernatural. Next, the British rock legend teamed with B.B. King in 2000 for the critically acclaimed, Grammy-nominated album, Riding with the King. Early 2001 saw the celebrated CD reissue of Blind Faith, the 1969 "supergroup" album featuring Clapton, Steve Winwood, drummer Ginger Baker and bassist Rich Grech.

With his legacy firmly established, Clapton has reemerged with his first solo album in four years. Co-produced by the guitarist himself and featuring 14 tracks, Reptile provides a stylistic overview of Clapton's illustrious career, with some musical surprises thrown in for good measure. The album commences with the title track, a Latin samba showcasing Clapton's heretofore unheralded jazz guitar playing. Tracks like "Find Myself" and "Believe in Life" recall his laid-back '70s recordings, while "Got You On My Mind" and "Come Back Baby" feature searing guitar and bluesy vocals that hearken back to Clapton's formative days with the seminal British band, John Mayall's Bluesbreakers.

Reptile was partially inspired by B.B. King, who teamed with Clapton in 2000 for the aforementioned Riding with the King. "It was such a magical experience that I thought, 'well, why not just complete the philosophy and make an album . . . while this is all still kind of hot, for myself'," Clapton commented recently.

Born in Surrey, England on March 30, 1945, Clapton started his career pinch-hitting in a couple of bands in the early '60s. He rose to prominence in the Yardbirds, with a lineup that would eventually include the three top British guitar heroes of the decade: Clapton, Jeff Beck and Jimmy Page.

In the '70s, Clapton commenced an auspicious solo career that has resulted in film soundtrack scores, album rock classics like "Layla" and unforgettable singles like "I Shot The Sheriff," "Lay Down Sally," "Tears In Heaven" and "Change the World."

Listening to Reptile, one senses Clapton's hitmaking days aren't over. The CD features a wealth of potential hits and highlights the guitarist's soul-stirring musicianship.