Posted in MusicWorld on January 31, 2001 by Mike Magnuson 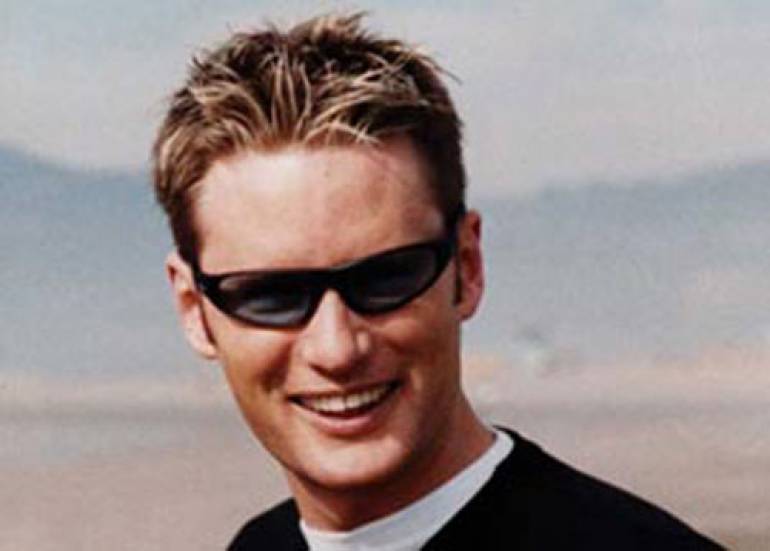 So many movies, so little time: That's the dilemma facing Los Angeles-based composer Brian Tyler, who's contributed music to over a dozen movies in the past two years alone, including Sirens, Simon Sez, and the upcoming Panic with William H. Macy and Neve Campbell. To make matters even more complicated, he can't quite seem to figure out what his specialty is. Or, as he puts it, he has a bipolar music background.

His grandmother was a concert pianist, he's had his share of formal training including a Bachelors Degree from UCLA and a Masters from Harvard and he's right at home composing for and conducting an orchestra. His parents raised him on Zeppelin and Hendrix, and he cut his teeth in teenage garage bands.

It's not a matter of struggling to find a niche, but merely of wanting to indulge both sides of his musical personality.

Both are my home, he says. "If I'm doing a classical score like 4th Floor, then the next project that comes along I [try to] do the photo negative of that score in terms of sound," Tyler says.

In fact, that's partly how he chooses his projects. "I'll actually go thriller, drama, edgy romance, comedy, thriller . . . and it kind of circles like that," he explains.

By the time these projects get to him, they're usually behind schedule and on deadline. He'll typically have just four weeks to complete a score (though he's had as little as eight days) but the fast and furious pace appeals to him as much as the chance to cross genre lines does.

For all his formal training, and the inevitable backlog of material that is trying to find a home, Tyler still relies mostly on pure inspiration when he writes. "When I watch the picture, all of a sudden music starts happening," he says.

For that reason, his work is far from done. "I really am liking each score I do kind of better," he concludes. "[But] I'll always want to do more and better, so that's hopefully where it ends up heading."