Posted in MusicWorld on November 30, 2000 by Jon Matsumoto 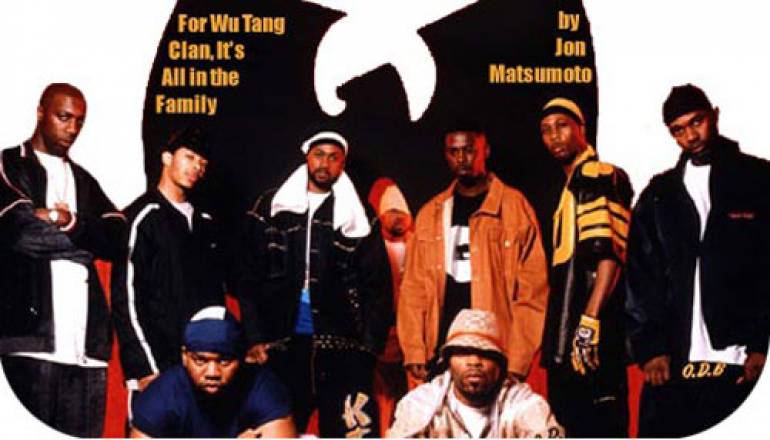 ''Wu Tang is one big family,'' says Steve Rifkind, president of Loud Records. ''Them together is pure energy. It's family, it's love.''

Loud Records is the home of the New York-based rap collective Wu Tang Clan. And Wu Tang really is like a family - a very large family. Comprising nine members, the group operates as a single unit and as individual artists. Method Man, Ghostface Killah and Ol' Dirty Bastard are Wu Tang members who have garnered acclaim as solo artists. Method Man's 1994 Tical album and Ghostface Killah's 1996 Ironman CD were both deemed artistic triumphs by many critics.

The drawback to all this individual activity is that Wu Tang itself has only released three albums since it formed in Staten Island, New York in 1993. The latest, entitled The W, was unleashed on the public this past November.

Wu Tang tracks draw their imagery from martial arts movies, stark urban life and Nation of Islam ideology. Some have placed the group in the same heady hip-hop pantheon occupied by rap trailblazers Public Enemy and N.W.A. The connection to the latter West Coast rap outfit is particularly apt since N.W.A. also served as a launching pad for numerous solo careers, including those of Dr. Dre and Ice Cube.

The W isn't nearly as groundbreaking as Wu Tang's 1993 debut album, Enter the Wu Tang (36 Chambers). But it is much more cohesive than the outfit's sprawling second album, a double CD effort titled Wu Tang Forever. It's also possesses a grit that's lacking in much of today's spit-shined rap.

If Wu Tang Clan is a family then RZA is like its reigning big brother. "They call me the nucleus of the group because I have a common denominator with each one of them," he recently told a reporter from the Los Angeles Times. "Before they knew each other, they definitely knew me." RZA, 29, met most of the clan while he was living in various housing projects in Staten Island. He also produces most of Wu Tang's music.

Like many families, the Wu Tang Clan has had its interpersonal problems. A few years ago, a much-ballyhooed tour with Rage Against the Machine dissipated due to internal strife that gripped the group. Ol' Dirty Bastard has had run-ins with the law and recently spent time in a halfway house. Also, Ghostface Killah had to push back the release of his second album due to serving jail time on a parole violation.

Nevertheless, Wu Tang Clan did manage to come together to record The W while living communally for three months in Los Angeles.

"I'm dealing with a group of masters here," RZA told Rolling Stone. "I don't need to call anybody else when I've got these niggas. I'm the happiest producer in the world."