Posted in MusicWorld on October 31, 2000 by Rob Patterson 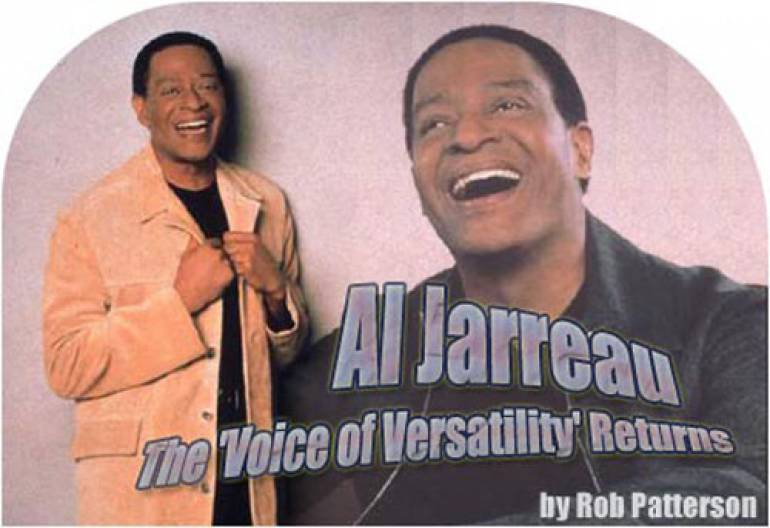 Over his 25-year recording career, Al Jarreau has won a unique hat-trick of awards for his singing ability. He earned his first early on, in 1977, when he won the Grammy for Best Jazz Vocal Performance. Since then, Jarreau has gone on to earn another Grammy for Best R&B Vocal Performance, and one for Best Male Pop Vocalist, as well as two more Jazz Vocal honors. No wonder the Chicago Tribune hails Jarreau as "the voice of versatility."

And after a quarter century where he's been consistently at the top of his game, Al Jarreau shows no sign of slowing down. After a six-year hiatus between recordings, the charismatic singer has returned with the aptly-titled Tomorrow Today. On the disc, Jarreau delivers the goods both new and old.

"The real challenge with this album was that I wanted listeners to feel comfortable with what they've come to expect, but surprise them with something they may not have thought about," explains Jarreau. "That's what they get when they come to my concerts, so why not on an album?"

Jarreau first emerged in the mid-1970s in San Francisco, where he sang in a trio with George Duke, and later made his name with solo gigs in Los Angeles and New York City. He has succeeded in mixing familiarity and innovation since he released his debut album, We Got By. He quickly rose to enter the hallowed pantheon of jazz vocalists, and soon after expanded his appeal into the pop and R&B realms. Since then Jarreau has done everything from singing the theme song to the hit 1980s TV series Moonlighting to performing Bach vocal pieces alongside his own material with symphony orchestras.

Hence, Tomorrow Today has its mix of styles and moods. Two highlights are jazz instrumentals that Jarreau wrote lyrics for: Weather Report's "A Remark That You Made" (re-titled "Something That You Said") and Joe Sample's Crusaders tune "Put It Where You Want It" (re-named "Puddit"). "I love a great lyric," enthuses Jarreau.

He also shares a vocal on "God's Gift to the World" with Vanessa Williams. "Vanessa really helped bring this song to another place," says Jarreau. "I'm so tickled and flattered that she sang this tune with me."

So even if Jarreau set out on Tomorrow Today simply "to make some good music," the results are far greater. "As it turns out, this album is some of the best music I've ever done, no question about it," he concludes. "It feels like 'Al Jarreau 2000.'"