Posted in MusicWorld on July 31, 2000 by Marjie McGraw 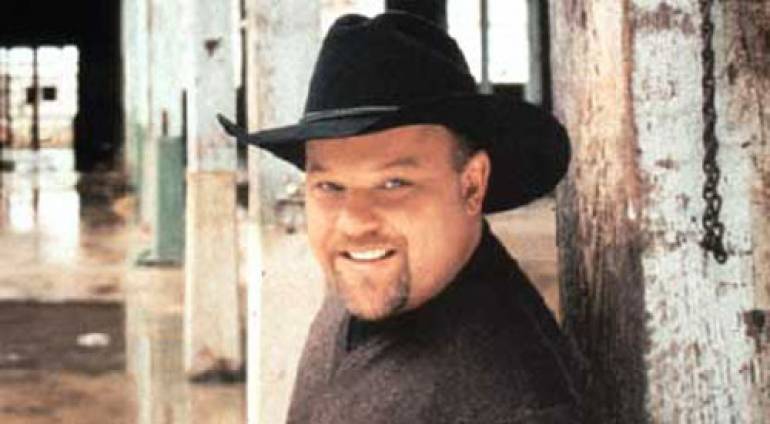 Chad Brock has never been one to sit around and wait for life to happen. Like the cowboy in his hit, "Lightning Does the Work," Chad "takes the bull by the horns and throws him to the ground." He takes twists of fate and bends them to his liking.

In high school, for example, the Ocala, Florida native signed up for chorus because he "wanted an easy 'A'." But rather than following his original path of least resistance, he believed his chorus teacher when she said he had talent, and he morphed from jock to choral soloist. When she encouraged him to follow his heart, the ace linebacker turned down a football scholarship and moved to Nashville to pursue his dream of becoming a country music star. He dedicated his eponymous debut Warner Bros. to his late chorus teacher, Florence Gabriel Reese.

Brock soared to number one with his debut single, "Ordinary Life," then encored with the title-cut of his sophomore album, "Yes!", which topped the Billboard country singles chart for three consecutive weeks.

Chad co-wrote "Yes!" - the true story of how he met his wife, Martie - with hit tunesmiths Stephony Smith and Jim Collins. Although only two weeks into the relationship, he knew he'd met "The One," and deliberately tempted fate by crafting a marriage proposal into the second verse. Chad and Martie exchanged vows eight weeks later. Just like in the song, "She said, 'Yes!' And [he] said, 'Wow!'"