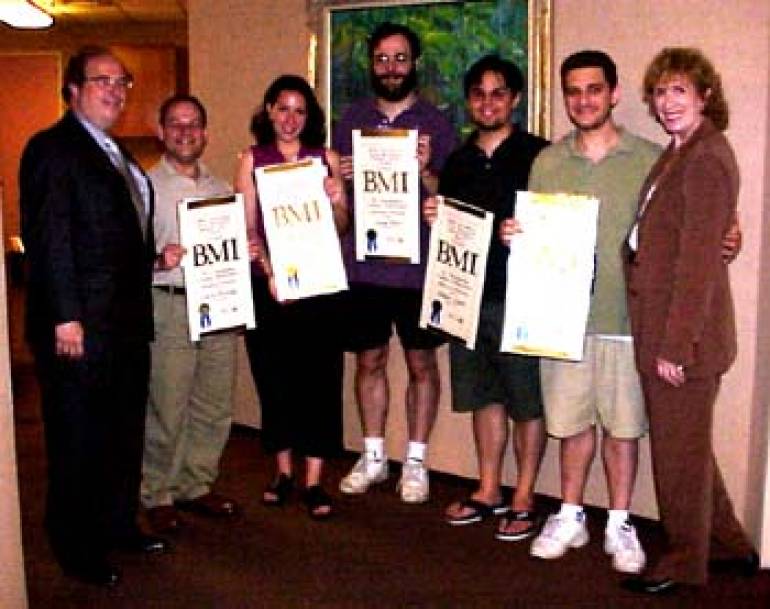 The BMI Foundation is proud to introduce the first annual Jerry Harrington Musical Theatre Awards in recognition of Oustanding Creative Achievement in the BMI-Lehman Engel Musical Theatre Workshop. Certificates and cash prizes will be given out during a reception on July 10, 2000 at the BMI New York office.

Established through the BMI Foundation by Harrington’s longtime friend and colleague, BMI Assistant Vice President and Counsel Evelyn Buckstein, the awards will be given each year in Harrington’s honor to celebrate the late attorney’s lifelong love of musical theater.

The BMI-Lehman Engel Musical Theatre Workshop was established in 1961 by the late Lehman Engel, dean of American musical theater, to create a setting where new writers could learn their craft. Consisting of approximately 200 members, most of whom are actively writing for the musical theater, the Workshop is a highly competitive and selective teaching environment designed to provide hands on opportunities for theater composers and lyricists. An innovative program at its inception, the Workshop continues to flourish and is considered to be the foremost training ground for new writing voices.

Founded in 1985 by BMI Senior Vice President Theodora Zavin, the BMI Foundation, Inc. offers grants which make possible the continuation and development of creative programs for the composition of new music and the performance of these new compositions. With the aid of the distinguished writers, composers and publishers who serve on the Foundation’s Advisory Panel and the executive staff from BMI who serve as its officers, the Foundation’s grants offer a platform of support that fosters the growth of young composers and ensures the continuation of the heritage of American musical ingenuity for generations to come.