BMI composer John Griffin, whose music can be heard on ABC's Who Wants To Be A Millionaire, America's most popular game show, was honored recently with a BMI Film & TV Award for his work with the show. The BMI Crystal was presented to him on their famously high-tech set in New York. 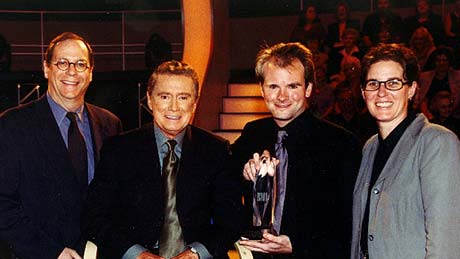