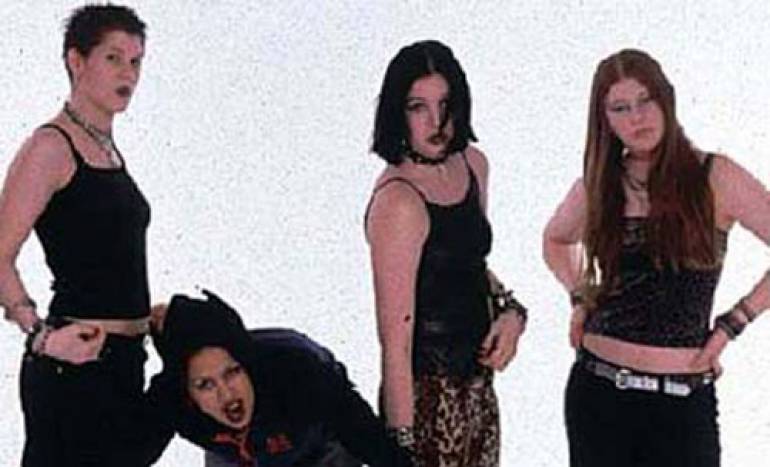 One of the year's most significant indie-label success stories is Kittie, a hard-rock combo comprising four girls from London, Ontario, ranging in age from 16 to 18. On their debut album, Spit, the fearsomely precocious quartet plays dense, aggressive glam/goth/metal, inspired as much by Iron Maiden and Black Sabbath as it is by Hole and L7.

"It's all just completely natural; we don't really try to sound like anything, it just happens," says Morgan. "This is just what's normal for us."

The band came together in 1996, when guitarist Fallon and drummer Mercedes met in gymnastics class and bonded over a shared affinity for Nirvana and Silverchair. The two began jamming, and were soon joined by Mercedes' younger sister Morgan. By the time the band scored a deal with Ng/Artemis, they'd already won a supporter in Rage Against the Machine/Red Hot Chili Peppers producer Garth Richardson, who was behind the console for Spit. Bassist Talena Atfield joined last fall, replacing original member Tanya Candler.

Spit has won considerable favor in the male-dominated hard-rock community, having recently toured with Slipknot and performing as part of Ozzy Osbourne's Ozzfest.

"If people want to understand, they have to come and see us," says Morgan. "We're loud and we're aggressive and we're in your face because it gets the point across. You can't switch off the sound of someone screaming."