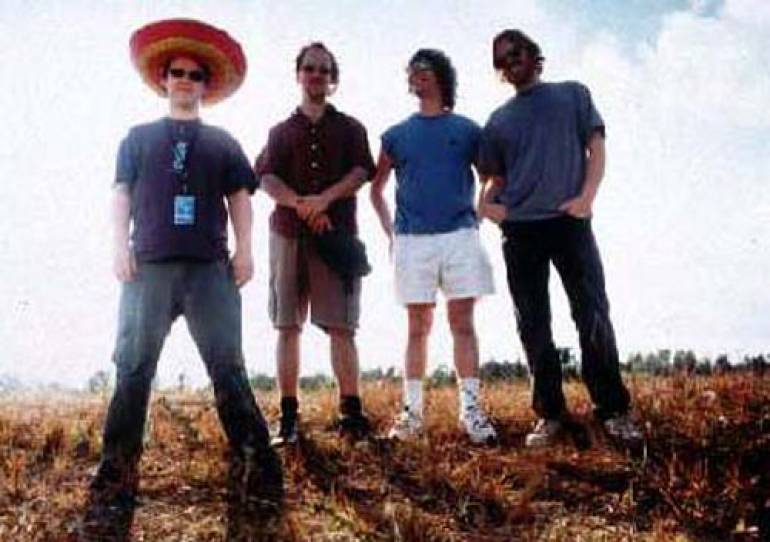 After more than 15 years of jamming and 10 successful records, six of them gold or better, Phish may have actually just released the album that brings them into the mainstream. Farmhouse cuts the jams short and delivers some of the most melodic songs in the band's history. By sticking to their rock-meets-blues-meets-folk style, Phish will certainly keep their fan base of Phish-heads, and will probably gain some new followers who might not previously have been interested in listening to a group labeled a "jam-band."

Even the album-ending instrumental track "First Tube" is just under seven minutes, significantly shorter than the jams Phish has become famous for, both on albums and in live performances. With Trey Anastasio on guitar and vocals, Jon Fishman on drums, Mike Gordon on bass, and Page McConnell on keyboards, Phish delivers rocking cuts such as "Farmhouse" and "Heavy Things" that have full radio potential, which is uncommon for the band. However, they maintain their usual sense of humor in their lyrics, most of which are written by Tom Marshall.

This, of course, does not mean Phish will not be their usual selves on their tour, which recently kicked-off at Radio City Music Hall in New York. On May 21-22, 6th Avenue was converted into a scene normally reserved for the parking lot. On a street dominated by commuters in suits just a few hours before, fans in tie-dye, concert t-shirts, and even tuxedoes and evening gowns (the results of an Internet-created phenomenon known as "Project Phormal") celebrated the band's short stay in New York. For those who managed to get tickets, the party continued inside, creating a scene not at all typical for Radio City.

Aside from touring, the band will promote Farmhouse on their web site, www.phish.com, and will most likely receive a slew of "free" promotion from their fan sites. Called "the world's most wired group" by Rolling Stone, Phish has taken full advantage of the Internet, using it to sell their "dry goods," promote their music and build a strong following of tie-dye-wearing, computer-savvy Phish-heads.