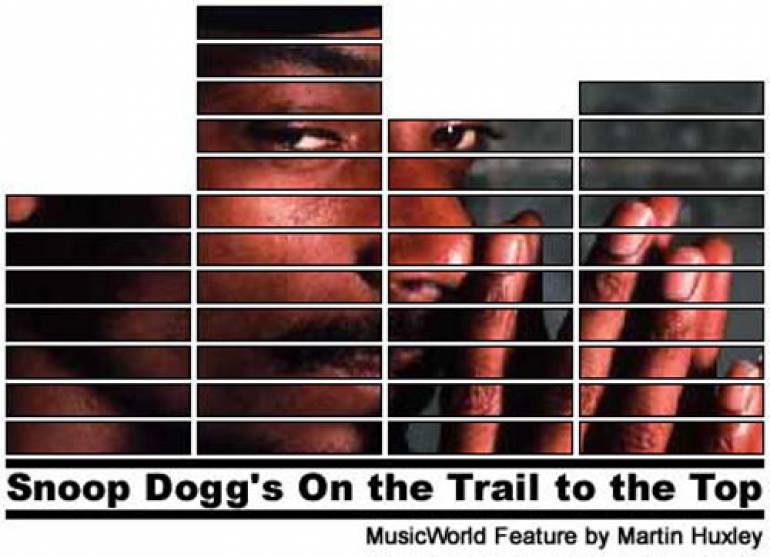 Snoop Dogg's new album, No Limit Top Dogg, is already being hailed as a classic by many observers - including the artist himself.

"This album solidifies me in the hip-hop game as one of the top five solo artists in the history of the music," Snoop states. "I've been on top of the rap game ever since I've been in it."

The artist, born Calvin Broadus, grew up in Long Beach, California, escaping a life on the wrong side of the law through music. He began making homemade tapes of original hip-hop material with then-partner Warren G, who gave a tape to his stepbrother, N.W.A.-member-turned-rap-impresario Dr. Dre. Dre was impressed with Snoop's talents and signed him to Death Row, the label he co-founded with Suge Knight.

By the time Snoop's second full album, The Doggfather, appeared November 1996, Dr. Dre had left Death Row, and the death of Snoop's friend Tupac Shakur had cast a shadow on the gangsta style with which Snoop was generally associated. Snoop moved to rapper/entrepreneur Master P's No Limit label for 1998's Da Game Is to Be Sold, Not to Be Told, which unveiled the more relaxed lyrical stance that he maintains on No Limit Top Dogg. The new album, which lists Master P as executive producer, includes three tracks produced by longtime mentor Dr. Dre, as well as collaborations with Warren G, Nate Dogg, Xzibit, Silkk the Shocker, Mystikal and Raphael Saadiq.

Along the way, Snoop has also launched his own label, Dogg House, and published his autobiography, "Tha Doggfather: The Times, Trials and Hardcore Truths of Snoop Dogg." No Limit's multi-media focus has also allowed him to explore acting, starring in the company's direct-to-video 1998 feature flick Da Game of Life.

Snoop Dogg recently announced his participation in a reunion of Dr. Dre's legendary crew N.W.A., alongside original members Dre, Ice Cube and M.C. Ren. Snoop plans to join the group - which pretty much put West Coast hip-hop on the map in the 1980s - for a new album and world tour.

"I've got a lot more work to do, but before it's over with, I'm trying to be one of the best in hip-hop of all time," he concludes. "I'm on the path with it right now. I've just got to keep pushing forward and doing what I do to make a difference in every level of the game."