Posted in MusicWorld on February 29, 2000 by Bruce Britt 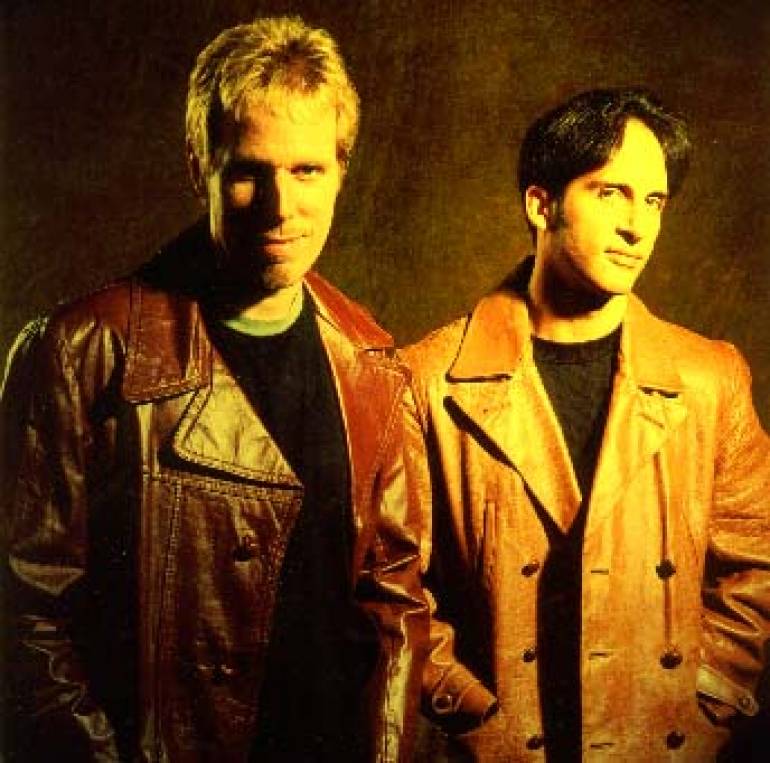 Examining the careers of Carl Sturken & Evan Rogers is akin to reading the saga of two mythic guns-for-hire. Driven by a restless creative spirit, this talented songwriting and producing duo has worked with a variety of artists. During the past decade, they have contributed to acclaimed recordings by such notables as *NSYNC, whose 10x-platinum album includes the Sturken & Rogers Top 10 hit “God Must Have Spent a Little More Time On You.” The song later went on to become a Top 5 Country hit for Alabama and was nominated this year for a Grammy. They have also contributed to the albums of Boyzone, including the #1 hit “All That I Need,” pop divas Christina Aguilera, Mandy Moore and Jessica Simpson, and jazz artist Dave Koz.

Sturken & Rogers are also known for the comeback they helped engineer for Donny Osmond. Though many had dismissed Osmond as a ‘70s relic, Sturken & Rogers helped sculpt a mature new sound for him. The result was the 1989 album, Donny Osmond, which included two Sturken & Rogers-penned hits, “Soldier of Love” and “Sacred Emotion.” The recordings resuscitated Osmond’s career and established Sturken & Rogers as a behind-the-scenes team to be reckoned with.

Sturken & Rogers got their start in the late ‘80s working with such artists as Cheryl Lynn, Stephanie Mills and Jennifer Holliday. In 1991, they scored a #1 pop hit, “P.A.S.S.I.O.N.” with their own group, Rhythm Syndicate.

The multi-talented duo hasn’t looked back since. They recently signed an exclusive worldwide publishing deal with Universal Music and are working with touted up-and-comers like Anastacia, Mikalia and Innosense.