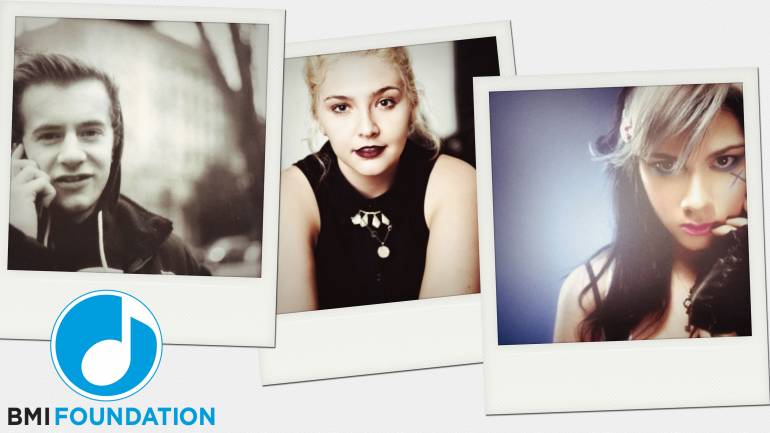 Vice President of the BMI Foundation and Director of the John Lennon Scholarship songwriting competition, Samantha Cox, announced that Caitlin Notey, a 22-year-old student of Popular Music at the University of Southern California Thornton School of Music, is the first place winner in the 17th annual songwriting event for her song “Still.” Eighteen-year-old Jax Cole, a student at Middlesex County College/New York University, came in second place for her song “Always You,” while 21-year-old Duncan Johnson of Berklee College of Music was the third place winner for “Catch.”

The John Lennon Scholarships were established in 1997 by Yoko Ono, in partnership with the BMI Foundation, a nonprofit corporation founded in 1985 to support music creation, performance and study through scholarships and grants. The scholarships continue through generous donations from Ono, and over the course of 17 years of competition, more than $360,000 has been awarded to student songwriters.

All three prizewinners are already deeply involved in the music scene, while pursuing their studies. Notey is doing session work for commercials and demos as well as producing vocals and assisting sessions at a North Hollywood studio, all the while writing her own music. Both Cole and Johnson are also heavily involved in writing, recording and music production.

As a leader in music rights management, BMI has working relationships with many schools to provide music students with beneficial insights into the art and profession of songwriting, including the USC Thornton School of Music, of which Caitlin Notey is a student. Led by Chris Sampson, Vice Dean for Contemporary Music, the school’s groundbreaking Popular Music Program, which launched in 2009, is the first bachelor’s degree program of its kind within a major U.S. university. Notey’s win is indicative of the fact that mentoring programs, such as the one developed by Sampson with BMI’s Los Angeles office, are invaluable in helping students hone their skills and learn to navigate the industry.

For detailed bios of this year’s winners and to hear their songs, please visit the BMI Foundation website.