Posted in MusicWorld on August 28, 2014 by Ellen Mallernee Barnes 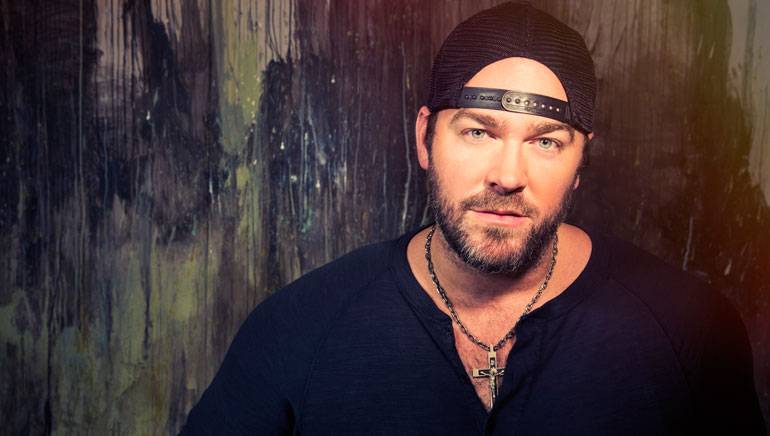 With so many people orbiting Lee Brice and so much attention heaped on him — and with schedules to stick to and places to be — the BMI country music star is so busy that you can practically hear it. There’s a buzzing around him, but it’s a noise and a chaos that Brice can cut right through when he wants to. In spite of all the demands on his time, Brice acts as if he has all the time in the world. He’ll make you feel that way anyway. He’ll call you “darlin’” and twist the chunky college rings around on his fingers and bat his gray eyes at you, and the volume suddenly gets turned down. He’s got the kind of peace and presence that people have when they’re truly happy — and truly charming. He will apply to you the same laser focus that he applies to his songs, including “I Don’t Dance,” the title track from his upcoming album, out September 9. Brice took some time out of his busy schedule to talk to BMI about writing from the heart, his big break and creative process.

You wrote 13 of the 16 songs on the deluxe edition of I Don’t Dance, and on one song you played every instrument. Why was it important to you to have your hands all over this album?
I always have wanted to. And I always have had the opportunity to be a part of and choose every note and every lick. It’s just — the things I had in my head when I was younger and less experienced — I didn’t know how to get them out of me. It takes a while in the studio to figure out how to do that. About halfway through Hard to Love I started figuring it out, and I put a lot of that to use on this album. I’ve looked back on records and said, ‘Man, if I had just taken a little more time with that I could have made that better,’ or ‘I could have done the lick that I wanted here or the melody or the feel.’ I just wanted to leave it all on the table. I had so much fun making [this album], I just can’t get over it.

How do you know if a song you’ve written is any good? How does a good song make you feel?
I used to write hundreds of songs a year, and songs started to show me if they’re good or great. But now I’ll have an idea or get into a melody of a song and I won’t do it unless I really feel pretty confident it’s very special. With that in mind, as we’re going down the road of writing it, if I feel us or me or whoever having a tangent — or going off somewhere we shouldn’t be — I back up. Take our time and make sure it’s exactly what I’m imagining. My imagination says it’s going to be great and it’s going to be life changing, so until it’s there it’s not done to me. I take my time and make all of them matter. Then it’s just a matter of choosing which songs fit together great on a record.

What themes resonate in your songs?
I am a rough, tough redneck, but the thing about me is I grew up listening to the ballads. I grew up listening to Vince Gill and Alabama, like “Lady Down on Love.” Even my rocker people that I loved, I loved their slow stuff. I loved Hank Jr.’s “Blues Man.” I loved listening to Whitney Houston sing “I Will Always Love You.” I love Brian McKnight. That’s the stuff I love. So it comes out of me most of the time. I have to force myself to get moving with some tempo that’s just straight up fun. I’m a fun guy and I like to party with the best of them, but musically I don’t go there naturally. I have to get myself to go there. So “Parking Lot Party” was a departure for me. That was me going, ‘I want something fun. I want something that people don’t have to think about or care about — they can just be on the tailgate.’ And that was exactly what I said when I walked in the room [to write “Parking Lot Party”]: ‘Guys, let’s write something fun we can tailgate to.’ That’s what I have to work at. The ballad stuff — the stuff that comes from the heart — that’s the stuff that comes natural for me.

You’ve said you apply the same mentality you used as a Clemson football player to songwriting—how so?
When you’re at football practice or in a football game, you get tired. And you even get to the point where you think, ‘Why am I doing this?’ It’s daunting, but then you learn over the years to push through, no matter if you’re tired and if you think that it is completely over, you’ve lost the game, or you just don’t have one more step in you, you just do it anyway. Well, when you’re writing a song — sometimes producing a song — and you get to a point where you think, ‘This just is not going to work,’ you’ve got to keep going, keep going, keep going, try it again, back up, start over, fix it, move forward, push, try something weird, continuing on, not giving up — that’s the thing. Just about anything in life is like that; if you really want it you have got to just make it happen. You’ve got to keep going.

In 2007 Garth Brooks recorded your song “More Than a Memory.” Do you consider that your big break or was it something else?
Moving to town and meeting the people that I met was really my big break. But [“More Than a Memory”] was probably the first major thing that happened to me, and it gave me a big boost as an artist. As a new artist you need anything you can get to get you started, so to get a big cut on a big artist like Garth — that was a big deal — and then on top of that it was a hit single and it broke some records. So yeah it was a big deal for me, but the big thing to me in Nashville is just meeting the right people and being in the right places. So I was really fortunate when I came to town to meet the right people, including Doug Johnson. That was really the reason I was able to get started on the right path.

Who is your favorite living songwriter and why?
Oh, man. Probably Dean Dillon. His whole life is a song. He speaks in songs. His heart, everything about him is poetry and beauty. He’s the man to me. I’m privileged to be able to write songs with him. He’s been out on the road with me a few times, and so we’ve written some really great songs together that some day will be a part of my career. He’s actually a great friend, too. Even if he wasn’t a great friend I would still say he’s my favorite.

How do you get going when you start to write a song? What’s the process like?
That changes from song to song. It starts sometimes with a melody, sometimes with a groove or lyric, sometimes with an emotion, and a lot of times it does start with that title that you hear that you wrote down in your phone. But the biggest deal is making the time to sit down and really concentrate and give that song a real shot. Every song comes in different forms, but it starts from somewhere inside.

What’s the most and least country thing about you?
The most country thing about me is most of me. I’m pretty redneck. I’m from South Carolina. I mean, I don’t know, I could tell you one thing: Last night it was my birthday, and [my wife] Sara goes, ‘Hey, so what do you want for your birthday? I want to cook you a real nice dinner tonight.’ She said, ‘What would your dream dinner be?’ I said, ‘Mama’s chicken and rice, grandmama’s macaroni and cheese, Aunt Henrietta’s sweet potato pie, and some biscuits.’ So that’s my dream dinner. The least country thing about me? That’s hard. It may be some of the music that I really enjoy, like Bruno Mars. Bruno Mars is a beast. He’s even got a lot of country sense about him — he’s got a lot of genres in him, too. Somebody who’s very, very far from country that I think is a genius is Eminem. His new record is out of this world. You can tell that he dug deep on it, and he just brings his talent to a new level. I respect that and his talent of putting words together. As a writer it’s very impressive.

What advice do you have for aspiring songwriters?
You have to be where the songwriters are, where the artists are, and where the music is. You have to move to Nashville. I have some friends who live away from Nashville, but they literally come to Nashville for two or three weeks at a time every couple of months; they spend that time just ferociously writing songs. You have to be around it, you have to surround yourself with it, and it takes time. It’s a relationship. It’s a beautiful thing to be able to tell somebody, ‘Hey, man, I’ll cut your song,’ but that’s not a career. A career is to get here and be around the folks and do it right.

Why did you choose BMI?
When I first came to town, I met Mark Mason, and Mark Mason was just awesome to me. A lot of times this town is about relationships, and I had a great relationship with Mark and a few other people at BMI and it just felt like a very natural thing for me. They’ve always treated me great ever since, so there’s never been a thought of leaving.