Posted in MusicWorld on October 25, 2013 by Juliet Simon 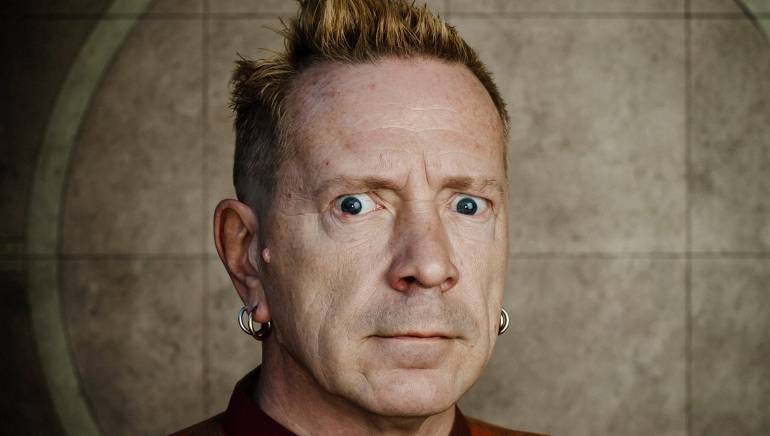 Once perceived as the angriest man in music, today BMI Icon John Lydon, legendary frontman of the post-punk band Public Image Ltd. (PiL), is reflective and downright philosophical, discussing the limitations and gifts of humanity along with the pleasure he receives “looking out for people.” Has he lost his edge? On the contrary, Lydon is as raw and pure as ever, but with a sense of positivity, likely derived from the wisdom accumulated through his incredible life’s journey. From his days as Johnny Rotten of the Sex Pistols, during which time he started a cultural revolution, to the creation and breakup of Public Image Ltd. to his solo work and years later the reuniting of PiL, the band he says brings him “the ultimate joy,” Lydon definitively declares that he “was made for writing songs and performing.”

Evolution is a theme that runs through his storied career, as well as a passion for honesty and originality. This came through when BMI had the opportunity to speak with Lydon about the punk scene and music today, his creative process and his take on controversy and his own public image. In turns poetic and profound, Lydon confirms his status as one of the most relevant music creators of our time.

1. Talk a little bit about the early punk movement. How would you characterize it?
Unfortunately, the whole thing got sucked up in its own greed and lust. There was no real camaraderie between the bands. There was just resentment and jealousy and spite and hate. It was terrible. The element of competition had been introduced into something that wasn’t about competing. And so whatever sense of unity punk had, it very quickly dissipated. All the petty problems that the world was already self-indulged with enough reared their ugly head in a thing that was supposed to be pure. So for me it was heartbreaking, really. I feel let down by it. But it was a worthy attempt. And if a thing’s wrong, well you fix it, so I did. I fixed it so well that I formed Public Image Ltd. and that’s the most correct way of fixing anything. That’s the band that brings me the ultimate joy.

2. You’ve had such an enormous influence on popular culture, outside of music, with fashion and art. What was it like to see your style and vision reflected all around you?
Well, they say imitation is the greatest form of flattery. I have found that not to be the case at all. In fact, it fills me with a great resentment. It’s, ‘Why are you copying me?’ What I expect from you, whoever this alleged next person is, is their originality, their approach to life. I want them to share their message and their knowledge with me in return and not just be a mirrored image of me. If that’s the case, then I’ve achieved nothing.

3. Can you describe your creative process when you sit down to write?
Before I ever put pen to paper or lyric to tune, it’s usually jumping around in my head for months, if not years, until the right sequence of events finally fits in and slots in together. And then the next process begins, which is the music that would be appropriate for it. There’s no hard and fast rule though. Sometimes I could just freeform write and I don’t know where all the thoughts have come from. They happen almost instinctively. But usually I’m thinking and writing all the time in stanzas.

4. Do you like to work alone or is it collaborative?
Oh, it’s very much collaborative. Initially it wasn’t ‘cause I was way too shy for my own good. In the very early Pistol days, I’d be mumbling in the corner, hoping no one was really listening. And that was how rehearsals were for us. The first time I ever had monitors, for instance, which was way down the road with the Pistols, we’d already done a few gigs, but the first time I ever heard myself I was horrified. I thought it was hideous, so talentless to my ears. But I got over that.

5. So, would you say you are self-critical?
Oh, I am. Totally. Amazingly. I am at times my own worst enemy. And I’m very, very severe when I judge myself. That’s why criticism from journalists, or whatever, no matter how harsh, is nowhere near as intimidating as what I can do to myself. But that’s an important part of it. You’ve gotta attack ego at every chance you get. That’s what keeps you sane and grounded, at least that’s how it works for me. 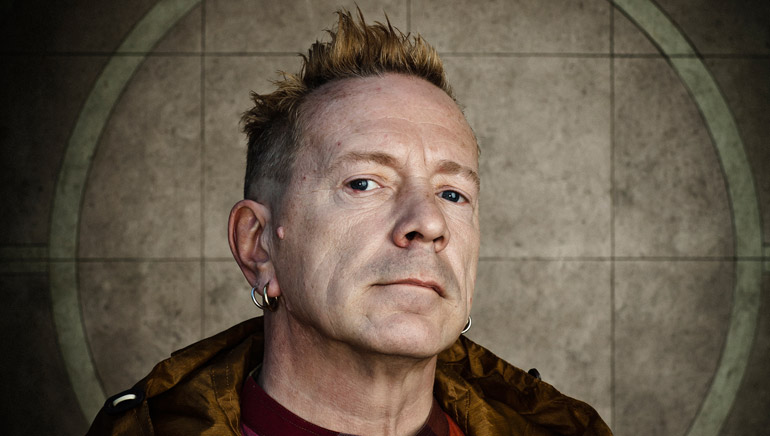 6. What kind of advice would you give to other songwriters who are critiquing their own work and feeling stuck?
Well, basically hate and mistrust everything you do. You can’t go far wrong. Don’t fall in love with your big, bad self because, you know, no matter what you come up with, no matter how clear your vision, it still will be full of warts and pockmarks. Because none of us, as human beings, can create perfection. That’s the irony but the gift of life, I suppose.

7. With regards to your image, do you spend a lot of time deciding what to wear? Is it an important statement?
Yes. I’m very conceited from time to time. (Laughter) I get a great deal of pleasure out of clothes; I always have. And I pay attention. I like to. There are a few designers out there, I always appreciate what they come up with because I know there’s a real skill level involved. What I wear is a juxtaposition of events, really. It’s what’s available and what I can turn it into. And I think it’s important to your own personality. That’s what clothes do. It’s a self-celebration and it’s an important act of communication. And sometimes body language doesn’t quite get the message over, but most certainly, an ‘I Hate Pink Floyd’ T-shirt does. (Laughter)

8. You didn’t have an idyllic childhood. How did those early experiences shape your persona?
I spent most of my early years, apart from being in hospital, actually looking after my younger brothers because my mother was so seriously ill all the time, for one reason or another, and my father worked away from home. But I liked that. I like looking out for people. And not meaning to be an arrogant sod about it, but I came to realize there’s two words that are really relevant to me and that’s ‘I give.’ And that’s what I do – I give and I like it.

9. You’re no stranger to controversy. Looking back, is there anything that you would change or do over in your life?
No, I take it as it is, you know? And learn to live with the regret or whatever. I mean we’re not always uprighteously correct. You know? I am only human after all and I try the best I can. I think I’ve got at least another fifty years before I’m fully resolved as a complete human being, so I’m doing all right at the moment.

10. It seems like you’re living a very authentic life…
It is that…just to learn to wake up and to teach yourself how to pay attention, how to read between the lines when others write or speak and to see a thing for what it really is. It’s a much happier way of living, but painful at first to get to that point. But, oh, it’s so worth it. It just uncomplicates everything.