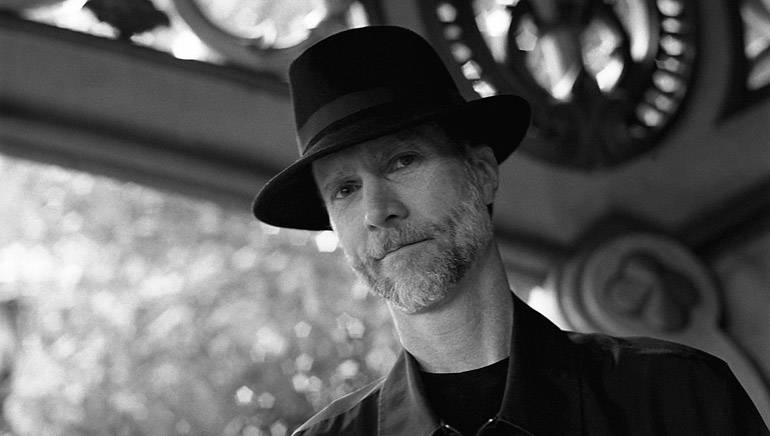 In writing or analyzing a piece of music, the notion of space is both multifaceted and unavoidable. For John Luther Adams, it is the root. His environmentally-minded compositions aren’t just inspired by geography and places he finds meaningful. Sometimes their performance demands musicians forgo the stage, scattering strategically instead around vast indoor and outdoor venues.

In this way, Adams has garnered a reputation for highlighting how we fit in to the world around us, musical or not. Pieces like “Inuksuit,” or, more recently, “Sila,” continue to redefine the immediate environment in which they’re performed, while his titanic opus “Become Ocean” has earned him two GRAMMY nominations as well as last year’s Pulitzer Prize in music. In addition to these prestigious honors, Columbia University’s School of the Arts recently announced that Adams will be awarded their $50,000 William Schuman Award this fall. The award recognizes “the lifetime achievement of an American composer whose works have been widely performed and generally acknowledged to be of lasting significance.”

On a recent call from New York City, the 62-year-old Adams opened up about the road that’s led him to his current standing as a world-renowned composer.

How did your relationship with BMI begin?
It would go back to the 1980s. I was a young composer thinking about affiliating with a performing rights organization, and ultimately what persuaded me — what did it was Ralph Jackson. A couple of years ago I wrote a piece on Ralph’s retirement singing his praises and talking about who he is and the difference he has made, not only in my life but in the lives of so many other composers.

In the larger musical landscape of new music, classical music, contemporary concert music — whatever you call this stuff that I’m involved with — Ralph is truly a force of nature. Now Deirdre Chadwick has taken over and like Ralph she’s an oboist. And like Ralph she’s a strong personality who cares passionately about this music. I feel really lucky to be working with her now.

But you’ve described that period as “lost years.” Did you mean that artistically more so than personally?
What suffered, or so I thought, was my health and also my music. I felt like I wasn’t doing as much composing as I wanted to do. I was living in the woods without running water, a mile and a half from the road. I was still working a day job. I was trying to have a family life but not living with them. It was hard on everyone, and I thought that, among other things, my music suffered. I finally quit my day job in 1989 and never looked back.

So although I didn’t compose a lot during the ‘80s, that’s when it was all coming together for me. It didn’t feel like it at the time. It was a mess, and so was I, but it was necessary in so many ways for me to go through that — not just emotionally and personally but also creatively, intellectually, artistically. I don’t really understand how that worked. All I know is that it did work — that when I thought I was wasting prime creative time, it turned out that the work was going on anyway.

Do you find that applies to your composing — that you have to step away and trust that a kind of subconscious process is still occurring?
I experience that all the time when I’m working on a specific piece, and sometimes it seems like an eternity: it might be a week; it might be a month; it might be a year or two that I’m struggling with something. And I know now just to trust that and go with it.

But I was younger, and this was a whole damn decade! [laughs] — That’s a long gestation period. I like to say that I made all the wrong choices: I didn’t go to graduate school; I didn’t win the right prizes; I didn’t study with the right people; I didn’t pursue a career…and of course over the long run they turned out to be all of the right choices.

When you were making those decisions, would you say it was a conscious effort on your part to avoid the conventional route whenever you saw two options?
I think it was this mixture of kind of purposeful defiance, but also, you know — you’re made a certain way. You have a certain temperament or constitution, and you’re obsessed with a certain vision of how your life is supposed to be and how your art is supposed to be, and you just can’t do anything else. I say I made all the wrong choices. Really, I didn’t have a choice.

What advice would you give to composers in a similar point in their artistic career?
Don’t do what I did! Make your own mistakes. Find your own private Alaska, and do that — whatever it may be, wherever it may be. You’ve got to follow that passion, that thing that you feel most deeply drawn to do.

Again, this idea of ‘the lost decade’: I’m realizing even as I’m talking, not only was it unconventional; it was difficult. To be carrying water and chopping wood, and living in an extreme climate, and trying to maintain multiple lives at once. And I didn’t realize how difficult it was until after the fact. But I think that’s why it took longer for things to come together for me, creatively, personally and professionally, because my path was a little more—[laughs] off-road.

Were there other “Alaskas” for you before? Either a place or moment that inspired you or opened you up in some new way?
There were little epiphanies like that along the way. The Beatles on Ed Sullivan in 1964. Frank Zappa introducing us to Edgard Varèse in the late ‘60s. There was my buddy Dennis Keeley, the photographer, telling me that, no, I wasn’t going to Columbia; I was going to this brand new, experimental school in Southern California, the California Institute of the Arts, and thank God I listened to him. There was reading Walden at the age of 15, having my whole view of life and the world and our place in the world challenged.

But the defining moment was when I first set foot on the ground in Alaska. It was the place itself, the wilderness and these vast seemingly untouched landscapes beyond which I couldn’t imagine. But it was also my community, or dare I say, my family: first and foremost my wife, Cynthia, who has been my soul mate and my life companion for 37-going-on 38 years now; then my two dearest friends, Gordon Wright, the conductor of the Fairbanks Symphony and the Arctic Chamber Orchestra, who was my next-door neighbor and my camping buddy; and also John Haines, Alaska’s great poet, who homesteaded up there in the late ‘40s and lived the life you and I can only imagine, and wrote poetry like no one else.

I just can’t imagine where I would be without them. Both Gordon and John are gone now. But the four of us shared a certain experience of the North: not just as a big pristine landscape but also as a place to begin again, and maybe demonstrate a different relationship between the human animal and the places we lived, to imagine a new culture if that doesn’t sound too grandiose.

A review of “Sila” describes an exchange in which you say you’re still learning the score to that piece. Can you explain what you meant?
I was in that moment where the notes were all on the page but I didn’t know whether it was going to work, or how, because “Sila,” like many of my works, is a pretty experimental piece. And although everything is written down, you don’t necessarily know what’s going to be happening at any given moment. You can say, generally, how things flow. It’s kind of an adrenaline or endorphin high to be on that edge.

It was such a big piece, in such a high profile venue, and I was right down to the wire with it. Being outside is even more problematic. We didn’t actually get to hear the piece before the day of the premiere — we had one indoor rehearsal and it was necessary and useful, but it was painful because you can’t really hear a piece like that indoors; it’s too big for even the largest indoor space. So I didn’t know until two or three hours before the first performance that we actually had a piece. That was kind of terrifying, but right where I want to be.

You’re also involved in education. How does that complement your creativity when composing?
Teaching has been an occasional thing for me. I do a lot of short-term residencies where I’ll go in for a few days or a week or two, give lectures, coach performances and critique work of student composers. And I really love that. There are a number of young composers and performing musicians that I’ve known as students who are out there in the world doing wonderful things. And that’s so gratifying, to watch them go out and make their marks in the art. I think if you’re a good teacher, you learn more than you teach.

I’ve decided it’s an important part of my calling, but it’s not a central part of my calling. I feel music is worthy of a lifetime of devotion, because music always knows more than I do. Music is always ahead of me, and my job is to follow it. It’s a process of trying to ask the right questions and not be too attached to the answers. I find that if I ask the right questions and keep refining the questions, making them more specific, and more and more clear, that the answers take care of themselves. People sometimes ask me, ‘What’s your favorite piece that you’ve done?’ And my answer is: the one I’m working on now, or the one I haven’t written yet, because there’s just such a thrill in the asking of the questions, the following of the flow of the music and the process of the discovery.

What are you working on now for 2015?
I’ve just released another disc on Cold Blue, the little label in Los Angeles that I’ve worked with for years. It’s called The Wind in High Places, and it features the JACK Quartet and also an orchestra of 48 cellos, which is an amazing sound.

And I’m in the process of writing a book, which will be a memoir of life and work, almost forty years in Alaska. I want to do another concert-length orchestral work to complete the set: there is “Become River,” there is “Become Ocean,” and I want to compose “Become Desert.” I imagine that piece as a large orchestra scattered all around the space and a complete concert unto itself.

Then “Sila” is just beginning its life. We’re actually going to do several performances in several different locations in Washington, D.C. We’re talking about doing a brass-woodwinds-percussion version of the piece on the steps between the Lincoln Memorial and Reflecting Pond. The 80-plus version will, I hope, be in the National Building Museum…this cavernous space. These performances will be in conjunction with the U.S. Air Force Band. The west coast premiere will be the Ojai festival in California in June, and it’ll be followed by a performance in Berkeley. Then next fall we will open up the new music building at Northwestern University — we’re going to consecrate the house. And we’re going to celebrate the 100th anniversary of Balboa Park in San Diego with another performance of “Sila.” So that piece is going to have a busy year!