Posted in MusicWorld on September 22, 2014 by Abby White 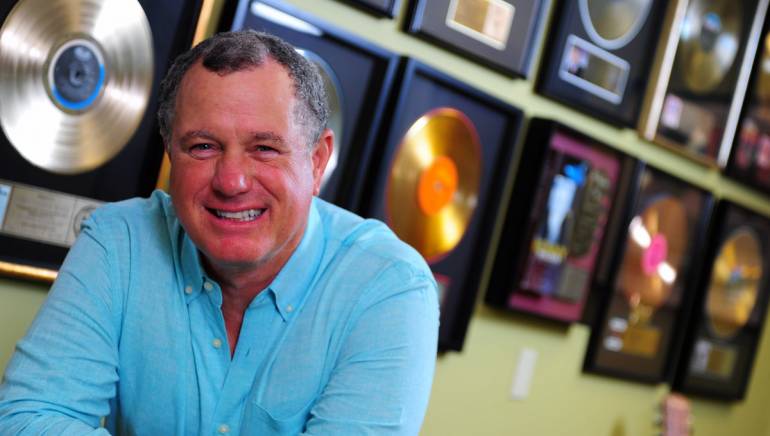 The term Renaissance man is often thrown around in the entertainment industry, but few embody the concept as authentically as Jimmy Dunne. As founder and president of Inspire, Dunne oversees the execution of lauded branding campaigns for some of the world’s most recognized corporations. His years of experience as a songwriter, TV and film composer, artist, music producer/publisher, and television writer/producer laid the groundwork for Inspire, where his expertise in — and ability to monetize — the emotional connection between music and brands has led to high-profile contracts with iconic companies including Whole Foods, UPS, the World Cup and Staples.

Dunne was bitten by the creative bug at a young age, drawn to the craft of writing music while growing up in the Chicago suburbs. The BMI affiliate also showed an early skill in the art of multitasking, graduating from the University of Kentucky with a dual major in journalism and business (and a dual minor in music composition and communications). After graduating, he moved to Los Angeles, where he landed a job as a gofer on Happy Days. This led to subsequent gigs as a writer and producer for shows at Paramount (including spinoff Joanie Loves Chachi) and screenwriting opportunities with Universal Studios, Disney, Touchstone, HBO and Columbia Pictures.

While learning to navigate the entertainment industry, Dunne penned and produced songs for television, paving the way for his first love: songwriting. In 1984, he had his first big hit with “Nobody Loves Me Like You Do,” a duet recorded by Anne Murray and Dave Loggins, and Whitney Houston and Jermaine Jackson. His long list of songwriting credits includes the likes of Kenny Rogers, Take 6, Janet Jackson and Loverboy, and his songs have appeared in the film and television productions of Pretty Woman, Princess Diaries II, Fame and Fatal Attraction.

Dunne, who lives in Pacific Palisades with his wife and two daughters, views the ever-evolving landscape of the music industry as a terrain ripe for opportunity. He took time from his packed schedule to speak with BMI about some of the driving forces behind his own career, how he balances art with commerce and where he thinks it’s all going.

Did you always envision yourself having a career within the music industry?
At an early age, I was just always attracted to the art of story. As a young journalist, I wrote for the high school paper and then for my college paper. On the music side, I was just fascinated with the tremendous challenge of how you tell a story in three minutes that can emotionally move a complete stranger. I love that challenge, and that to me is the fun of songwriting. After I graduated college, I came out to L.A. with just a better understanding of that art of storytelling. I was fortunate to get a job as a gofer on Happy Days, and then wiggled my way to be a writer, and then to produce other shows at Paramount as well. The gift that I was given in my television days was the gift of access — access to learn about all the different fields, one of which was music. I got to write and produce songs for a lot of the shows that were at Paramount at the time, and what became really my launching pad as a songwriter, was with those early days in television.

From the very beginning of your career, you learned to balance both the creative and business sides of your brain. How do you continue to find balance between art and commerce?
Part of it is that I’ve always respected business as an art unto itself. And that to me — and to any songwriter or musician or anybody in the music industry — is so necessary, to have skills on the artistic or creative side as well as on the business side. I enjoy both sides, but I’m also terribly respectful of both sides.

What drove you to start your own business?
The thing that always was fascinating to me was just how music defines us. When we were younger, we experienced music. We collected it, we wore it on our shirts, we sought out bands and artists and songs that mirrored our beliefs and our passions. We attached ourselves to those artists and brands, and we shared that music. Like our clothes or like friends we choose, the music that we associate with becomes part of our identity.

What’s also fascinating is how that defines groups of people, groups being companies, or TV shows, or retail brands or celebrities — anything or anyone that’s a brand. To me, music is a variable that defines all of those things. So what’s always been fascinating to me is that relationship between brands and music.

How have you seen this relationship change in the past 10 years?
There’s an intersection of three paradigm shifts that make that relationship between music and brands very, very important right now, and I think it’s changing the landscape of music. Those three things are that brands have shifted from selling quality to selling an experience; the second is that the Internet is music’s new home, and the third is that in 2014, music became a utility.

Can you elaborate on how that’s impacted the way music is used in branding?
In 2000, most brands were selling quality. Now, it’s an assumption that they all sell quality, so they’re pushing how you can experience that brand. For example, BMW doesn’t tell you how the car’s not going to break after a couple of years, they show you somebody speeding around a road in Europe, giving you an image of what the experience of being in the car would be. They sell you on the experience, and in terms of selling experience, that’s what music does — all of that is great for music.

With the Internet being music’s new home, the Internet is still, in many cases, a silent movie. Most sites are silent, and I think that’s going to change with this explosion of the headphones market and the shift from the computer to the laptop to the handheld devices. That, and the advent of Google Glass and a lot of other products, all of this is pushing to where the relationship we have with the computer isn’t sitting at a cubicle or a workstation, but to experience it in a gym, or on the train or on the beach. Every day, the Internet becomes more like a TV, blending graphics and videos and sounds and words, and less like it was in the earliest days on computers, when it was nothing but text on a screen. The more that happens, the more exciting it is for music and artists, and for creating mutually beneficial brand associations between artists and brands.

And then the third thing; I think when we look back, 2014 is going to be the year that defines when music became a utility, just like water or power — where you can drink something, or plug something in, or hear all you want for pennies a day. A utility is something that flows freely, and it’s something that is available, that is everywhere, that is accessible and that is so easy to get, with no end in sight.

And how is this different for young music consumers, compared to previous generations?
When I was a kid, you bought a record as the luxury item. When you went to the concert, that was basically the artist giving you something at almost no cost, just to support the record. It’s the other way around now — the record is the thing that they’re giving you as collateral to support the tour. But back in terms of the utility, I think the most striking thing is, in three weeks, T-Mobile, Sprint, Verizon, AT&T, they all announced their partnerships with Beats, Spotify, Pandora. Their value proposition is that if you buy their phone service, they’ll not only give you music for free, but once you do start paying for it, it’s going to show up on your utility bill. And for CDs and downloads, as they become less of a revenue stream in the business and more of a collateral for artists and bands, that’s going to create more opportunity and more interest in how bands and artists and songs can create an alliance with different brands.

So you believe these are all good things for the music industry?
Throw all these things in the hopper together, and that is spectacular for the opportunities in the world of music and brands. I don’t think there’s ever been a more exciting time in the music industry than right now.

This year, BMI is celebrating its 75th anniversary. When did your relationship with BMI start?
I joined BMI in the early ’80s, and it’s been absolutely fantastic. I think the work BMI does to celebrate music, songwriters and publishers — and to have our backs — is paramount. It’s just such a privilege to have a relationship with a company that’s terrific at what they do. The people I’ve known over the years at BMI are passionate about music and passionate about the difference music makes in the world.

We talked a little about the balance between art and commerce, but how do you find the time and energy to explore your own songwriting while you’re running a company? I honestly feel that I’m the luckiest guy in the world, and that the last time I had a job was when I was caddying at La Grange Country Club. I love what I do. I love the business of Inspire, I love being in an office where I’m at least twice as old as everybody that’s here. I love learning from all these young, bright people that we have in the office. I love the songwriting projects I’m doing. I’m writing songs right now for Disney’s musical of Pretty Woman; I’m writing audio logos for a bunch of different companies. I love that I’m able to do projects where I get to wear a creative hat, and then put on a business hat — both are exciting.

As the music industry continues to evolve, what advice would you give to young songwriters who are looking to carve out their own place? There’s a saying by Aristotle that “art is capturing the essence.” Do everything you possibly can to express your essence and to express the thing about you that’s extraordinary. If you can do that in music, you can find an audience. And the other thing that I would suggest is that the oldest thing in the world is the greatest thing in your toolbox: hard work. Outworking the next guy is extraordinarily important.