Posted in MusicWorld on September 23, 2013 by Lisa Zhito 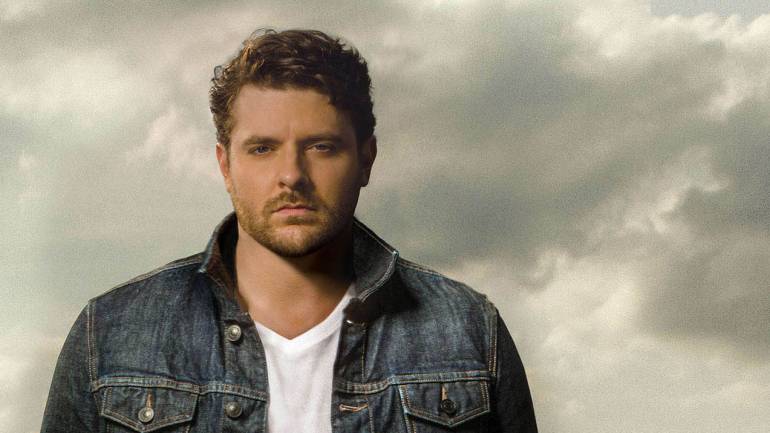 TV talent competitions are sometimes viewed as career shortcuts. Not so in the case of RCA recording artist Chris Young: By the time the Murfreesboro, Tennessee, native had been crowned the winner of Nashville Star at age 20, the classically trained singer had already self-released one country album, was a seasoned live performer and songwriter and was working his way toward a music business degree.

That was way back in 2006. In the seven years since, Young has earned five number one songs, four of which he’s co-written. A.M., Young’s fourth major label album, releases September 17 and is already generating buzz as the raucous first single, “Aw Naw,” climbs the charts.

Young co-wrote six of A.M.’s 11 tracks, and says the new project allowed him to step away from the balladry for which he’s become known. “We’ve got more tempo on this album than I’ve ever really done before,” he says, adding, “It was on purpose. It was something I felt I really hadn’t done a lot of, especially on radio.”

While A.M. is filled with energetic party songs, in real life Young appears to be something of a workaholic. Indeed, although a life-threatening bacterial infection sent him by ambulance to a Denver emergency room in mid-August, he was back on the road less than 10 days later.

Not long before this scare, Young talked with BMI about his songwriting process. “I’d say that 60 percent of the time I’m a lyrics guy,” he says, but notes he’s slowly become more comfortable over the years being the “chords and melody guy,” too. Now, laughs Young, “I’m the weird-looking guy walking around the airport singing a melody into his phone because I’ve got an idea!” Read on for some more thoughts from Chris Young on his creative process.

1. Do you find it more difficult to write an up-tempo song?

I don’t think it’s more difficult, but it’s definitely something I have to think about and prep for. It’s not the usual thing to fall out when I write!

2. You’ve written a lot with your “Aw Naw” co-writers Chris DeStefano and Ashley Gorley over the years. How did that collaboration come about?

Chris DeStefano actually lives in the same place that I live, so we’ve become buddies and have hit it off, and I’ve known Ashley for a while. My second single, which I doubt anybody really even remembers because it didn’t even break the Top 40, was an Ashley Gorley song. I’ve always been a fan of Ashley’s.

He and Chris and I wrote three songs on this record together. That combination just worked really, really well. It was one of those, ‘It’s cool, we’re getting stuff that’s sonically a little bit different than what I’ve done in the past, and I like it!’ So I’m going to keep going to the well on this one.

3. Do you have any dream writing partnership? Anyone – living or dead?

You know, just because I was a huge fan, I would think Keith Whitley. I’ve always been a huge Whitley fan. Other than that, I’ve been able to write with some of the most amazing people that I never would have thought I’d be able to write with coming up. I’ve been really, really lucky. Beyond the guys like Chris DeStefano and Ashley Gorley, I’ve written some songs with Craig Wiseman, Chris Tompkins and Rhett Akins – a lot of people I admire from a songwriting standpoint and a personal standpoint.

4. How has your songwriting changed since your first sessions in Nashville?

Um … it doesn’t suck? (Laughs) I definitely think over time I’ve gotten a better hold over something that is in essence hard to get a hold of. There are rules for songwriting but none of the rules really apply when you get right down to it. You don’t have to have a bridge, you don’t have to have two verses, you could do verse-chorus-bridge-chorus. There are so many things you can do when you set out to write a song and it’s really just getting to the point where you find something that people connect with when you write it. That really is probably the most important thing, regardless of what the typical structure for a song is or what the typical length is. And yeah, I think the songs are better now.

5. What’s the most important writing advice you received when you were starting out?

Write as much as possible! I’ve never seen somebody that really wants to be a great songwriter and really has a knack for it that writes twice a day and doesn’t succeed doing it. I’ve got a buddy I can point to that moved to town and in under two years had his first number one. He’s that guy; he’s writing at least once a day, every day of the week.

On top of that, the first piece of advice that I ever got that’s one of my favorites is, find somebody you think is better than you and write with them. Because there are always things to be learned from guys who have been doing it longer than you or have had more success than you’ve had as a songwriter. So it’s always fun to kind of sit down with those people and try to absorb as much information as you can.

6. I read that when you write you often start with the song title?

Yeah, but there are definitely exceptions to that. When I wrote “You” with Luke Laird on my last record, we started with just no idea where we were going, which is scary as hell for me most of the time. But it really worked out. I think it’s one of those things; most of the time I do things one way but I’m never afraid to break that and go another way. There’s always technically a structure to what you do, but when you’re writing a song, if you always try to structure it, sometimes you’re going to miss something cool that might not be the usual way to do it. So it’s just kind of knowing when to break out of that.

7. Do you write with yourself as the performer in mind?

Again, maybe that’s not always the case. There are some songs you write just because you think it’s a beautiful song. You’re like, ‘Man, I don’t know if this fits radio or not but to me it’s something I need to write; it’s something that I need to say.’ And sometimes it’s, ‘Man, I don’t know if this will ever work in an arena just because it’s so different,’ and then it does. So sometimes you don’t really know, you’re just trying to write something great.

8. What’s most rewarding about songwriting for you, and what challenges you?

The most rewarding part is starting with nothing and ending with something. It’s one of those processes, like working out a puzzle, trying to figure out exactly the right words to say in the right spot. Or, this rhymes but it isn’t what I want to say, but when you leave, you have something that you can play for somebody and go, ‘Check out this song! And it didn’t exist before 10 a.m. today!’ I think that’s probably the most rewarding part of it, that you are creating something.

The most challenging part is when you get a verse-chorus done and you get to the second verse and you just cannot come up with anything. That’s probably the worst feeling on the face of the planet. Or, when you get one line away from being done with a song and you can’t figure it out! You just sit there and stare at each other for like an hour.

9. Why is it important for you to write on your records?

It’s not, ‘Well, I wrote it so now I’m going to put out what I wrote.’ I think every record we’ve put out has at least one single that I didn’t write. I think it’s just important as an artist to be able to say what you really want to say. And probably the easiest way to do that is if you write it.

The first time I ever co-wrote a song with someone in Nashville in any of the places on the Row was at BMI. It was with a guy named Jeff Pearson, who used to work down at the Bluebird. I had gone in and tried to play some rounds and gotten in touch with him and he’s like, ‘Let’s try to get together and write a song.’ And the first place I ever went in to write a song was BMI. So there was always a little personal connection there.

Also, I just loved the way that BMI treats its writers and just the atmosphere that it has. I went to the BMI awards for a couple of years when I wasn’t a writer, and I was like, ‘Man, I want to be over here! I want to be part of this!’ So that’s why I’m there! They throw a good party for sure. (Laughs)