Posted in MusicWorld on February 19, 2015 by Katherine Harding 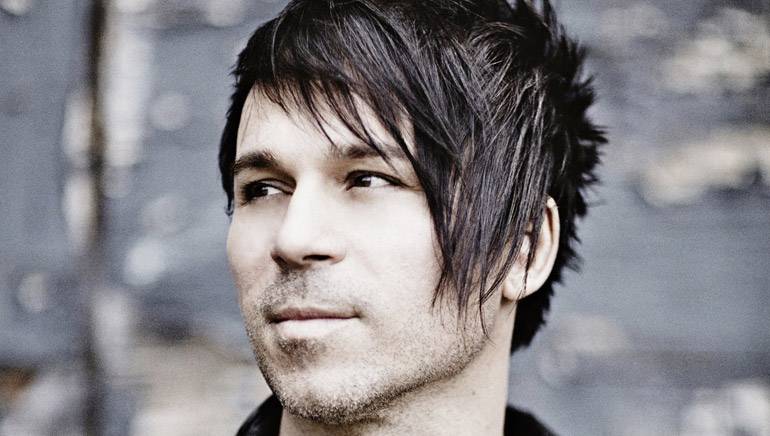 If you’re a fan of trance and electronic dance music (EDM), you are most definitely a fan of Brian Transeau, who is heralded as a pioneer of the hugely popular genres. Listening to his flawless rhythmic cuts, it is no surprise that the BMI composer was nominated for a GRAMMY in 2010 for Best Electronic/Dance Album for These Hopefully Machines. He is also founder of the iconic stutter edit, which involves taking a small bit of sound and rhythmically repeating it; his mastery of the technique landed his track “Somnambulist (Simply Being Loved)” in the 2003 Guinness Book of World Records for most vocal edits in a song. BT’s influence has spanned beyond the dance scene, as he has worked with a remarkable range of artists, including top performers and BMI songwriters Britney Spears and Sting. Hit blockbusters Go, The Fast and the Furious and Monsterare all scored by BT, whose ability to play the guitar, piano, bass, glockenspiel and drum machines, in addition to his prolific technological and programming skills that create the software needed to perfect his craft, rank him second to none.

BT searches for complex mathematical and musical patterns in everyday life to create music that connects to his audience on a deep, emotional level, creating a lasting impression. With almost 20 years in the business and a new TanZ Group-produced tour, Electronic Opus, kicking off in Miami in March, featuring top symphony orchestras around the world and a hyper-synchronized lighting and video show for an unparalleled immersive concert experience, it’s safe to say BT’s legacy is both here to stay and still expanding.

Recently, the multitalented artist took time to connect with BMI via email about his latest projects, musical journey and advice to aspiring composers.

How did you get involved in the Electronic Opus project?
This was an idea I have been slow-baking for over ten years. As my background is initially in classical music and via film scoring and incorporation of orchestral and acoustic elements into my electronic music work, I’ve always fantasized about doing full blown orchestral versions of my many years of music. In short, it’s been a dream of mine for years. That was one of the longest run on sentences I’ve ever written, LOL.

The show has so many moving parts: an orchestra, lights, video, and, of course, your music. How do you prepare for an event like this?
It’s an absolutely mind blowing undertaking. I’m lucky there is a phenomenal team around it bent on winning that is smart enough, and hard working enough, to successfully execute anything. These are very smart people! The show producer is Tommy Tallarico (of Video Games Live fame). Tommy has played more orchestral music to people between the ages of 18-25 in the last 10 years than in recorded history. That has to be one of my favorite data points about a friend. What an accomplishment!

At any rate, Tommy understands how a show like this can work and has been instrumental in getting every aspect of it off the ground. Additionally, there is a brilliant venture capital group the Tanz group that has believed in this project since its inception. We’ve now brought in (since our successful kickstarter) a team of 3D visual designers that are designing some of the most incredible volumetric projection I’ve ever seen. The sum total of this stunning group of people is really going to be something exciting to behold. It’s amazing to participate in.

What do you want the audience to take away from any one of your shows?
Well, first and foremost as someone who has loved and participated in electronic music and community for over 20 years, I am both excited and a bit stumped by the mass embrace of our culture in America. As corporate America has jumped in, there is this incredible homogenization and quite frankly dumbing down, of what is music for very open minded, forward thinking individuals. Every facet of America culture is now buying into the “EDM” hype and it’s really stripping a great deal of beauty and diversity from dance music culture. At any rate, as an artist, I’d like to think I’ve always been viewed as someone pushing the envelope in both technology and music and this is an extension of those sonic explorations if you will. Electronic Opus, if we are able to create what we all want to create, is something elevated, smart, futuristic, immersive and unique. I was told by many people something like this could not be pulled off, that dance music and classical music sit at opposite ends of the spectrum and “EDM” fans would never appreciate an orchestra (and vice versa). Well, my amazing fans already proved that wrong as we broke Kickstarter record after Kickstarter record. I really believe this will be a show unlike anything people have seen before. I am honored and humbled it is actually going to happen.

Your career spans nearly 20 years. Where do you find your endless inspiration for such a prolific catalogue?
A continual lust for learning, my love of nature and mathematics, the profound inspiration of parenting a bright and beautiful little girl, my spiritual life, years of travel and interaction with people from all walks of life and in cultures across the globe. Even the hardships in my life have been profoundly inspirational.

Classical music played an early influential role. Tell us about that and how it led to integrating technology and music.
Well, as a young teenager I discovered New Wave and Break Dancing music and culture and mowed a bajillion lawns to buy my first synths and drum machines. Computers and computer programming were also a deep and early love of mine and these things all seemed to reach a point of convergence in my mid-twenties. I think my parents are still pretty shell-shocked and glad I found a career path that could accommodate such diversified interests!

EDM has seen an explosion in popularity today. What does the future look like for modern sound?
I think there is going to be a quick burn of this nutra-sweet Americanized version of dance music that has exploded in the last two years. People are already burnt out on it. It’s so reductionist and formulaic. That is not to say it’s all bad, because of the attention our culture is receiving, people are hungry and searching for the real stuff. I look at pop EDM culture as a great induction into the beautiful and diversified world of electronic music.

Can you share your creative process?
Get quiet, listen. Create. Repeat. Sounds like a press answer but it’s the truth. Every time.

What are you listening to lately?
I am scoring both a film (thriller) and a massive 18-month project for a physical space I am not yet allowed to talk about. So lots of both of those, and of course Electronic Opus orchestrations!

What advice would you give to aspiring songwriters and composers?
Find an authentic motivation. Read that first one again. Okay, now read it again. If you have one, never quit.

Tell us about your relationship with BMI.
Doreen Ringer-Ross was quite literally the first person in the music industry that even let me in her office. I was I think about 19 years old. She believed in me from the day I met her and brought me into the beautiful fold of BMI family. I’ve never looked back. The support I have received from BMI since years before I had a record deal or scored a film has been life changing. I love those guys and particularly Doreen. :)