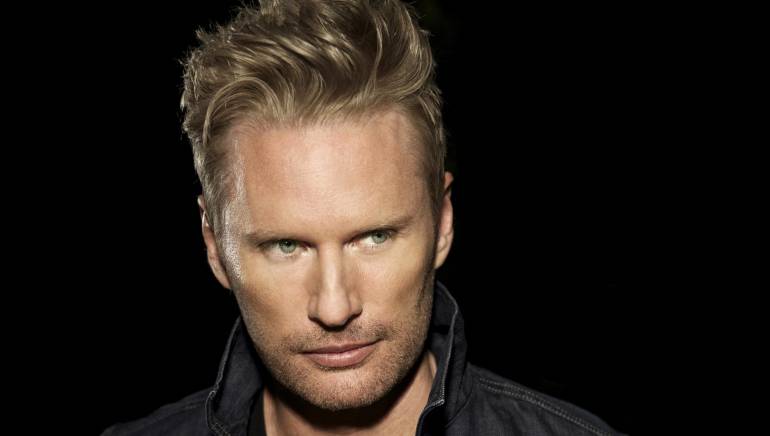 Call him Mr. Blockbuster. Brian Tyler scored not one, but two giant Marvel superhero movies in 2013: Iron Man 3, the summer’s big opener, and Thor: The Dark World, still in theaters. Iron Man 3 also happens to be the fifth highest grossing film of all time, something the Broadcast Music, Inc. composer says he hardly anticipated.

But don’t try and box him in. Tyler has an amazing career that dates back to a small-budget indie film called Bartender in 1997. A highly creative and versatile composer, he can score it all - action, comedy, horror, sci-fi, fantasy, romance, drama and more. In fact, when NBA champ Kobe Bryant made his grand return to the Los Angeles Lakers’ court on December 8 after an extended rehabilitation from a torn Achilles tendon, he called on Tyler to score the “Seasons of Legend” theme at the high-profile event.

This year, in addition to the Marvel pictures, he also scored the critically acclaimed caper thriller Now You See Me, giving it a groove-based score reminiscent of a 1950s-era Bond flick.

But if you think 2013 was a good year, just wait until next summer rolls around. Tyler is putting the finishing touches on the scores for Into the Storm and Teenage Mutant Ninja Turtles. That’s all in addition to his work on television and video games. Tyler is also composer on Fast and Furious 7, originally scheduled for next summer but now delayed due to the tragic death of actor Paul Walker in late November.

BMI spoke with the Los Angeles-based composer recently to discuss the blockbuster year he’s had, what lies ahead in 2014, and the tough lesson he learned on his very first film that he still finds useful to this day.

1. What were the main differences in the way that you approached Iron Man 3 versus Thor: The Dark World?
Tony Stark is Iron Man and he’s just a man. He’s made an invention, a suit, that enables him to be a superhero by proxy. Thor is at the extreme other end of the superhero spectrum. He’s a mythological reference to a god, which is even further out than Superman. So you have the two opposite ends, and really what I had to tailor for Iron Man had to be attitude and grounded in limitations, whereas Thor could be all-out regal themes that could be as epic as I could make them, because his character would allow that. I used traditional orchestras, brass, strings choir, percussion and woodwinds mostly for Thor , but that’s a lot of the same instruments as the Iron Man 3 score as well, because we wanted that to harken to classic scores. But the actual writing of the notes and the harmonies and all that was different. So even though I was doing these two Marvel movies in one year, they really couldn’t be more different.

2. Did you anticipate the crazy success story that was Iron Man 3?
It’s impossible to. When you’re working on it that closely and that hard, you are hoping that people will see it the same way you see it, but you really don’t know. You just believe in it. It’s the same thing with Thor. And Now You See Me, funny enough, that ended up coming out right after Iron Man 3, and we thought maybe my own movie is going to cannibalize my other movie. And it didn’t happen at all. Now You See Me did great, and we’re doing a sequel and that was a completely different kind of movie. But there’s no way to anticipate an Iron Man 3 to the point of two billion dollar worldwide success. That is just out of control. It’s kind of not sinking in. I believe in all these movies and I throw myself into them completely, but it’s just great to see that other people are enjoying them. So regardless, I’ll keep on doing my thing ‘cause I love doing it.

3. What were some of your sources of inspiration for Thor: The Dark World?
The thing that’s really cool about Thor is that you’re talking about science fiction meeting classic medieval war. It’s almost like Star Wars and Lord of the Rings - both are big influences in terms of movies because you have people with swords and riding horses but you have lasers and explosions. So it almost feels like it’s ancient but also in the future at the same time. Those are two of my favorite genres, science fiction and fantasy.

4. You could just be the big action movie guy but you choose to do all sorts of projects. What’s your philosophy toward that?
I go with the flow, and what I love about film scoring is it’s a good thing to sound different, whereas when you’re working on records, if there’s a pop act or a rock act, sometimes your fans can be like, ‘Wait, why did you change your style, what are you doing?’ And this allows you to really spread your wings and challenge yourself to do different kinds of music. Early on, in 2000, I was nominated for an Emmy and all these things for, like, two scores, a film score and then a score I did for Showtime. They were both completely jazz scores. So there was actually a moment in time where I would read articles that were like ‘new composer, Brian Tyler, who is primarily a jazz composer.’ Even with music I listen to on my own for fun and enjoyment, I tend to reject labels. It’s amazing, the further you go into trying to identify a style of music, the further the genres bisect it. 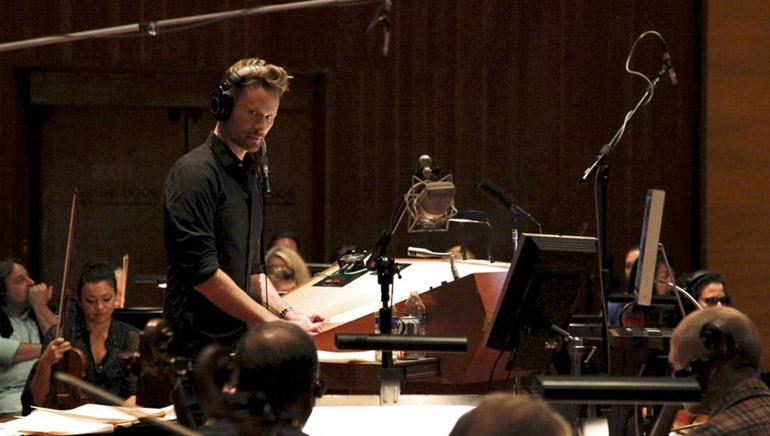 5. How do you go about discovering new music and constantly informing that side of your brain?
For me, Tuesday is like Christmas every week. I probably go through thirty albums each Tuesday. They’re not genre-specific. It’s almost like I feel there’s so much good music out there. I usually get it on iTunes, and all across my browser I’m constantly clicking because there’s a lot of great stuff that’s not released or isn’t put out by a label but you can listen to online. I do like physical copies of albums, too. I like vinyl. Of course there’s Amoeba [Records in Hollywood], which I love, and then there’s a place called CD Trader. I found things like imports and world music and pop music from India and a really rare Hendrix album. Also, all my friends are musicians, so they’ll lead me toward a new artist that I hadn’t heard before.

6. Is there a score that you’ve done that you consider your proudest moment?
I think the last few - Thor: The Dark World, Iron Man 3, Now You See Me - were all movies that captured something about filmmaking that I love, which is they are movies that I would love to go see in the theater. So as time goes, it’s kind of like I’m always trying to improve on the last, so hopefully that means that the latest score is the best score.

7. Who has been your greatest mentor and what’s the most valuable thing you learned from them?
From observing John Williams’ career and him as a person, I have learned a lot. I’ve had the privilege of speaking with him a number of times. And the thing that he always said that I thought was great was that no matter what - it’s something along these lines - you can’t think about or worry about the reaction of others or seek awards ‘cause it’s just about the music. At the end of the day, he’s absolutely right. You have to write music because you love it and that has to be regardless of box office or critics or fans or awards or whatever. You just focus on doing what you do, which for me is composing music and canceling out all the white noise that surrounds a career in Hollywood. You just have to focus.

8. How many people work for you?
It depends. Two days ago, it would have been maybe a hundred and forty because of all the musicians playing in the orchestra and the orchestrators and engineers and music editors. But probably I usually have four music editors going all year round and a couple engineers. And here at the studio I have, like, three or four assistants. And then I’m supervising music on different projects. And I almost always have about four or five orchestrators working; there are people here that are responsible for a lot of the technology and making sure systems are running. There are a lot of people working to make things run smoothly because it’s a lot going on.

9. What’s your biggest dream and how close are you to accomplishing it?
I did have very specific goals at first. I remember saying, ‘I’ll be happy if I write a piece of music that ever gets used in a movie.’ And then it was, ‘I’ll be happy when I go to the theater and I actually see that it says music composed by Brian Tyler on the screen.’ You keep on moving the goal post really forever. You have to enjoy it while you’re doing it and realize you’re just kind of incrementally going through and achieving different goals instead of one primary one. That’s how I’ve approached it lately.

10. Looking back on your very first film, Bartender, is there something that you learned that you have been applying ever since?
On that first film, I had to claw my way out of a giant disaster. I had worked on that score for maybe, eight or nine months, and one day toward the very end, when we were about to finish, all the hard drives, including all the back-ups and double back-ups, were all erased though some virus. I sent the drives to a place that recovers drives from the bottom of oceans with laptops that have sunk with ships and they weren’t even able to recover it. The entire thing was erased and I redid it from scratch, with not much time, which was gutting because it was done. It was my first score, so, of course, I thought my career was over. So I was stuck with starting over but I didn’t tell anyone, including the director, what had happened until about ten years later. So ever since then I’ve realized that if something disastrous like that happens on a first movie and it turns out okay, things are probably gonna be fine, even when you get some bad knocks.