Posted in MusicWorld on October 8, 2012 by Kathy Iandoli 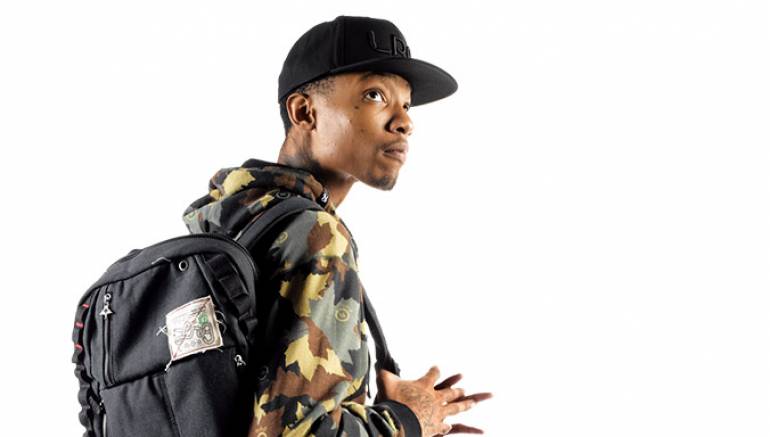 ATLien Sonny Digital is perhaps his own worst critic. The production prodigy – whose credits include the infectious “Racks” by YC and Future and more recently “Birthday Song” by 2 Chainz featuring Kanye West – typically doesn’t like his beats at first. They grow on him, like singles climbing the Top 40 chart. Sonny also has an unorthodox fascination with hearing his own music played in strip clubs, his favorite strip club being Kamal’s 21 (formerly Platinum 21) in Atlanta. Quirks like these can only help his creative output, as the young producer’s beats are designed for clubs and cars with the windows down. As Sonny Digital continues his movement into one of hip-hop’s brightest next producers, he elaborates on his process and offers advice to beatsmiths on the rise.

1. When you first produced the beat to YC and Future’s “Racks,” did you know it was going to blow up the way it did?
Not at all. I ain’t have no clue. Actually if you’re asking about the beat, the beat was just another one of them beats that was just like, another one I stored away into the stash. Really it was a throw away beat. I didn’t even like the beat at first. So, I don’t know. I think I just finished it up just because of the song they had done to it. But I don’t know; that’s about it on that.

2. So outside of that beat, what would you say is your proudest production to date?
Right now, I’d have to say that “Birthday Song” with Kanye West and 2 Chainz. Yeah, I like that one. I don’t know why. I ain’t like it at first either, but I don’t know, it kind of grew on me.

3. That’s a gigantic song, though.
Well, yeah. It’s going to get bigger than what it is right now, though. It always takes time. That’s one of my favorite ones so far. And you know Kanye West co-produced it too so that was fun. I didn’t physically get to work with him, but it was pretty cool when I met him. I mean it’s just good experience. A lot of people don’t even get to meet Kanye West, so actually having him work on one of my beats is good enough for me!

5. So why did you choose to hook up with BMI?
It’s because my manager Rico already had relationships over there with BMI. I had known about BMI. Actually a lot of people who I knew were going over too so, I just felt more comfortable going over to BMI.

6. What would you say are your top 3 albums?
My top 3 that I’ve been on? Well first off I have to say Future’s album [Pluto]. I ain’t been on a whole lot of them though, but the ones I been on, I kind of like them all. All records that I’ve done, I feel like they’re good. They could be the ones that take them up out of here. Like, get them hot. But, I like the one I did on Future’s, “Same Damn Time,” I did one on Waka Flocka’s album called “Everything I Love” and then one on DJ Khaled’s album with Ace Hood called “Don’t Get Me Started.” I like that one too. My top 3 of all time? Let me see. I like the Drake album, Take Care, the new one. And then Teflon Don, Rick Ross. I like that one. And Young Jeezy, Thug Motivation 101. Got to take it back all the way back then.

7. When you’re making beats, what inspires you to produce? Like what kind of sounds do you go for to really stamp it with the Sonny Digital stamp?
Honestly, what I do? I listen to a lot of other producers and I just listen to other music and other people’s stuff and then sometimes it kind of like, gets me hyped to make some shit of my own, you know what I’m saying? It’s kind of like a friendly competition in my head going on. But as far as inspiration does go, I look up to Shawty Redd, Drumma Boy, people like that. Just take their style and kind of make it into my own sound. Then just twist things around and make it into my own sound, though. But you know, everybody got to start somewhere with somebody who they look up to.

8. What’s your favorite movie?
Favorite movie? Hmm. That’s a good question. I watch a lot of movies. Like a whole, whole lot of movies. I got Netflix so I just watch them there. Let me see. I can’t tell you off the top of my head really. I don’t know, I’m just a big fan of watching movies. That’s another thing that really gets me going as far as making beats too, watching good ass movies and stuff. I guess my favorite movie is Netflix [laughs].

9. What are you working on now?
Right now, we’re working with a little bit of everybody. We got a seed planted all over the place. I mean it’s really like whoever we kind of want to work with now. I really want to go back in with Kanye one more time and do some more stuff with him. Then you know everybody in Atlanta, that’s already done. We can get to them like any time. And I don’t know, Roscoe Dash, Khaled, Meek Mill, B.o.B, Ace Hood, Young Jeezy. We’re everywhere with it.

10. What kind of advice would you give to an up-and-coming producer who wants to have people like B.o.B and Meek Mill and everybody else knocking at their doors?
Just keep on grinding and do you. Don’t ask for no handouts, don’t try to collab with every producer and just do you and you’ll be straight. You just got to be patient, that’s it.