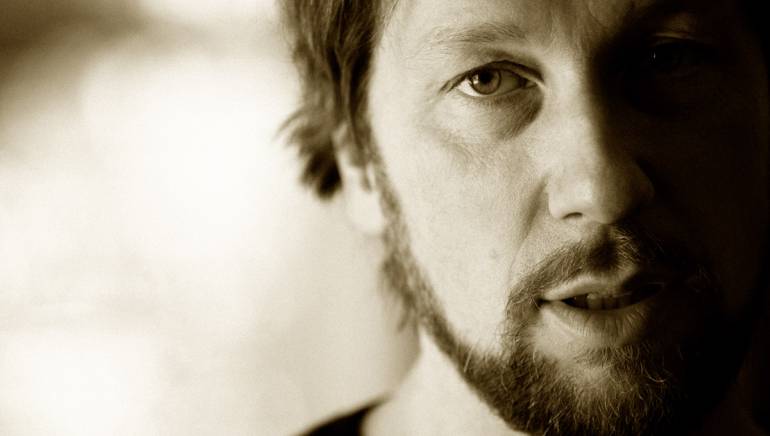 Rolfe Kent, composer of Sideways, About Schmidt, Up in the Air and the theme for TV’s Dexter, is this year’s recipient of BMI’s Richard Kirk Award for career achievement. Kent’s penchant for finding fresh sounds, and his delicate musical touch for films that combine both comedy and drama, have made him a sought-after composer in Hollywood – despite the fact that he is largely self-taught and his degree is in psychology, not music. The English composer’s many other films of the past 15 years include Election, Legally Blonde, Kate & Leopold, Mean Girls, Wedding Crashers, Reign Over Me and The Hunting Party. But he’s not just a film composer. He loves dabbling in other fields. His next project is producing a graphic novel – which he describes as “romantic, epic and operatic” – and creating a musical soundtrack to accompany it. There’s no film involved, although he says he’s thinking of turning it into “immersive theater.” BMI posed a few questions on the eve of his acceptance of the Richard Kirk Award:

1. How do you feel about receiving the prestigious Kirk Award?
That’s a complex question. There’s something in me that always thought, “You get that kind of award if you’re part of the establishment, not a young turk like me.” So now I have to reappraise my status. It’s very nice and generous of BMI to single me out.

2. You’ve scored nearly 50 feature films. How do you stay fresh?
It’s always a challenge to try and discover something that will make a contribution. I’m not terribly interested in simply turning up the volume. It’s always about what didn’t make it from the screenplay to the screen, and how can music help with that? The film is the film, and you can’t trample on it – but you can invade it. It may seem cheeky or bold, I’m not sure which, but it’s what I like to do.

3. Your degree is in psychology. Has that been helpful in what you now do for a living?
I did manage to do my final dissertation in “mood induction using music.” I strongly and passionately believe that what we’re really doing is wrangling emotion. We as composers need to forget about “writing music” and focus on what it is that’s going to induce a certain emotional state.

4. Some of your films, such as About Schmidt and Up in the Air, tell complex emotional stories that aren’t simply comedic or dramatic. How have you handled these?
There’s a lot of throwing things at the wall and seeing what sticks. What’s great is when you have a director who is open to all sorts of things. Alexander Payne in particular is hugely collaborative. He’s open to all sorts of possibilities. There is a lot of music written, he sorts through it, and he chooses things. But it’s complicated; it just comes down to heart.

5. What’s the most fun about your job?
The most fun is always the moment of discovery, the moment that it all fits together. I’m generally alone in a room with the film and my instruments, suddenly trying something and it just thrills me. I’m full of anticipation as to what the director will make of it, because it’s often nothing that we discussed. So in a way it feels very naughty.

6. What can we expect from you in the coming months?
I’ve finished Gambit, with Colin Firth and Alan Rickman. It’s a bit jazzy, a bit mischievous, and a bit Henry Mancini. It’s coming out early next year. I’m also working on a French film called The Scapegoat. And then hopefully I’m working on Jason Reitman’s next film, a beautiful story called Labor Day.

7. If you weren’t a composer, what would you do?
I love audio. For years I was interested in doing radio theater, sound textures and things. I wouldn’t want to be a recordist or mixer, but dealing with audio is very intriguing to me.

8. Why did you choose BMI?
For years I was a PRS composer and I could choose who, in the States, I dealt with, so I randomly switched between the two [BMI and its main U.S. competitor]. But over the years I developed such a good relationship with [Vice President, Film/TV Relations] Doreen Ringer Ross, and so enjoy and profit from her point of view. I didn’t have to think about it.

9. What’s your favorite live-music venue?
It used to be Kenwood Bowl in North London, and it still would be if they didn’t use amplification. There is a lake right in front of the bowl, and then a grassy bank [that could accommodate] 10,000 to 15,000 people and their picnics. You could just lie under the stars and hear the music float across the lake.

10. What advice would you give to composers just starting out?
Let enthusiasm and creativity be your guide. And also be polite.