Posted in MusicWorld on April 30, 2012 by Russell Hall 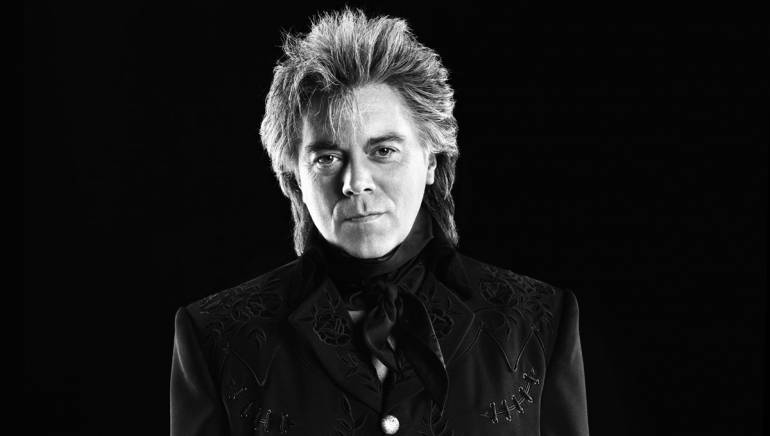 Traditional country music has no greater ambassador than Marty Stuart. Whether using his acclaimed RFD-TV show, The Marty Stuart Show, as a platform for the music’s best practitioners, or sending his vast collection of country memorabilia on the road, so that fans can get a tangible sense of the music’s history, Stuart nurtures country traditions with boundless care and respect. Stuart’s own music stands to become an integral part of that legacy as well. His latest album, Nashville, Volume 1: Tear the Woodpile Down, teems with the authentic spirit of someone who’s immersed himself in the work – and the worlds – of such icons as Hank Williams and Jimmie Rodgers. Recorded with his terrific longtime band, the Fabulous Superlatives, the album perfectly embodies the bromide, “practice what you preach.” From his home just outside Nashville, Stuart spoke with us about the new album, songwriting and traditional country music’s place in our culture.

1. How did you approach writing songs for the new album?
The thing that helped, oddly enough, was my television show. The songs came to me very quickly. What always helps me, as a writer, is to have a bull’s eye in mind. The television show, which is an unapologetically traditional country music show, gave me a style, an audience and a destination to keep in mind for these songs. When I would come up against a particular episode that needed a song, instead of looking for something I already had, I would try to write a new one. That spurred the album along. Having your own TV show, and running out of songs, is a wonderful motivator for writing.

2. What first drew you to country music?
When I was a kid, I got Meet the Beatles, The Fabulous Johnny Cash and Lester Flatt & Earl Scruggs Greatest Hits all in the same week. I liked the Beatles album – it entertained my feet – but the Johnny Cash album and the Flatt & Scruggs album touched my heart. So I gave away the Beatles album and kept the country albums. What I responded to, and what touched me, was the stark realism in country music. The things I saw outside my window – whether it was the landscape or someone going through hard times – brought those songs to life. I thought, “This applies to me and my world.”

3. Which songwriters have had the greatest impact on you?
If you go back to Jimmie Rodgers, the father of country music, and listen to all the recordings he made in his short life, you find that his songs are still the best. Merle Haggard and I have talked about that several times. Those songs were our blueprint. They are a pure reflection of the human condition – whether that involves heartache, tragedy, love or broken love. Also, Johnny Cash was a unique songwriter in the pantheon of country music when he first hit the scene. His songs rippled like poetry. His was a wonderful heart to ride alongside of. And Hank Williams’ songs are still profound, for me – how elegant and simple and straight to the point they are. One of my favorite things about country songs is that the greatest ones are about two-and-a-half minutes long. An entire lifetime can be wrapped up in that span of time. That’s something that appears to be simple, but in reality it’s very hard to write that way.

4. Is there any subject you’ve wanted to write about that you can’t quite get your head around?
Not yet. Starting with the album The Pilgrim, which I made in 1999, I’ve tried to write without regard for who might play the songs, or who might like them. I write what my heart dictates. I’ve found myself on Indian reservations, and in the Mississippi Delta, just writing about what I see. Years ago I had a wonderful conversation with Pete Seeger. I asked him a “fan” question about Woody Guthrie. Pete said, “I’ll tell you, Woody was like a correspondent who wrote from the perspective of someone in a boxcar. He wrote from the perspective of someone going down the rails, looking to the left and to the right, writing about the human condition, and the justices and the injustices he saw.” I thought, “Man, that’s a perfect description of what a songwriter should be.”

5. Waylon Jennings was emphatic in his belief that a songwriter-performer should have his or her own band. Your thoughts?
I’m spoiled. I’ve been in bands since I was nine years old, and I knew from the first rehearsal with the Fabulous Superlatives – 11 years ago – that this was my “legacy” band, the band of a lifetime. And that’s proven to be true. You can drop any kind of song or music into the Superlatives, and they play it authentically. I’ve never met a group of musicians as deep and well-versed as they are. They’re also wonderful men for whom I have boundless respect. As a bandleader, it’s important to have enough confidence in yourself to turn everyone loose and give them an equal share. That’s the beauty of our band. Everyone is a star, in my opinion. I can flip over and be the guitar player, and Kenny Vaughan can step to the front, or Harry Stinson or Paul Martin. It doesn’t matter. Each person in the band knows how to lead the show, and also how to step back. There are no egos involved. That makes for a wonderful evening.

6. What’s your favorite place to perform live?
As a money-making proposition, the bigger, the better. But as a songwriter, I prefer small, intimate halls – 1,000- to 1,500-seat theaters. There’s one in Meridian, Mississippi, called the Riley Center that seats around 900 people. That’s a wonderful place to sing quiet songs, where the lyrics don’t have to compete with anything else. Those are fun rooms to play. Of course we also like places where we can turn up the Telecasters and light up the sky.

7. You’ve collected some of the greatest artifacts in country music. Have they taught you anything?
There are about 20,000 pieces in the collection. Johnny Cash’s first black performance suit is among them, and the boots Patsy Cline was wearing when she lost her life. That’s the level of the collection. I have a lot of handwritten manuscripts, including several manuscripts written in Hank Williams’ own hand – “Cold Cold Heart,” “Your Cheatin’ Heart,” “I Saw the Light,” “Men with Broken Hearts” and others. The interesting thing is, Hank could barely spell. On “I Saw the Light,” he spelled Lord “L-O-A-R-D.” That sort of thing gave me confidence. It took me back to a conversation I had with Merle Travis, when I was a teenager. I said, “I want to be a writer, Merle, but I don’t have a very good education.” He said, “Neither do I, and neither do most of the people you’re singing to. The idea is to say things in terms that everyone can understand. Just tell your story simply.”

8. Do you have additional advice for songwriters just starting out?
We all begin by being inspired by somebody else. But at the end of the day, a good song has to come from your own heart, and from your own perspective. I encourage all young writers to be fearless, as you learn how you feel about things. I want to know how you feel about something. That’s how you become an original voice. It’s important to not just keep pace with what’s going on at the moment, but instead to write with a timeless sort of wisdom. That’s the mark of a great writer.

9. Are you optimistic that traditional country music will always be part of our culture?
No question. That’s my mission. The goal, to me, is to throw a lasso around traditional country music, see what’s left of it, shore it up, and honor it. My television show has been a good staging ground for this. The big job has been to attempt to write new songs and forge a new chapter in the 21st century with this particular style. We’ve taken our case to the people. When we go out on the road, we fill up halls. People in the younger generation are looking for authenticity, and they’re finding it in traditional country music – whether it’s through Johnny Cash, or Merle Haggard, or George Jones or eventually finding their way to us. The audience is there. We just have to grow and build it.

10. Why did you choose BMI?
Everyone is like family here in Nashville, but I knew everybody at BMI, and they made me feel welcome. They truly made me feel like family. The organization has a great legacy, and it’s great to be a part of that. They’re good people. That’s the bottom line.