Posted in MusicWorld on September 5, 2012 by Lisa Zhito 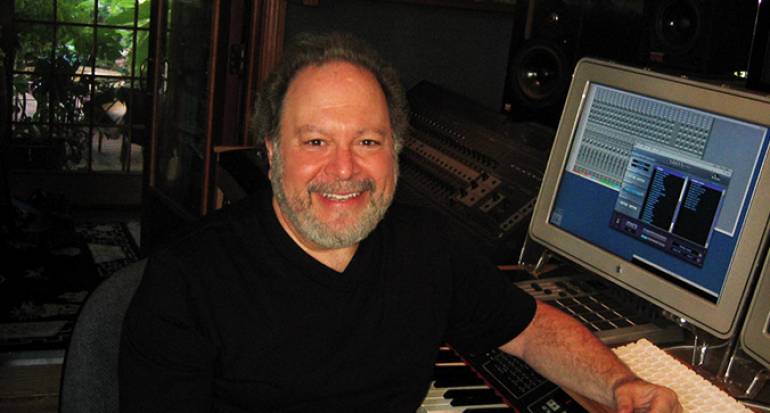 Larry Brown was fresh out of high school when he first signed with BMI – so young, in fact, that he needed parental approval to legally sign with a performing rights’ organization. That was some 45 years ago; Brown’s been composing, performing and producing music – and a member of BMI – ever since.

Brown started out as a member of Davie Allan & The Arrows, a group who pioneered the aggressive guitar sound that epitomized mid-‘60s surf and biker movies. Brown was only 17 when Mike Curb got their music placed in Roger Corman’s The Wild Angels, a film starring Peter Fonda as a Harley-riding Hells Angel that predates Easy Rider by three years. The rest, as they say, is history. Brown has worked with everyone from Etta James, Tower of Power and Andy Williams to Willie Nelson, George Harrison and Kenny Rogers.

Brown is still incredibly busy, composing for 12 weekly television shows as well as various film projects, such as the upcoming I Hope You Dance, a documentary about the Lee Ann Womack-performed hit song. We hear Brown also makes a mean bowl of chili, when he can find the time.

1. You started out so young, why did you sign with BMI back then?
Back then, the rumor was – and I was just a kid, but I still remember this – that [the other large performing rights organization (PRO)] was for the older guys and the radio guys were all signing with BMI, so that’s where I ended up. And it’s been amazing. The BMI people have been great to me. Having dealt with many other PROs, I wouldn’t change.

2. You’ve been a studio musician, touring musician, record producer, engineer, you name it. How did you learn composing?
In my early 20s I got to tour with Andy Williams for about eight years, which gave me the opportunity to work with amazing composers, because Williams’ opening act would be a headline composer. I got to tour with Michel Legrand and Hank Mancini, Ken Thorne, and Quincy Jones. So I got to sit and play their books and kind of get a first-hand look at how they made music, which really influenced me a lot.

3. I was going to ask who some of your biggest influences as a composer were. Would it be those names you just mentioned?
In the early days it was that, but I’ve also got to give a thumbs-up to some of my teachers when I was a kid. A guy named Graham Young was my junior high school teacher, who was an amazing trumpet player and studio musician here in L.A. But he still found the time to teach junior high school, and his love of music and that excitement that he instilled in me back then has always hung in there.

4. What was the best advice you got when you were starting out?
My parents were always really supportive of me, but they always said, “have another career.” So my other career I chose was to be a recording engineer. And that has been a tremendous help to me as a composer. It’s introduced me to a lot of people.

I actually reconnected with guys like Kenny Rogers, which led to me scoring the last three or four films that he did, due to the fact that I worked as an engineer and won an Emmy for a show called Kenny, Dolly & Willie. That was as an engineer, but this opened up the door back to Kenny again, which led to a lot of scoring jobs for me.

5. Is that the same advice you give newcomers today?
No! [Laughs] I don’t tell them to have another job, I tell them to really just hang in there! Learn everything you can, both in music and technology at this point in the game, be patient and don’t give up. It’s a tough business and it can take many years.

6. I’m curious how you keep things fresh and interesting. You’ve been working with clients like the Emmy-nominated Animal Rescue for 17 years!
Every project really is a new project, and I’m fortunate that I get to work in a lot of different genres. I kind of approach everything as a new day. Every time I open up a piece of video and look at the footage, music springs to my brain, basically. I love writing!

And sure, something like Animal Rescue they’re not brain surgery as a composer any more – you know after 17 years, I’ve kind of got the routine down. But the people over at that company are amazing people to work for. They’re not only talented, they’re my friends. These are really nice family shows, and they’re fun to do.

7. How have you avoided getting pigeonholed?
I’ve just played so many kinds of music over the years. For a while people thought I was a country guy because of my connection with Kenny but I’m really not, although I’ve done country music. I came out of rock and roll working with people like Ted Nugent and whatnot, so for a while I was a rock and roll guy. I’ve played a lot of jazz, and for a little bit I was a jazz guy. I’m kind of a chameleon!

I’ve kind of tried to avoid getting stuck in one particular niche, actually. I don’t really want to be pegged. In all honestly I really enjoy all of the genres. To me the challenge and the fun is jumping from one thing to another thing.

8. You do seem to have a strong Nashville connection, which continues with I Hope You Dance.
I actually moved to Nashville in the mid ‘70s to work for Tompall & The Glaser Brothers. I’d been playing drums on their sessions here in Los Angeles and also doing some engineering for them a little bit. They had built a studio and said, “Come to Nashville, look at our studio, play some drums for us and see if you like it here!”

So I went there, and I worked with a lot of great country artists, but I decided it wasn’t the place for me. This was before all the people from L.A. moved out there, and I was kind of the odd man out at that time. I was in my 20s and had long hair and a beard, and that wasn’t quite acceptable then.

9. As a composer, what do you see that’s changed for the better over the years, and what changes have maybe been not so good?
For the better, I think there’s more work out there. As television and cable has grown, it’s opened up a lot of venues that were quite small and in the older times were probably covered by guys that were signed to the studios. That’s always good. For the worse, I think the time pressures we’re put under are much tougher now. The fact that we’re kind of stuck in an electronic world for a lot of the smaller projects and TV shows is also kind of a drag. I miss working with musicians on a daily basis.

But on the other hand, I love the idea that I can go to my studio and flesh out arrangements and be able to play them for my producers and directors right away.

10. So, what’s your favorite live music venue?
The Greek Theatre in L.A., it’s by far my favorite venue. I’ve played both the Greek and the Hollywood Bowl and to me the Bowl is just too impersonal. The Greek is a smaller venue and you connect with the audience. And I think as a listener it has one of the better outdoor sound systems. I really enjoy listening to music there. It’s just a great venue.