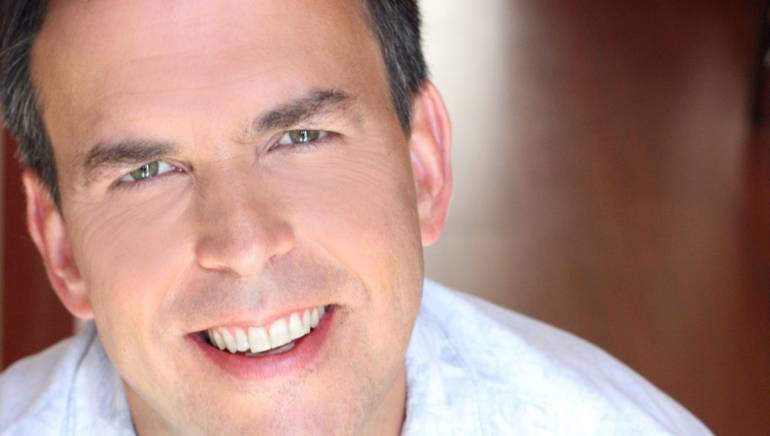 Alan Lazar is an exquisitely gifted composer who has written scores for over thirty shows and films, including An American Crime, Sex and the City, Gangsta’s Paradise/Jerusalema, and The Real Housewives of Beverly Hills. His compositions provide the soundtracks that enhance a wide range of life experiences, from noble tragedy to guilty pleasures. Recently, Lazar has added another gamut entirely to his range by writing an engaging and well-received novel ROAM (Simon and Schuster, 2011), which chronicles the mutual dedication of a lost dog and his loving owner.

1. You’re a renowned composer of orchestral pieces and film scores. Would you mind talking for a moment about your sense of aesthetics, about what makes a piece of music successful? And could you talk about a place in any of your works that you think realizes what you like music to do?
I think there’s an elusive quality in great music that is very difficult to describe in words. I think you find it in some very melodic material, like most Mozart, but also in some very rhythm-oriented tracks, like some of Tupac Shakur’s work. It’s that sense of the music floating in the air in front of you, hovering effortlessly in time and space, with a sort of beautiful grace and elegance, not bound by the earth. When composers pull that off, listeners feel this sort of universality, a feeling of happiness and sadness both at once, this tingly emotion and knowledge of what it is to be human.

I think it’s a lifelong quest for most composers to try and attain that quality. It’s a mystery. Just what it is, I guess, is some secret combo where harmony and melody and rhythm that perfectly balance each other. I feel I got closest to that quality in a piece I wrote a few months after losing my dad. It’s called ‘For Dad,’ and is a slow orchestral piece. It came out very quickly on my piano one day, and is about the sadness of losing him, and yearning to see him again. It’s on my website in the Orchestral section.

2. Your new novel ‘ROAM’ contains a soundtrack that audiences can hear while reading using an app they download. What inspired you to write a score for your novel and how do you see the music working with the text in it?
My editor at Atria Books, Sarah Durand, is responsible, in fact, as she suggested I write a song or two for the book. The publisher, part of Simon and Schuster, has been doing all sorts of cool and unique things blending books with other types of media, which I think is the future in this age of the iPad and Kindle. At first, the idea of adding music to my book kind of scared and intrigued me at the same time. I thought it could be a unique way to enhance the emotional experience for readers, but I also didn’t want to overwhelm the text. I thought it would be good if the pieces functioned as sort of “musical breaths,” where you could take a break from reading and listen to some music that related to the emotion or characters at that part of the story.

‘ROAM’ is the story of a dog’s journey through the USA as a stray, but in many ways it’s really a story of all of our journeys through life, and I realized the music could help emphasize that idea. The idea expanded, and in the end we had seven pieces at key points in the story. I decided to write for solo piano to keep the sound quite small, and also because the lead human character in the novel is a concert pianist. We recorded on my Steinway at home. To be able to express the emotions of the story in musical form, something very familiar to me, was a really rewarding way to end the whole, long process of writing the novel. You can listen to the pieces while you’re reading on iPad or Kindle, or by accessing Microsoft tags from your iPhone if you’re reading the hardcover. They also used the music in the audio book.

3. You have moved from a successful career as a composer to writing ‘ROAM.’ How and to what extent does composing music influence your fiction and/or vice versa?
Well, I think all creative folks swim in the same big ocean when it comes down to it. So, there’s a lot in common between writing music and writing fiction. For me, with both processes, I tend to start by being a little magpie, finding and searching for little golden fragments of ideas over a couple of weeks, and then slowly stitching them together into a bigger whole. Then, I try and structure everything very carefully, and get rid of everything that’s not needed.

Making music is a much more visceral process, with immediate results that keep you feeling uplifted. Music is this national endorphin rush, I think. Writing fiction can often make you want to pull out your hair, as many writers will tell you, as it’s much more in your own head. Also, with writing you carry the burden of having to make everything realistic. You have to get readers to “suspend their disbelief,” so you need a very strong rational, critical eye on your work. Music operates much more in the realm of emotion and abstraction. I’m big on structure with both I must say. Even with writing, I try to see a very architectural, mathematically perfect structure for a story in my head.

4. ‘ROAM’ is a serious consideration of the non-verbal sensory perceptions through which a dog experiences the world. Instrumental music likewise relies on non-verbal sensations. To what extent do you believe the situation in the novel resonates with musical appreciation?
You know I’d never thought of that before, but I think it’s absolutely true. In ‘ROAM,’ I tried to put myself in the mind of the dog at all times, imagining how the world would be experienced where smell is the dominant sense. Our world as humans is so dominated by sight and speech. Sight exists for dogs in a much more limited sense, and of course they don’t talk. There isn’t one word of dialogue in my novel. Yet, smell functions as a very powerful sense for a dog to experience the world. Anyone who takes their dog for a walk every day, and watches the passion with which they sniff the grass, knows exactly what I’m talking about.

And I think you’re absolutely right; when we listen to music, we kind of suspend speech and vision as the primary ways in which we deal with the world, and substitute the unique non-verbal language of music for a while.

As I was saying earlier, great music is very difficult to describe in words, and I think most of us composers would argue it describes life, love and the universe, in a way that words just can’t. In the same way, I think the way a dog experiences the world through scent is probably more powerful in some ways than our typical sight-and-speech based experience of the world. I wish I could be a dog for a day.

5. You are a composer, musician, writer, and CEO of a music corporation. What do you do in your free time (or would you do if you had it)?
Well, I have a fourteen-month old baby girl, and I spend every free second I can with her. Anyone’s who’s been a new dad knows just how invigorating that can be (and tiring too sometimes!). If I had more free time, I’d go back to my pre-dad joys of eating out at great restaurants with family and friends, watching back-to-back movies, and occasionally sneaking off to my studio to play ‘Civilization.’ Okay, I admit I still do quite a bit of those things too.

6. What projects (literary, musical, or both) are presently in the works?
I’m busy scoring a documentary called ‘Children Rise,’ narrated by Charlize Theron. It’s about street-kids in Durban and is a beautiful film directed by Billy Raftery. Then I’ll be doing some more tracks for ‘Real Housewives of Beverly Hills’, which is always a lot of fun. Later in the year, my friend Sean McGinly is making a film with John Malkovich called ‘Brooklyn,’ which I’ll be scoring, and then I’ll be doing a doc about zebras by an amazing wildlife photographer called Adrian Bailey. We’re also busy putting together volume 7 of our Lalela Music library, which is always exciting because I get to work with lots of other terrific composers. I’m also writing a new novel. I’m in the magpie stage currently.

8. What is your favorite live music venue?
The Hollywood Bowl. Picnics with family and friends listening to great music under the stars. Just doesn’t get better.

9. Why did you choose BMI?
I was a newbie to the business when I got my first TV show, and my lawyer told me to join BMI because they were the best. After 17 years at BMI, I think I’d agree. Firstly, because their checks have saved my butt several times. Secondly, because their film and TV department really builds strong relationships with composers, which I think is very important. Some of the folks at BMI have become very good friends of mine over the years.

10. What advice would you give to writers or composers just starting out?
It’s a very tough business, so don’t do it unless you really love it and feel you simply couldn’t do anything else with your life. When you’ve decided that, I think it’s very important to follow your heart, and try and create something very unique with your music. There are so many young composers who send me demos that sound just like John Williams or Danny Elfman, except they’re not the real John Williams or Danny Elfman. Much better to try and find that unique composer inside of yourself, because that’s what’s going to set you apart, and get you jobs in a hyper-competitive field.

Apart from being unique, I think you have to be patient, persistent, and have a good sense of humor.