BMI’s ability to consistently perform is the result of a deliberate focus on managing a diverse portfolio of revenue streams from a broad spectrum of licensees, coupled with the global strength of the company’s repertoire across all musical genres.  BMI President & CEO Del Bryant said, “In addition to the strength of our repertoire, a key factor in our ability to grow revenues despite a challenging global economy is the enduring value of our core offering: the blanket license.  Securing unlimited public-performance rights to BMI’s entire repertoire of more than 7.5 million works with one stable agreement is as valuable for new media companies such as YouTube and Spotify as it is for our radio, television, cable network and general licensees.”

Bryant pointed out that BMI manages the complexities of the global rights marketplace for its songwriters, composers and music publishers as well.  The vast majority of musical creators and copyright owners that BMI represents are self-managed, small businesses.  They are an important part of the financial engine at the heart of the American economy. “The royalties that BMI distributes to thousands of writers and publishers across America lend stability to a fast-changing industry and tumultuous economy,” said Bryant.

BMI songwriters dominated the music industry’s most prestigious awards over the last year, including the Grammys, the Tonys, Downbeat Jazz Poll, the MTV and CMA Awards, among others. The repertoire was invigorated by global megahits from songwriters such as Lady Gaga, The Black Eyed Peas, Taylor Swift and Rihanna, and breakout success across a wide spectrum of genres from songwriter/artists such as urban sensation Nicki Minaj, British chanteuse Adele, urban/Latin phenomenon Pitbull and such Nashville newcomers as The Band Perry, Easton Corbin and Jason Aldean. These new songwriter/artists build on a foundation laid by BMI icons such as The Eagles, ZZ Top, Paul Simon, The Rolling Stones, Snoop Dogg, Willie Nelson and Queen.

BMI continues to operate with an overhead among the lowest of any music rights organization in the world, an achievement made possible by the company’s long-term dedication to technology leadership. In 2010, BMI processed almost 100 billion copyright transactions on behalf of its music creators, copyright owners and licensees.  The company continually invests in its industry-leading infrastructure to facilitate ever-widening uses of its repertoire in both digital and traditional media.

Broadcast Music, Inc.® (BMI®), a global leader in rights management, is an American performing rights organization that represents songwriters, composers and music publishers in all genres of music. BMI has represented the most popular and beloved music from around the world for more than 70 years. The company provides licenses for businesses that perform music, and distributes the fees it generates as royalties to the musical creators and copyright owners it represents. 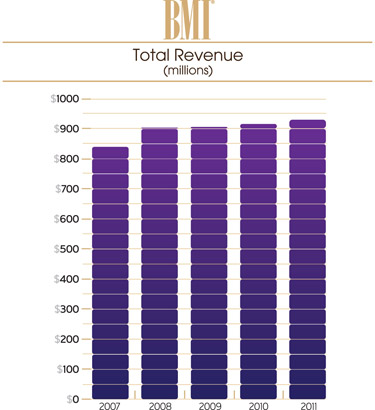 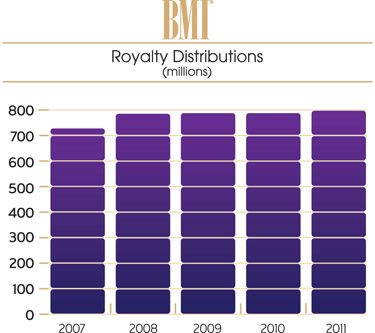 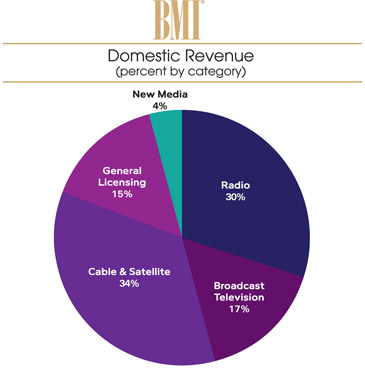