It was a good night for the lead singer of Casting Crowns, who also earned his second BMI Christian Songwriter of the Year honor. Mark Hall’s hits ““Lifesong,” “Praise You in This Storm” and “Voice of Truth,” all recorded by Casting Crowns, garnered three BMI Christian Awards in both the Contemporary and Inspirational categories.

The ceremony also feted Publisher of the Year Songs of Greater Vision. The award is determined by the highest percentage of copyright ownership in award songs. The company’s two honored songs, “Do You Want To Be Forgiven” and “Don’t Let The Sandals Fool Ya,” secured individual BMI Christian Awards for their adroit writer, Rodney Griffin.

A complete list of the 2007 BMI Christian Awards is available on bmi.com and downloadable, high resolution photos and press materials will be available Sunday, April 22 at 10 p.m. on press.bmi.com. To request access, please contact .(JavaScript must be enabled to view this email address).

Broadcast Music, Inc.® (BMI) is an American performing right organization that represents more than 300,000 songwriters, composers and publishers in all genres of music. For more than 65 years, BMI has represented the most popular and beloved music from around the world, a vast repertoire that includes more than 6.5 million works. The non-profit-making corporation collects license fees from businesses that use music, which it then distributes as royalties to the musical creators and copyright owners it represents. 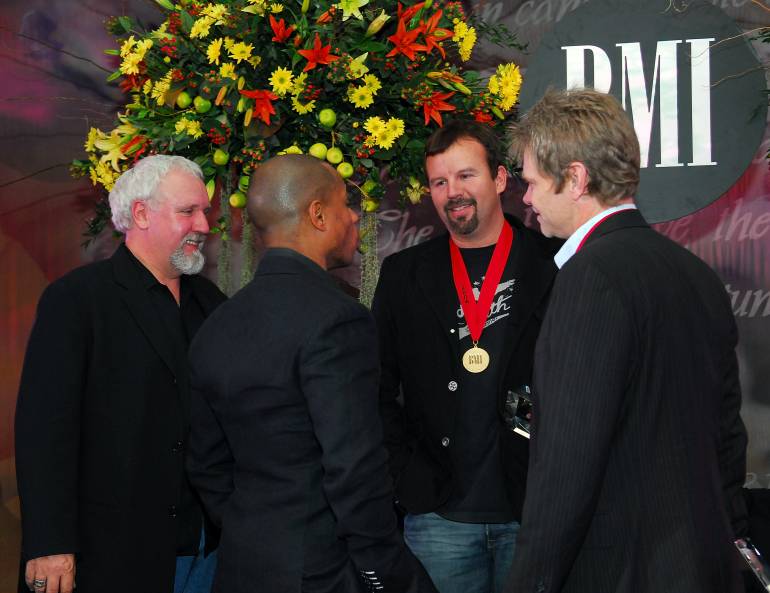 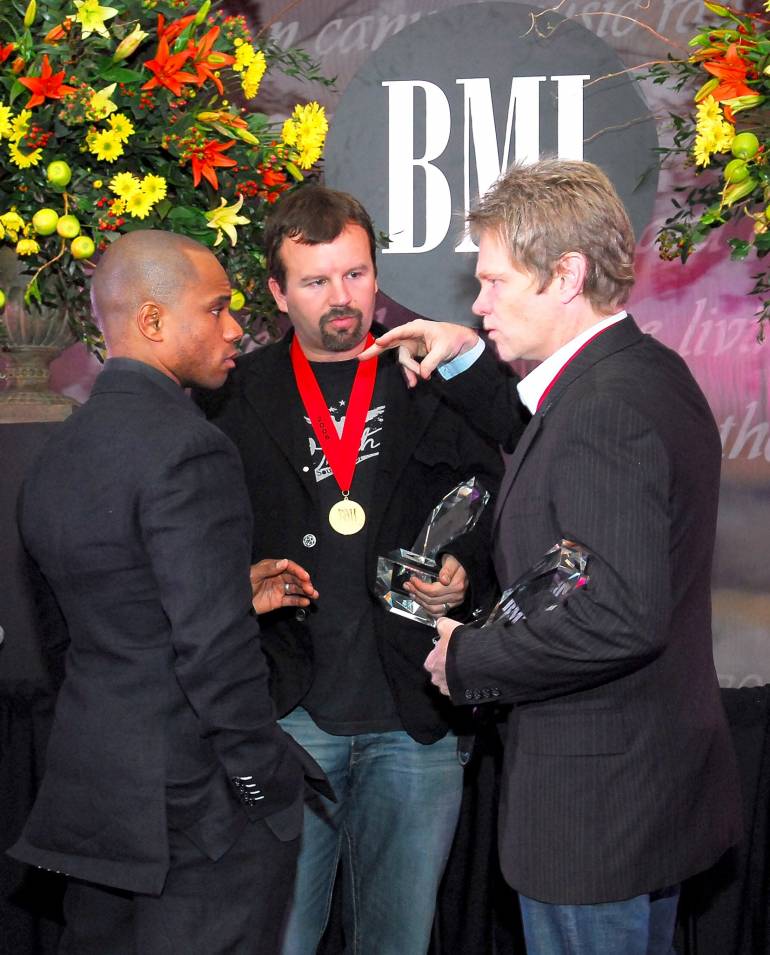 Kirk Franklin, Mark Hall and Steven Curtis Chapman enjoy a moment of fellowship as the BMI Christian Awards come to an end 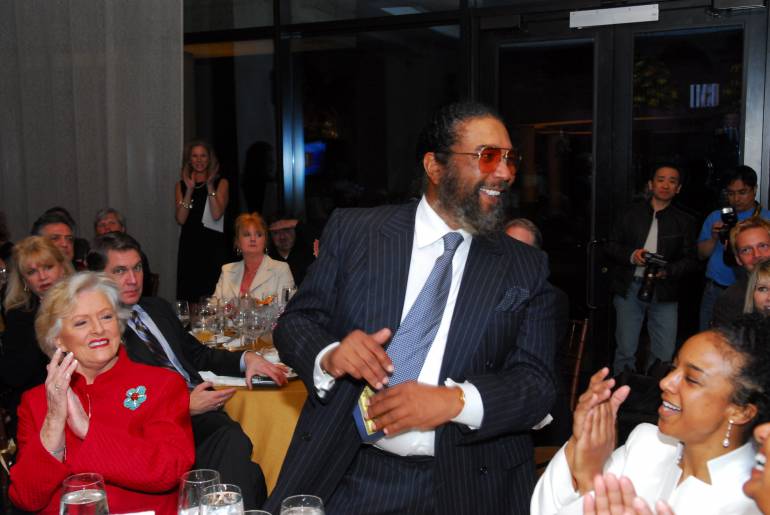 Motown scribe Eddie Holland generates a hearty round of applause 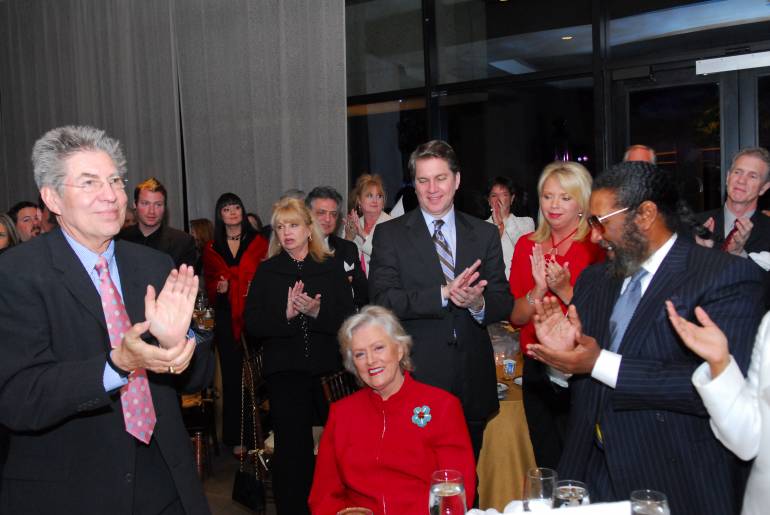 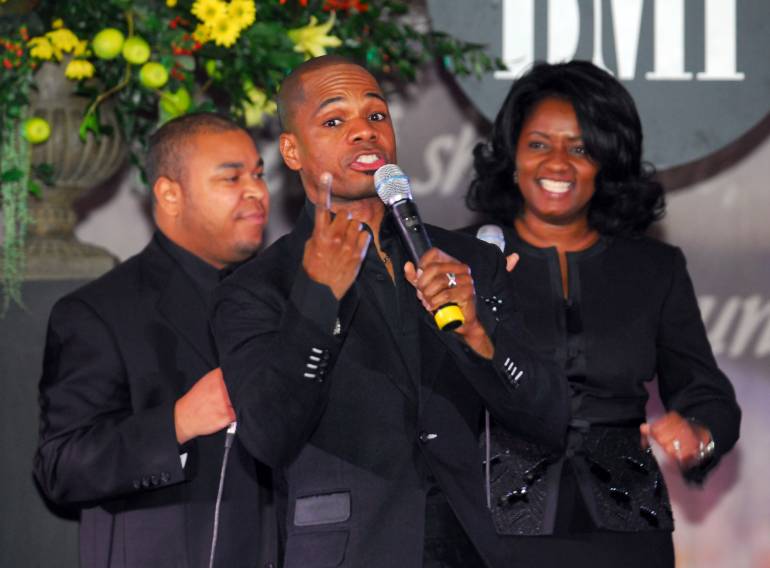 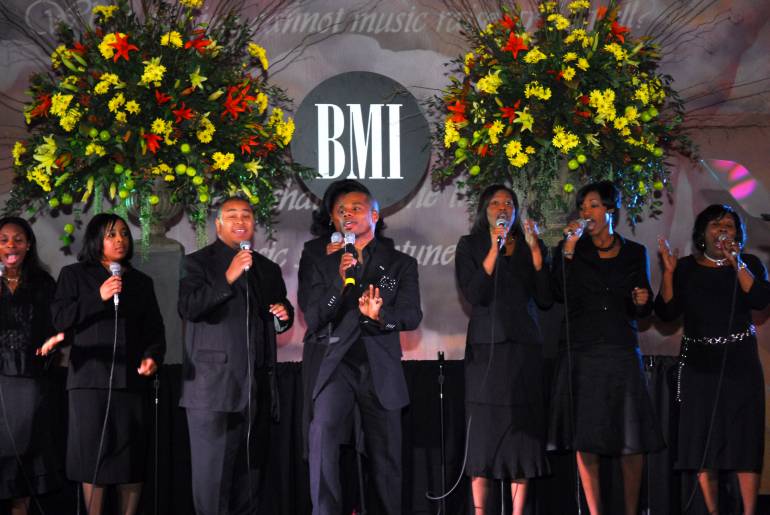 Kirk Franklin performs "Looking for You" with a stellar choir. 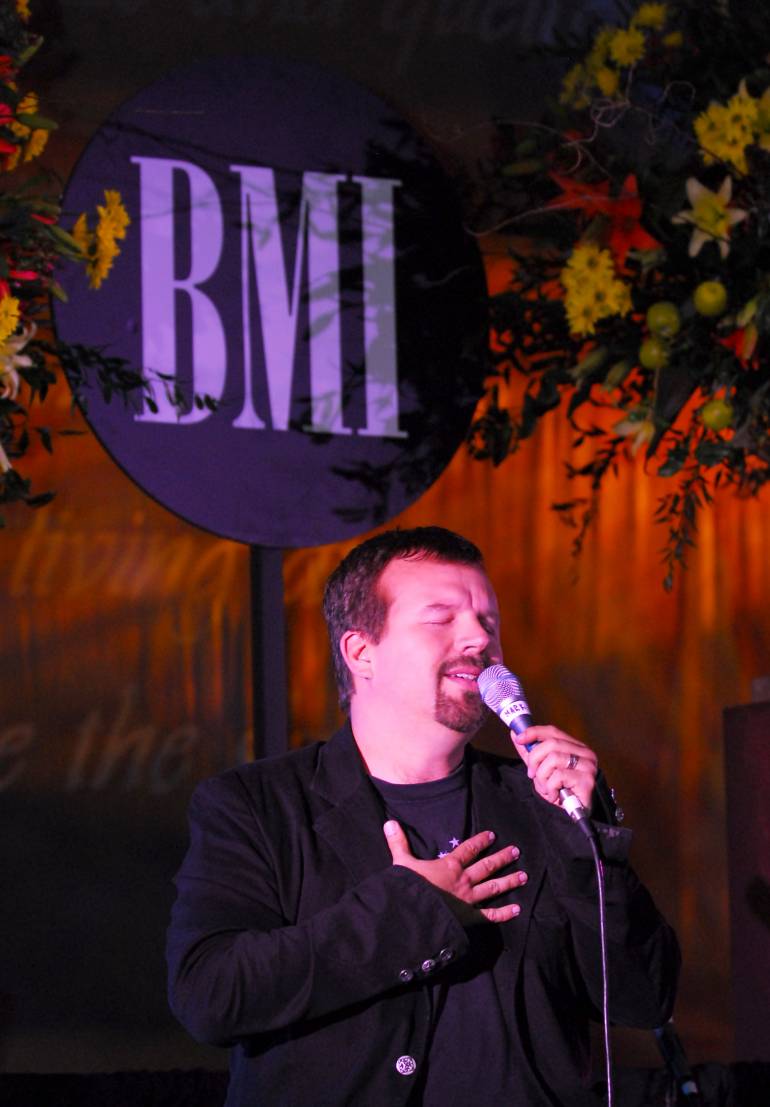 Mark Hall performs award-winning song "Praise You in this Storm." 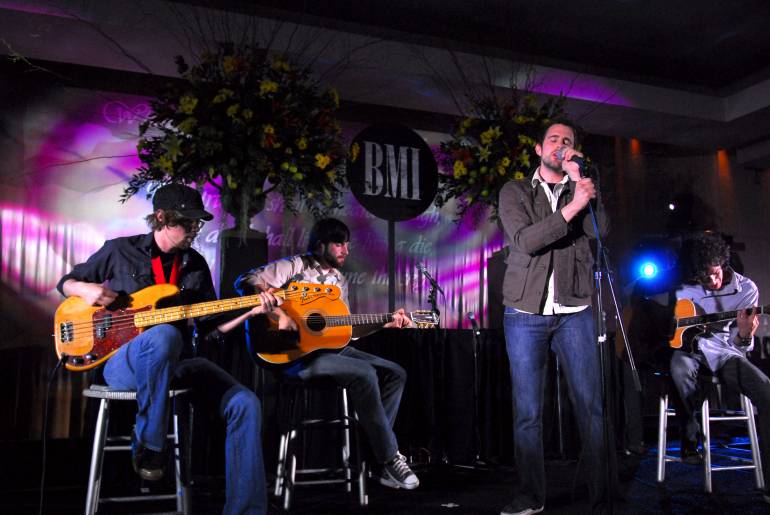 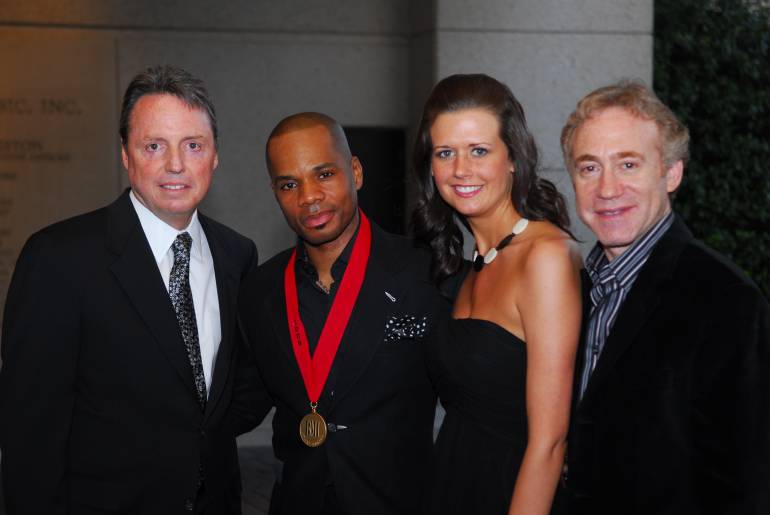 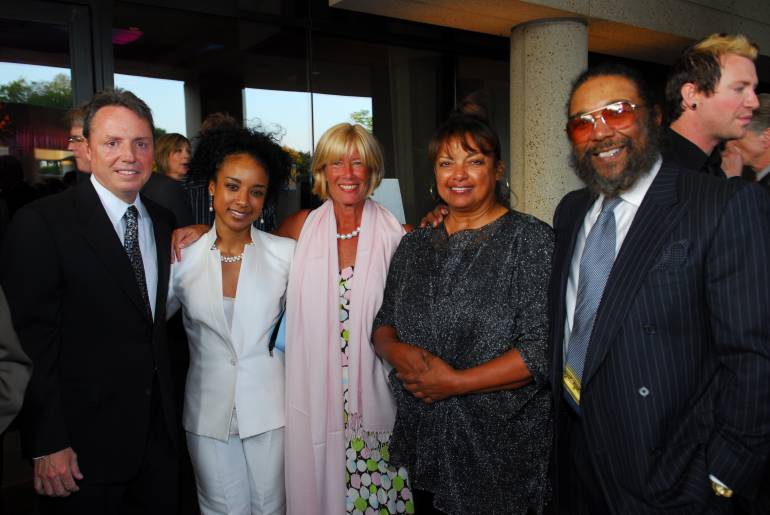 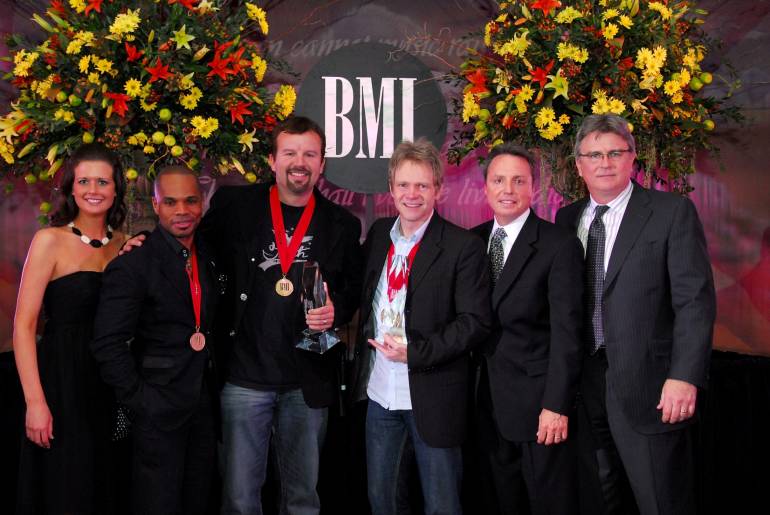