One of the highlights of the evening was the presentation of the BMI Richard Kirk Award for Outstanding Career Achievement to composer Randy Edelman. Named after late BMI Vice President Richard Kirk, the prestigious award is given annually to the composer who has made significant contributions to film and TV music. Former recipients of the award include John Barry, Danny Elfman, Charlie Fox, Jerry Goldsmith, Earle Hagen, Michael Kamen, Alan Menken, Thomas Newman, Mike Post, Lalo Schifrin, Richard and Robert Sherman, W.G. “Snuffy” Walden, John Williams and Patrick Williams.

Another highlight of the dinner was the presentation of the BMI President’s Award to entertainer Merv Griffin. BMI created the President’s Award in 1993 to honor an exceptional person in the entertainment industry deserving of special recognition. It symbolizes BMI’s commitment to creative and unique individuals who have made this industry what it is today. Past awardees include Harlan Howard, Earle Hagen, Brian Wilson, Willie Nelson, Alabama and Pete Townshend.

Recognized as one of the great melodic composers in film music, Edelman grew up in Teaneck, New Jersey, studying piano at an early age and later majoring in piano and composition at the Cincinnati Music Conservatory. While in Cincinnati, he began freelancing as a music arranger at James Brown’s King Records, and also wrote original music for regional theater. Upon graduation Randy headed back to New York where he signed on as a staff writer at CBS April Blackwood Music. He worked as a music arranger and musician on Broadway and later went on the road as a musical director for many entertainers. He recorded solo records, which led him to open for such diverse groups as The Carpenters and Frank Zappa and the Mothers of Invention. His songs were recorded by such popular recording artists as Barry Manilow (“Weekend in New England”), Olivia Newton-John, Patti LaBelle, The Carpenters, The 5th Dimension, Jackie DeShannon and Blood, Sweat and Tears.

He became interested in using his background as a classical musician and arranger to pursue his interest in film scoring. In between his album recording, he began scoring several television and feature films including MacGyver, Maximum Security, Brisco County Jr. and several award-winning After School Specials. Within 12 years, Edelman had scored over 60 films. His diverse credits include the Golden Globe and British Academy Award-nominated score for The Last of the Mohicans, Gettysburg, Kindgergarten Cop, XXX, While You Were Sleeping, The Mask and Anaconda. Edelman has also written the NBC’s NFL Football Theme, the Sports Century documentary series theme, and the on-air Olympic theme for NBC. His scores have opened the Super Bowl and closed the Atlanta Olympic broadcast for which he received an Emmy Award. He is currently scoring the theme to the 2003 Wimbeldon tennis tournament and Nia Vardalos’s new film, Connie and Carla.

At the dinner, Edelman was honored by many of the directors with whom he has worked, being described by them as a passionate, focused, committed, free spirit with a devil-may-care attitude. Writer/Director Jonathan Lynn (The Whole Nine Yards, My Cousin Vinny) said Edelman’s award was, “Thoroughly well deserved for years of writing one terrific score after another, and it’s been my pleasure and privilege to work with you.” Calling him one of the great songmeisters of this era, Director/Producer Ivan Reitman (Twins, Ghostbusters II, Kindergarten Cop) said Edelman, “...latches onto what’s going on in the film in a very clear and emotional way, and he tries to find a musical equivalent that parallels his own emotional response.”

Producer Roger Birnbaum (Connie and Carla, Shanghai Noon, Six Days Seven Nights), who has worked with Edelman since he wrote “Weekend In New England” which Barry Manilow recorded, said “…the thing that’s unique about Randy is that in his compositions the basis is always a very, very beautiful melody - and that to me distinguishes him from other composers.” He went on to add that; “…it’s his versatility, his love of movies, his love of music that doesn’t really pigeonhole him into being one kind of composer for one kind of music. He has the ability to compose for all kind of stories, regardless if it’s dramatic or comedic.”

Director/Producer Ronald F. Maxwell (Gods and Generals, Gettysburg) referred to him as a “tune factory,” “…what makes him special for a motion picture is that the melody he comes up with is derived from the moment or absolutely from the character in that moment. There’s nothing alien about what he does in terms of the story, so the music fits completely…”

One of the television’s most successful personalities with his Emmy-award winning “Merv Griffin Show,” Griffin has created the scores and themes for two of the most-watched and longest-running game shows in television history: “Wheel of Fortune” and “Jeopardy!” He has also made significant contributions as a recording artist, songwriter and producer, and is highly regarded for his business

acumen and philanthropic activities. Owner of Merv Griffin’s Beverly Hilton Hotel among other hotel properties, he recently released his second autobiography, Merv: Making the Good Life Last, and has signed a deal with ABC Family to bring back his hit series, “Dance Fever.”

Composers receiving the most nods at the BMI Film & Television awards included composers John Williams for Star Wars: Episode II – Attack of the Clones, Harry Potter and The Chamber of Secrets, Catch Me If You Can and Minority Report; Danny Elfman for Spider-Man, The Simpsons, Men In Black II and Chicago; and Mike Post for Law &Order, Law & Order: SVU, Law & Order: CI and NYPD Blue. Other multiple winning composers included David Vanacore for Joe Millionaire, Survivor: Amazon and Survivor: Thailand; Thomas Newman for Six Feet Under (two awards) and Road to Perdition; and Eminem for 8 Mile and “Lose Yourself” from 8 Mile (two awards).

For the second year, BMI honored the composers of the highest-ranking cable television shows of the year with the BMI Cable Television Music Award. Award recipients included Mark Mothersbaugh for Rugrats and Mind of the Married Man, Kara Dio Guardi for For The People, Howlin’ Wolf for The Sopranos, Douglas Cuomo for Sex and the City, Starr Parodi and Jeff Fair for The Division, and Danny Pelfrey and David Bergeaud for Strong Medicine. BMI also gave the first Cable Mini-Series Award to Laura Karpman for Taken.

“Lose Yourself” from 8 Mile was named The Most Performed Song From A Motion Picture and also recognized for winning the Academy Award for Music (song). “Lose Yourself” was written by Eminem and Jeff Bass and published by Eight Mile Style Music.

Founded in 1940, BMI is an American performing rights organization that represents approximately 300,000 songwriters, composer and music publishers in all genres of music. Through its music performance and reciprocal agreements with sister organizations around the world, it grants businesses and media access to its repertoire of approximately 4.5 million songs and compositions.

Attached is a complete listing of composers and songwriters who received awards at BMI’s Film & Television Awards. High-resolution photos from the event will be available on BMI.com to registered users only. To request access, please contact .(JavaScript must be enabled to view this email address).
# # #

Jerry Goldsmith The Sum Of All Fears

Lalo Schifrin Bringing Down the House

John Williams Harry Potter and the Chamber of Secrets
Star Wars: Episode II – Attack of the Clones
Catch Me If You Can
Minority Report

Kurt Farquhar The King of Queens

Josh Goldsmith The King of Queens

Andrew Gross The King of Queens

Peter Robinson Without A Trace

Cathy Yuspa The King of Queens

A.J. Gundell All My Children

Gary Kuo All My Children

Dominic Messenger All My Children

Jerry Pilato All My Children

Douglas Cuomo Sex and the City

Kara Dio Guardi For The People 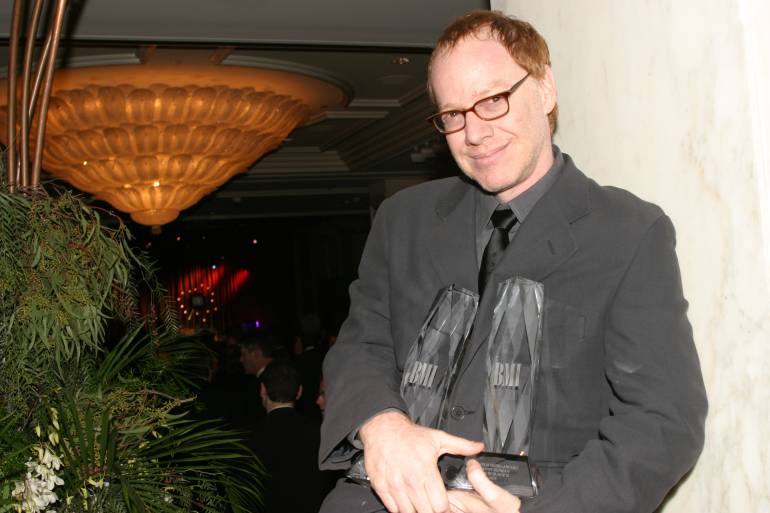 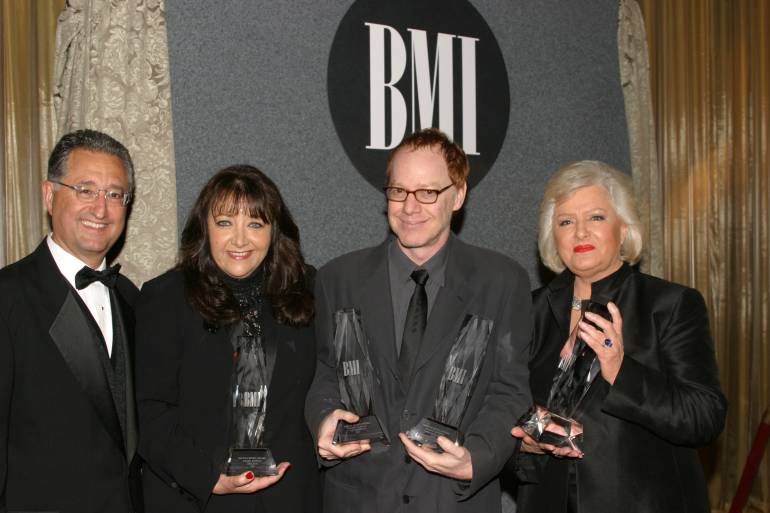 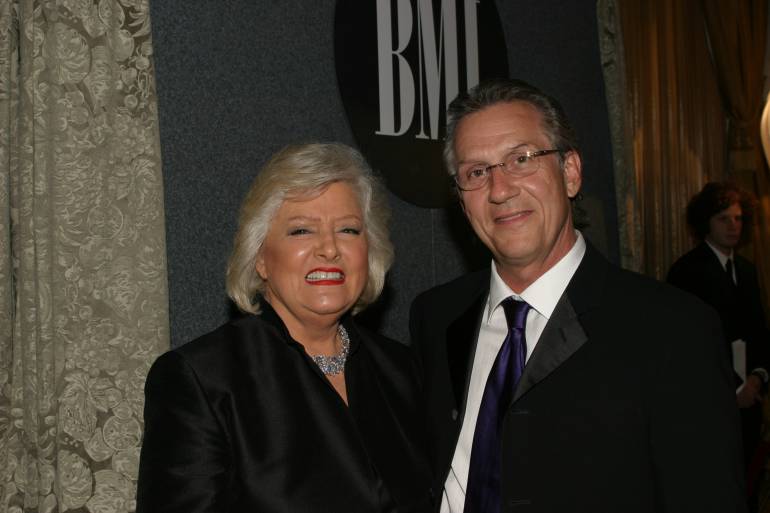 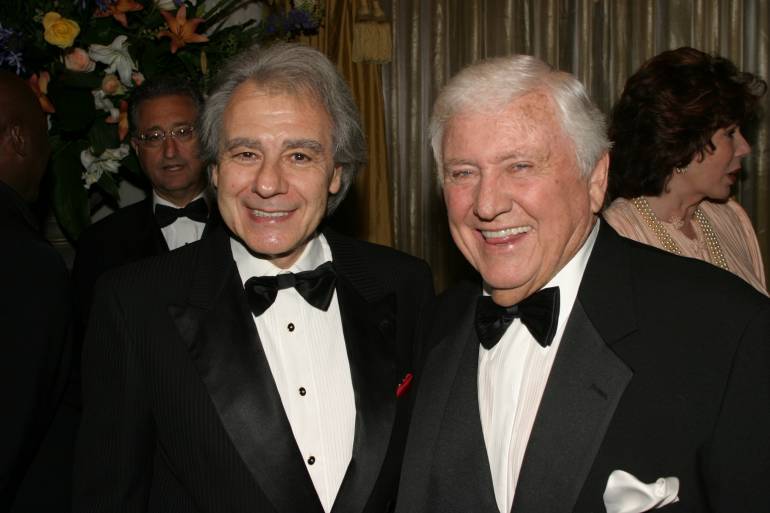 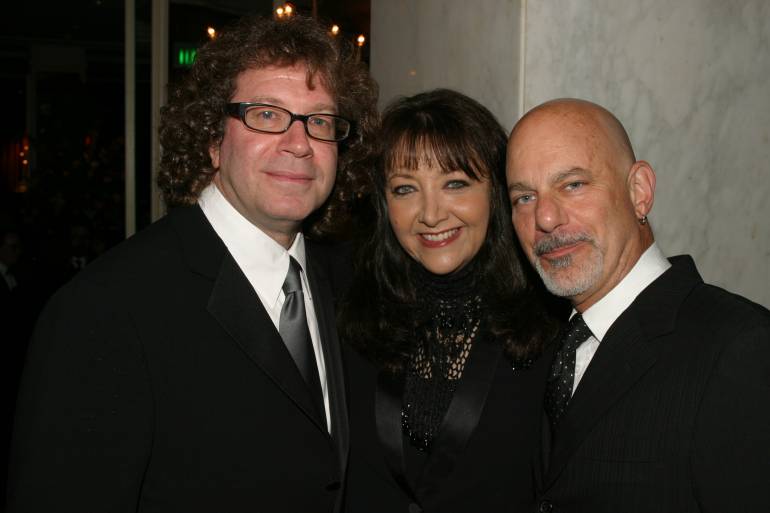 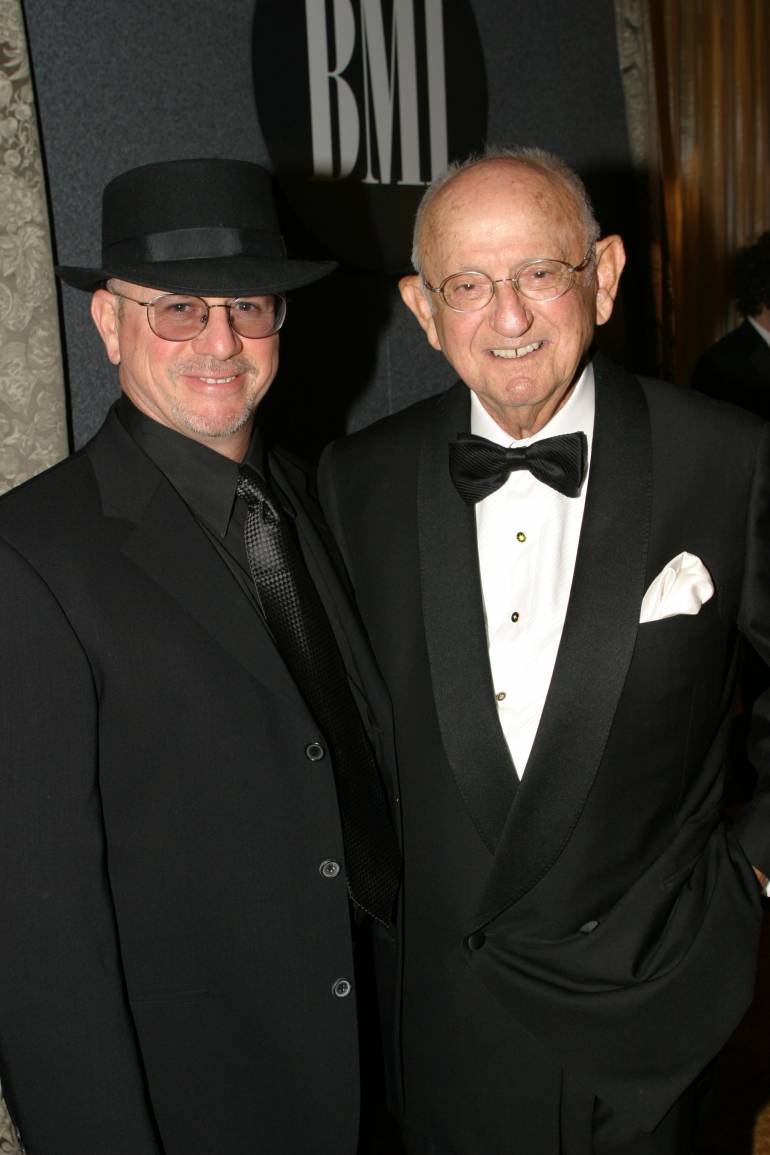 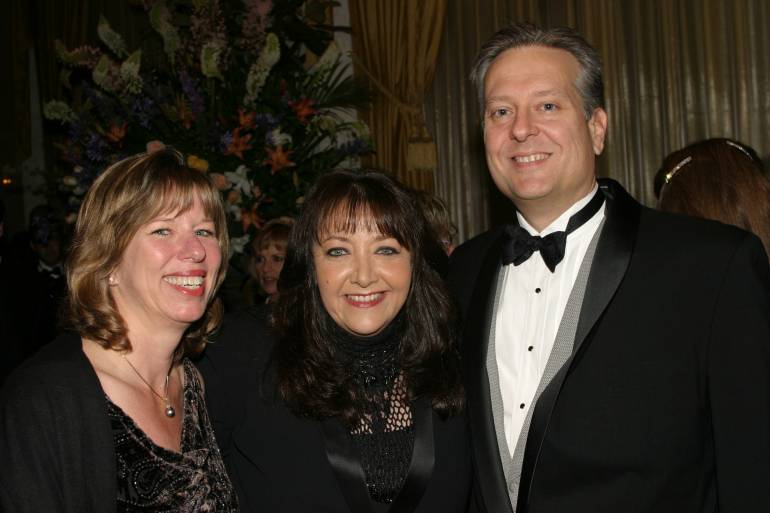 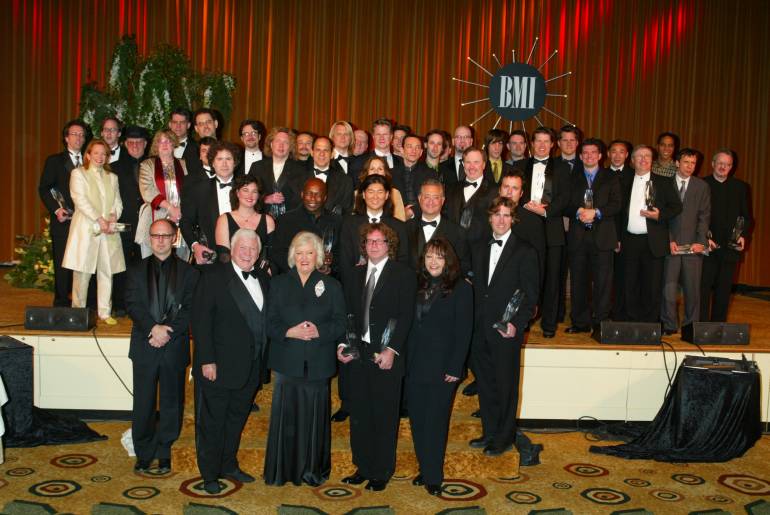 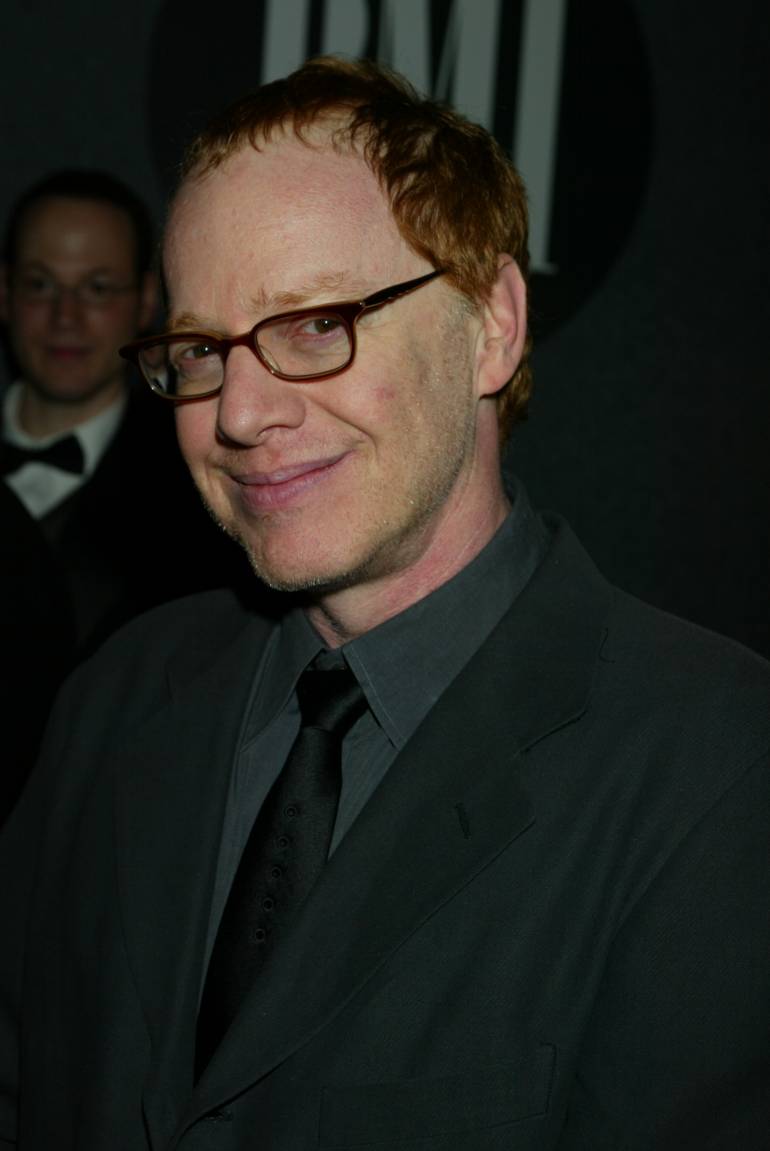 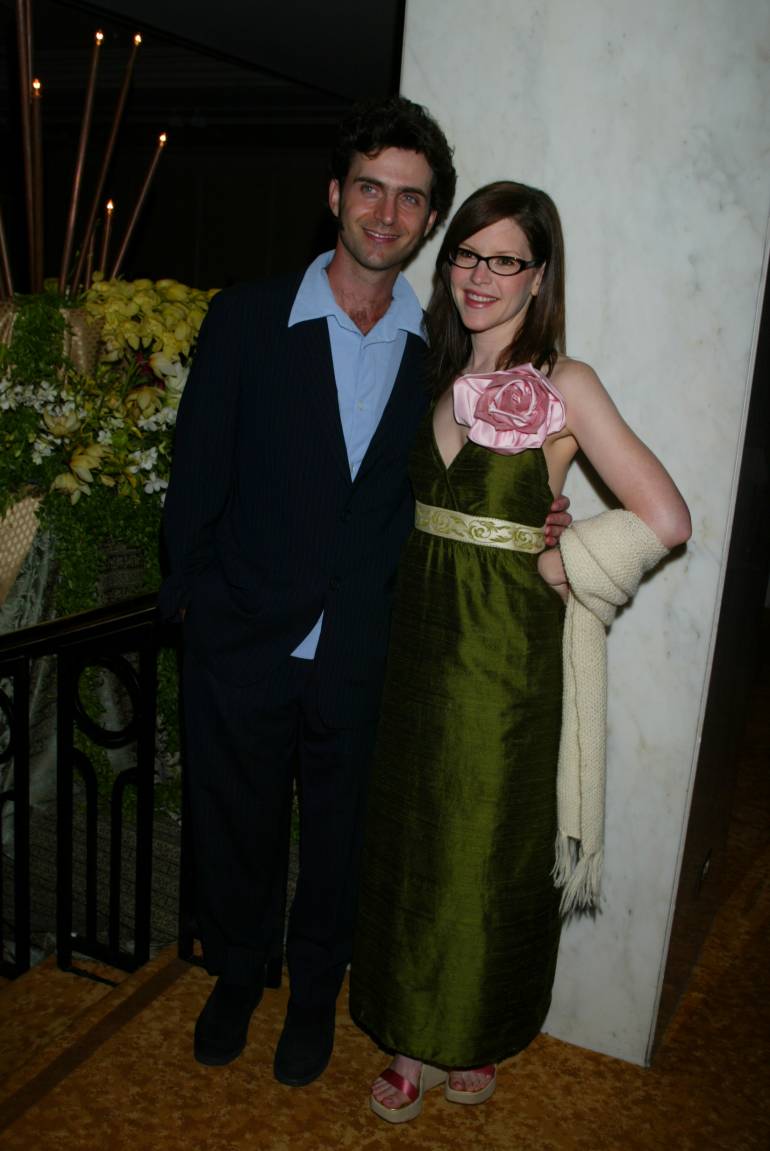 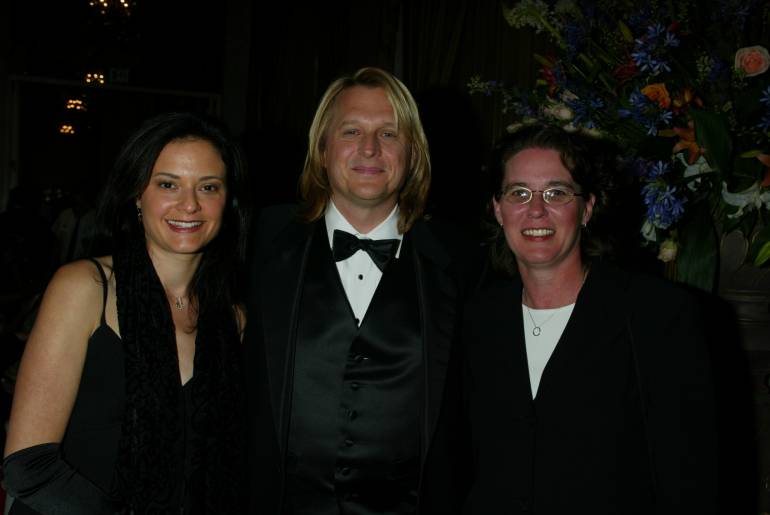 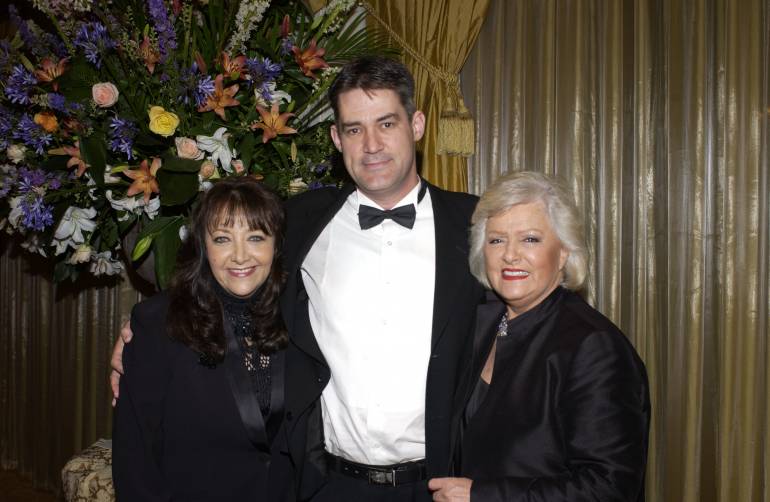 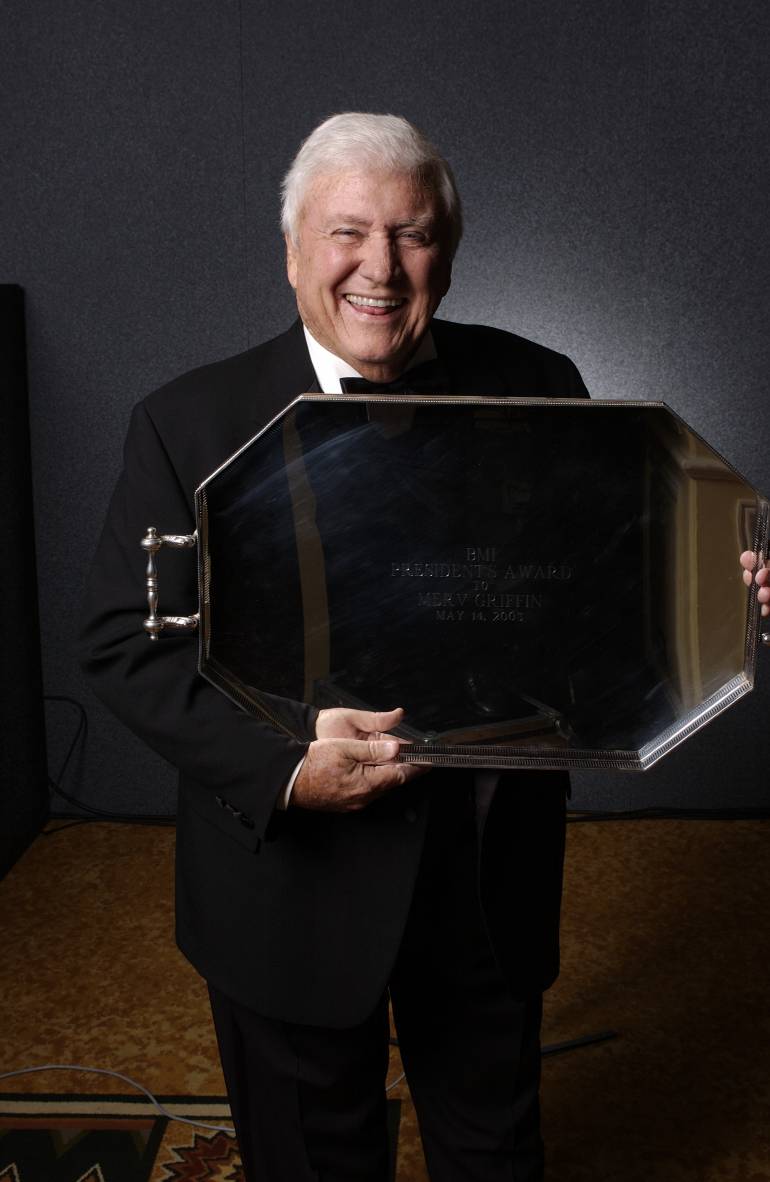 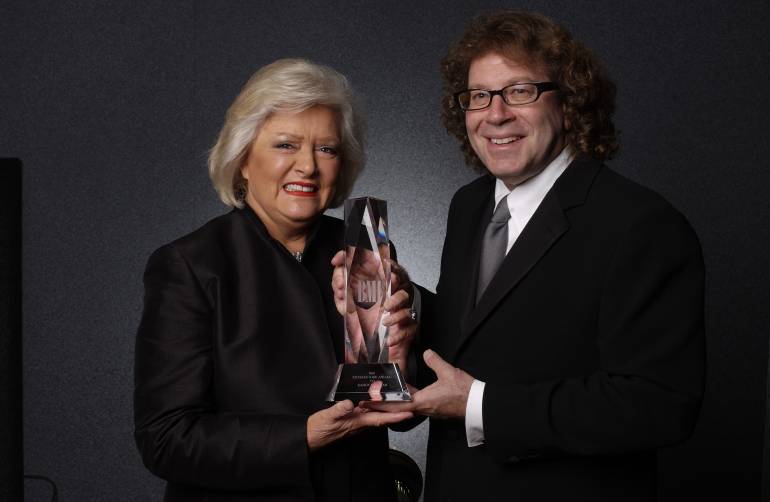