Posted in MusicWorld on September 10, 2009 by Russell Hall 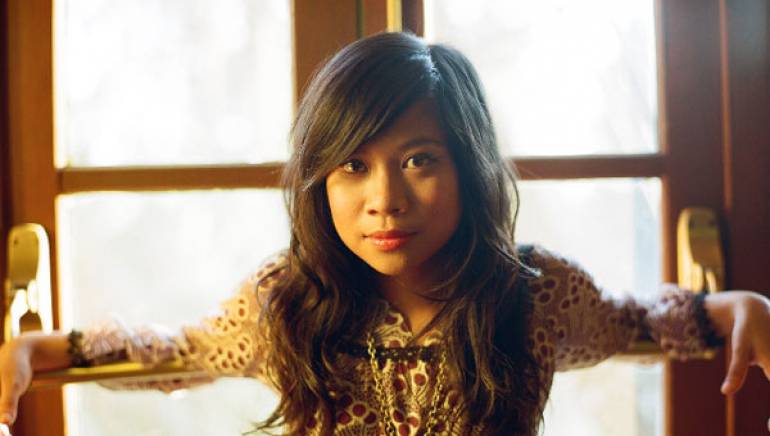 Zee Avi says there’s a specific moment that tells her if she’s onto something promising, whenever she writes a song. “It’s when I feel as if I’ve told someone a secret,” she explains, “where I’m really relieved and a weight has been taken off my shoulders. That’s when I think, ‘Okay, there it is.’”

Avi will likely be sharing those secrets for long time to come. Just 23 years-old, she’s already seen her life unfold like something out of a fairy tale. Born and raised in Malaysia, the petite singer-songwriter first picked up a guitar when she was 17. Music was put on hold for four years while she studied fashion design in London, but when she returned to her home in Kuala Lumpur in 2007, she began writing songs “in a serious way.”

Long story short, she posted several homemade videos of her work on YouTube, White Stripes manager Ian Montone saw them, and within days, Avi was on a plane to L.A. to record material for an album.

“It was pretty daunting at first,” she says, “coming here and going into a recording studio for the first time. But I started thinking, ‘Don’t let this overwhelm you. Just take it day by day.’”

Daunting or not, Avi’s self-titled debut exudes a confidence and maturity that belie her newcomer status. Fitted with spare, acoustic-based arrangements, the material veers from old-school jazz to contemporary singer-songwriter fare to songs that evoke American standards from the first half of the century.

“I’m a huge fan of swing bands, and Gershwin, and America jazz from the ‘20s,” Avi says. “I think a lot of things we hear today were influenced by music from that era.”

Avi also says the idea of couching dark themes in sprite music – another near-constant in her work – is something she finds especially appealing.

“The song that first inspired me to write that way was ‘Who Loves the Sun,’ by the Velvet Underground,” she explains. “That’s when I realized you could mix melancholy lyrics with upbeat melodies. I love that sort of irony.”