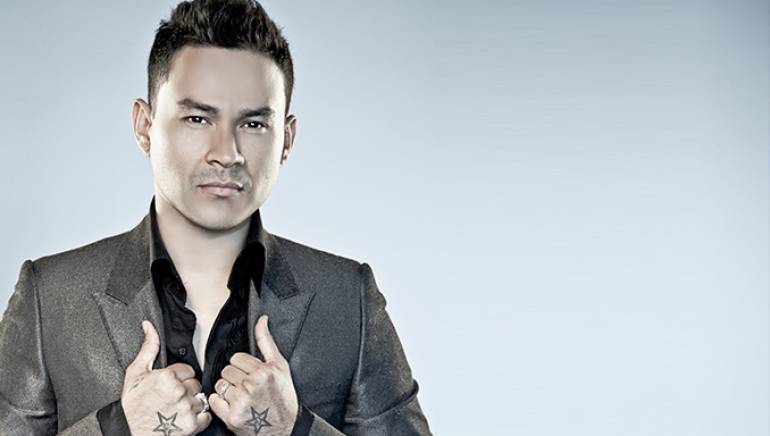 It’s been close to a decade since we heard Frankie J’s apologetic whispers on his solo breakout breakup single, “Don’t Wanna Try.” The track was later flipped into a Spanish version “Ya No Es Igual,” garnering notoriety for Frankie in multiple markets. It was a formula that he grew quite fond of, as his second Top 10 single, “Obsession (No Es Amor),” started as a Bachata song by Aventura, until Frankie translated it into English (only to flip it back into Spanish). As he readies his seventh solo album, things have changed.

“I was talking to my wife about this the other day,” Frankie J says. “She was like, ‘Don’t try to write something in English and then translate it. Write it in Spanish first.’ But in the past, it worked for me.” The Tijuana, Mexico-born and San Diego, CA-bred artist spent his younger years in a Spanish-speaking household, while all of his friends spoke English. “It was hard to balance it,” Frankie J recalls.

Moving into a predominantly Latin market — with a new home at Universal Music Latino — Frankie is opting to put Spanish first. “I realized now that going into my motherland, Mexico, I figured it’s gotta be done naturally,” he says. “If I write a song in English then translate it, the organic way of writing could be taken from the song.”

With the help of fellow former Kumbia Kings affiliate/BMI songwriter Luigi Giraldo, Frankie J hopes to rule 2012 with his third Spanish language album. After a five-year hiatus, he returns with a “mature” change to his songwriting.

“I took the time to focus on my wife and on my children,” Frankie says. The untitled work is slated for the summer, and according to Frankie J, it’s no holds barred. “I’m letting things unravel,” he explains. “Now that I feel more at ease and at peace with myself and my family, it’s time to hit the road again.”