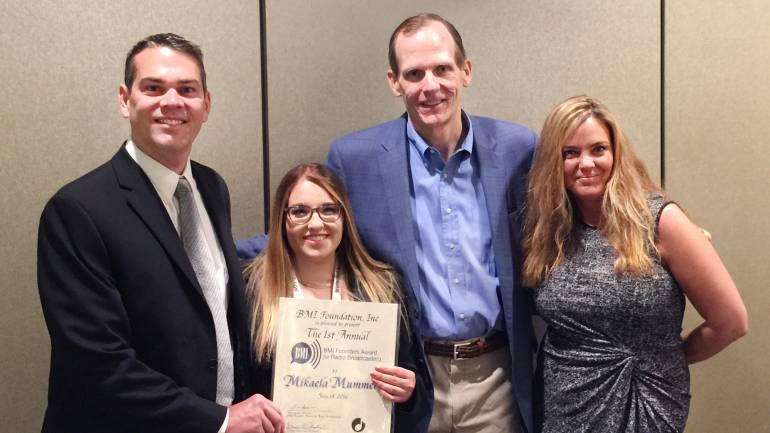 Launched in 2015, the BMI Founders Award commemorates the group of radio industry leaders who founded BMI in 1939 with a groundbreaking open-door policy supporting songwriters, composers, and publishers of all genres of music. The program aims to encourage students who will further this legacy as future innovators of broadcast radio, awarding a $5,000 scholarship annually based on an applicant’s original essay response and academic record.

Mummert’s winning essay, entitled “Streaming Services and Social Media: Advancements Helping the Radio Industry,” discussed the ways in which digital streaming, mobile phone apps, and social media platforms have enabled modern radio to develop increased engagement with a broader audience of listeners and artists alike. The judges praised her entry for its clarity, cohesion, and strength as an overview of radio’s place in the rapidly changing media landscape.