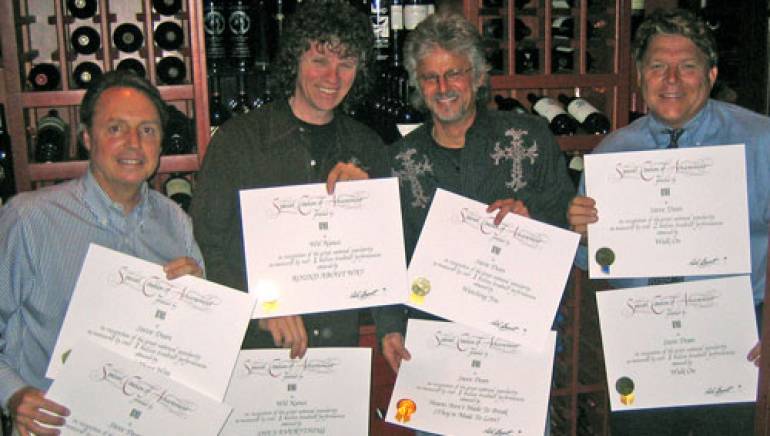 Friends Wil Nance and Steve Dean recently celebrated significant career milestones together as BMI saluted them both for penning songs that have achieved more than one million performances. Nance and Dean’s co-written “Round About Way,” recorded by George Strait, hit the one million mark, while Nance’s “She’s Everything” recorded by Brad Paisley, along with Dean’s “Watching You” recorded by Rodney Atkins, “Southern Star” recorded by Alabama and “Hearts Aren’t Made to Break (They’re Made to Love)” recorded by Lee Greenwood, also reached the impressive benchmark. Steve Dean also composed Reba McEntire’s “Walk On,” which has amassed two million spins.