Posted in MusicWorld on October 28, 2010 by Drew Kennedy 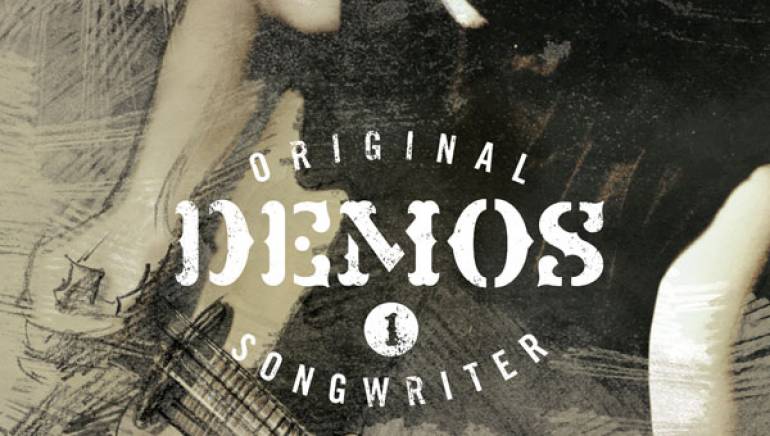 Whether you enjoyed your history classes in school or not, chances are you’ve spent a little bit of time thinking about the past. Everyone likes a little historical exploration, whether it’s from the comfort of a couch, watching Indiana Jones whip his way to treasures of a long-forgotten era, or it’s something that involves a little more elbow grease, like researching the genealogical branches of a family tree. It’s no different in the music industry, of course, but while ten different people may give you ten different opinions as to where they think the business is heading, ask anyone in Nashville what has made the town’s brand of music so popular, and they’ll all give you the same answer: the songs.

That’s what country music does—it peels away all of the excess in a situation and leaves you staring face-to-face with the cold, hard truth. The Original Songwriter Demos takes that matter-of-factness one step farther by stripping away the names of the artists who brought you some of the genre’s biggest hits of the last 20 years. What’s left is the blueprint to their success: the songs, and more specifically, the people responsible for writing them.

“I’m thrilled to be a part of this project,” says Gary Harrison, co-writer of “Strawberry Wine,” which Deana Carter took to number one in 1996. “I hope anyone who hears our original writer’s version will appreciate the artistry of [co-writer and vocalist] Matraca Berg and someone like Dan Dugmore, who created that signature steel lick which he recreated on the record. Deana and her producer Chris Farren didn’t try to reinvent the wheel after they heard our demo—they felt we had done good things and just built on that.”

“When Scott [Hendricks, Senior VP of A&R at Warner] suggested this concept I went back and listened to the demo for the first time in maybe 13 years. I was surprised it held up so well,” says “Strawberry Wine” co-writer Berg. “I feel blessed to have had so much success from a song that was so deeply personal to me, as well as having a co-writer like Gary Harrison and someone like [producer] Harry Stinson to provide us with the focus we needed in the sound of those demos.”

The gracious nods of gratitude to those involved are par for the course for these behind-the-scenes word warriors. Giving credit where credit is due and sharing the spotlight (if it should ever peek around a corner and shine on their small circle of writers and friends, as it has with The Original Songwriter Demos) is something that these writers seldom, if ever, forget to do.

“Songwriting is a team sport—it’s a give and take from the writers to the players in a session, and because of that we’re a really tightly knit group of people,” says Bobby Boyd, who co-wrote “Bless the Broken Road,” which Rascal Flatts took to #1 in 2004. Co-written with Jeff Hanna and Marcus Hummon, the song earned the trio a Grammy for Best Country Song in 2005.

“I’ve always thought that there were still people that wanted to hear what the artist heard that made them fall in love with the song,” Boyd says. “There’s something in these demos—there’s a spark. You can hear what the writer feels, and I love that.”

The Original Songwriter Demos is available now. Purchase both volumes via OriginalSongwriterDemos.com or download mp3s via iTunes.

To claim a 15% discount when purchasing through OriginalSongwriterDemos.com, enter the code SONGWRITER when prompted.

Drew Kennedy is a singer, songwriter and freelance writer. Read more of his work at wordstokickaround.wordpress.com.