Posted in MusicWorld on November 25, 2013 by Abby White 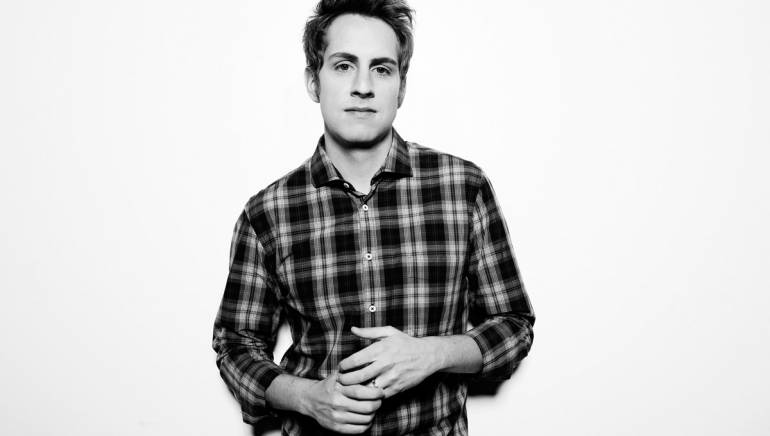 Love is one of the most prominent themes of artistic expression, permeating the lyrical content of popular music throughout the years. Specifically, we remember the excitement that surrounds the extreme highs and lows of love, from the fireworks you feel when you first find it to the catastrophic pain that envelops your heart when you lose it. But Ben Rector makes a case for exploring the concept of love that lies somewhere in between, the kind of love that endures when the sparks burn out.

And like the Impressionists magnificently captured realistic scenes of everyday late 19th century life, Rector’s songs paint a genuine picture of the everyday modern relationship. Rector finds splendor in a life spent with someone to walk side by side with in what is often the most challenging aspect of any relationship — the normal, day-to-day, 24/7 part.

“I think that’s what people are made for,” Rector says. “I wanted to put some of those ordinary things in the spotlight, things that maybe aren’t normally put there. I don’t think there’s anything wrong with grand love songs, but life just isn’t like that, you know? The amount of time you actually feel like that is really small, so I wanted to do something that celebrated what you feel every day.”

This is the emotion celebrated in “Ordinary Love,” the beautiful opening track on The Walking In Between, Rector’s latest release. When coupled with a catchy melody and delivered in his instantly appealing voice, you have a gloriously crafted song, a high achievement in the world of songwriting.

But, as any songwriter knows, writing a well-constructed, likeable song that listeners will identify with is much harder than it looks, and Rector has figured out that the formula must include honesty. When you listen to his music, you get a sense that you know him, as if his personality shines through the spaces between the notes. You’re easily drawn to the easygoing nature of Rector’s songs, which mirror the laid-back nature of a man who relishes the simple joys life has to offer, as in the irresistible singalong “Thank God for the Summertime,” which will have anyone yearning for a sunny summer day spent with friends.

The 26-year-old singer-songwriter, who moved to Nashville in 2009, has been a woodshedder from day one, heavily touring throughout college and organically building up a massive following. When he got to Nashville, he found his way to BMI through his management. “The people I knew that worked [with BMI] really enjoyed it and thought highly of them, so that’s a big part of why I ended up there,” Rector recalls.

In late 2011, his fourth self-released album Something Like This debuted at No. 1 on the iTunes Singer/Songwriter chart, and he landed the opening slot on NEEDTOBREATHE’s tour the following spring. It was during this tour that Rector first played the legendary Ryman Auditorium in Nashville, a major career milestone for the young artist.

Rector has had many more exciting firsts this year. The Walking In Between, which is stacked with radio-friendly tracks like “When I’m With You” and “Beautiful,” was released in August on Rector’s Aptly Named Recordings. It yielded his highest Billboard chart position yet, debuting at No. 16 on Billboard’s 200 album chart. In October, he made his first appearance on ABC’s Jimmy Kimmel Live! Throughout the fall, Rector toured the U.S. in support of In Between, and while he was eager to play new songs for his fans, he’s already thinking ahead to the next album.

“It’s weird — on one hand, there’s a lot of anticipation, and you’re excited,” Rector says of touring behind a new album release. “On the other hand, by the time the record is released, you’ve heard it for probably about a year. So, it’s like, I can’t wait to see what people think of it, but it’s interesting, because you’re kind of ready to record the next thing.”

Rector’s artistic inspirations are evident in his music, from his McCartneyesque gift for melody to vocal stylings that evoke James Taylor. Rector writes solo and with other artists, and he says that working in the studio provides the opportunity to go off map from a song’s initial concept. In this unpredictable journey, a song often takes many twists and turns as it evolves into the final version that reaches the listeners’ ears.

“I definitely come in [to the studio] with an idea of what I want to do, but at the same time, you just can’t always make exactly what’s pictured in your head — you can’t always bring that out,” he says. “ I feel like, hopefully, you write a song that is structured well enough that it can take production well. You have to be willing to let it go somewhere else.”

While Rector is always eager to create new music, the connection he feels with fans during a live performance is something that constantly inspires him. “You don’t get to be around when people are taking in music, when they’re downloading it or listening to it in their car,” he explains. “So it’s really cool to get to see it connect in a tangible way, when they know all the words, and to see how it affects people. It’s a proud moment.”

Rector experienced another extremely proud moment in 2013. In addition to his mom being much less worried about him being a musician than she used to be, he headlined the Ryman Auditorium a little over a year after being the opening act there. And he sold it out. “I never really thought I would headline there,” Rector admits. “So when it sold out, that was totally a dream come true, and definitely an emotional moment.”