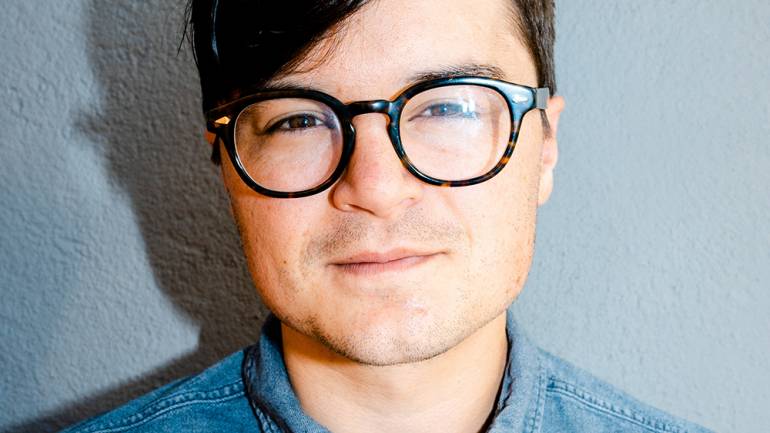 Growing up in Chicago in the 80’s and 90s, songwriter/producer Tommy English took to music early. Spurred by his parents, who placed a high value on music education, English picked up piano, trumpet, drums and guitar, versing himself in musicianship and songwriting at a young age. By his late teens, he was performing in bands like Powerspace and Bad City. But once he graduated from Miami University, English started considering making music behind the boards as a producer and songwriter. He moved back to Chicago to hone his skills as a producer and engineer before heading west to Los Angeles to apply what he’d learned.

Once in L.A., things really started to happen. In the ensuing years, English has amassed a list of songwriting and production credits that speak to his driving ambitions as a music creator. From the sparkling pop of Adam Lambert and Carly Rae Jepsen to envelope-pushing rockers like BØRNS and K.Flay, songs imbued with English’s touch are making an impact. “High Horse,” a single he co-wrote with country superstar and fellow BMI songwriter Kacey Musgraves helped pave the way for her crossover to pop radio, further solidifying English’s status as a collaborative force to be reckoned with.

BMI reached out to the prolific English to see how he was coping during the downtime imposed by the COVID-19 pandemic. Here’s what he had to say.

What’s helping you stay focused on your songwriting during this time? Are there any exercises you practice to keep in the creative mindset?

As a producer and writer, I really thrive on being in the same room as artists. I usually have a hard time making decisions without someone to bounce ideas off of. I’m quarantined with my girlfriend and her four year old son, so I’ve been relying on their opinions a lot.

Working on music remotely requires clearer communication and delegation. Not gonna lie it’s a pretty annoying way to work at first, and I worry about turning clients off with frustrating zoom sessions.

I’ve been working with just a few artists and other producers who I really trust. We’ll chat on zoom at the beginning of the day, decide who is going to work on what, and then go our separate ways for a few hours and grind. Everybody is on different schedules so we’re trading files and ideas sporadically throughout the day and night.

Lag. It’s hard to vibe out on an idea over the internet. Even playing simple chords for someone to sing along with is impossible. It took a couple weeks to get used to, or resigned to, not being able to do something as fundamental to a typical writing session as that.

How is this experience informing the music you are writing? Is it noticeably shaping the tone of your songs at all?

It certainly makes a lot of the usual song topics seem pretty trivial. Well, there’s nothing trivial about this situation. In some ways there’s less distractions when it comes to songwriting. ’ve seen a 100% decrease in breakup songs.

Something like this also has a way of revealing the importance of things we take for granted. I wrote a song with my girlfriend about taking a bubble bath and honestly it feels heavy. Maybe it’s a good time to look at small things and make them big.

Exercise however I can. Stand in the sun when it’s out. Cooking. Late night musical experiments with my girlfriend.

We’ve been listening to a lot of Black Sabbath for family pump-up jams. Roy Orbison for date night at home vibes. Vintage Americana and Country, John Prine (RIP), and Johnny Cash for background music. We play quiet piano music at night throughout the house to wind down, which I highly recommend.

An author friend of mine has a quote that goes something like, ‘Art is the highest form of hope.’ Making music that people enjoy already defies all the odds. And nothing in history has ever stopped music from being made. So, this doesn’t really change anything. Let’s keep the hope alive and keep making great music.

I think great music has a way of capturing emotions that are too complex to really explain. Even if we aren’t writing specifically about quarantine or the virus, the weight of the situation is going to be there in the music. The best music that comes out of this time period has the capacity to be emotionally healing for a lot of people.