Posted in MusicWorld on February 9, 2010 by Nuria Net 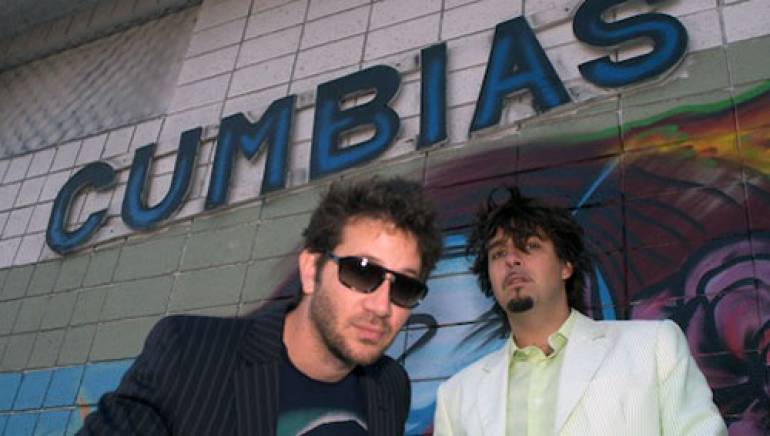 J-Radical (Jared Faber), 37, is a TV music producer and songwriter (Being Bobby Brown) while graffiti artist, and producer-songwriter Kool Kojak (Allan Peter Grigg), also 37, has been working with producer Dr. Luke for more than a decade. Most recently, the pair co-produced Flo Rida’s Grammy-nominated smash “Right Round.” J-Radical and Kool Kojak met almost 5 years ago through Luke and, in 2006, released their Urban Legend debut, Tranquilidad Cubana, which mixed traditional Cuban son and timba with hip-hop and electronica. In Tropical Techniques, however, the two explore contemporary Latin America through guest singers. “We decided let the voices of those particular countries guide us,” says Kojak. “The more artists we worked with, the more island-hopping we did. That was our technique.”

But this “island-hopping” is not of the touristic kind. One of the virtues of this EP is the authenticity it transmits, not through intricate Latin American instrumentation but through its vocalists. Bay Area native Destani Wolf inflicts passion on an electronic paso doble based on her grandmother, who grew up in Jalisco. Costa Rican superstar Debi Nova transmits great energy and even slang on two bilingual dance tracks. And Nuyorican spoken-word poet and rapper La Bruja stands out with her swift lyrics, poured over Kojak’s deep beats.

J-Radical is currently finishing the soundtrack for Mardi Gras starring Carmen Electra, and Kojak is producing the first single for Miranda Cosgrove (iCarly). Plans to take Tropical Techniques on the road are in the works, including a rotating cast of vocalists and interactive elements.

“We’re two kids who are not Latin, making Latin music. Maybe it’s a myth you can’t be expressive outside your ethnic boundaries. We’re rejecting this pre-conceived notion,” says Kojak. Their approach to songwriting as a duo, and then jamming with each singer, is what makes Tropical Techniques stand out, and for them, satisfying. Says Kojak: “Jared knows how to get takes done and sound good. He’s more of a finesse guy. I’m more the wild card.” For Jared, the freedom of an independent project is priceless: “I’ve been very fortunate, but ultimately, your job is to serve the film or the TV show. Here, there are no rules.”