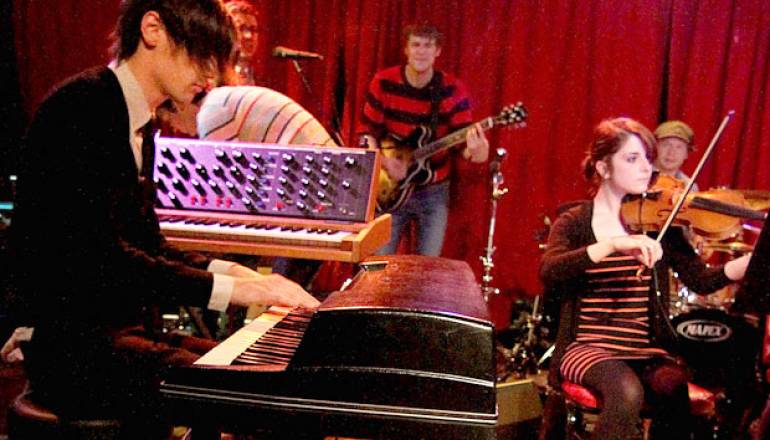 Uncle Skeleton performs during the final round of the 2011 Road to Bonnaroo competition on April 18 in Nashville. Photo: Drew Maynard

BMI concluded the 2011 Road to Bonnaroo contest at Mercy Lounge on Monday, April 18, with eight bands in a dead heat for the final Bonnaroo spot. Uncle Skeleton emerged victorious, winning over the crowd and judges. Other competitors included PUJOL, The Clutters, ACTION!, Tallest Trees, The Kingston Springs, Sarah Silva, and Cherub.

Round one champ Chancellor Warhol and round two winner Cheer Up Charlie Daniels will join Uncle Skeleton at Bonnaroo 2011, slated for June 9-12, in Manchester, Tennessee. To select each evening’s top contender, an industry panel comprising local music journalists, bloggers, and 8 off 8th hosts contributed one half of the verdict, while fan-voting through onsite ballots determined the other half.

Ultimately, in addition to promoting the Nashville’s next crop of fresh faces, the Road to Bonnaroo competition uniquely celebrates the city’s homegrown and transplanted indie sounds—and thrusts the freshest faces, ready for their close-ups, out of the roost.