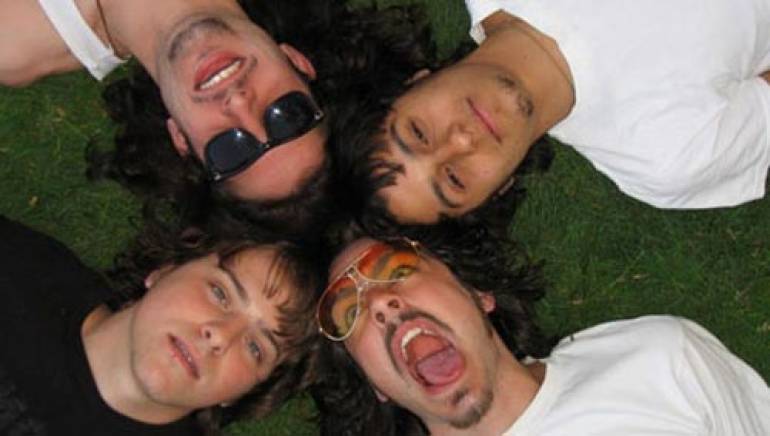 The Long Island-based pop-rock quartet Ultra High Frequency owes its existence to skate punks more than other like-minded bands. When front man Frank Fussa and bassist/vocalist Christopher Johanidesz, childhood friends, were in their mid-teens, they met Jon Tehel (guitars/vocals) and Dennis Joseph (drums, vocals) at a skate camp. After Fussa convinced them that the melodies he had been hearing in his head since age four were worth putting actual sound to, he had his band.

But it wouldn’t be until 2001 — half a decade later — that the group started making the seriously catchy music it has since become known for throughout the Northeast.

Mixing substantial vintage guitar riffs with rough-edged harmonies and an old-school, 60s-flavored sense of tight-bandedness, Ultra High Frequency seemed destined for big things after the release of its 2004 debut, Sun Never Sets in Dramaville. A favorable response led to bigger stages and an opening slot on fellow Long Island act Brand New’s feverish tour in early 2006. The band released its sophomore album in June of 2006 — Matter in Time — produced by Barrett Jones (Foo Fighters, Nirvana, Presidents of the United States of America).