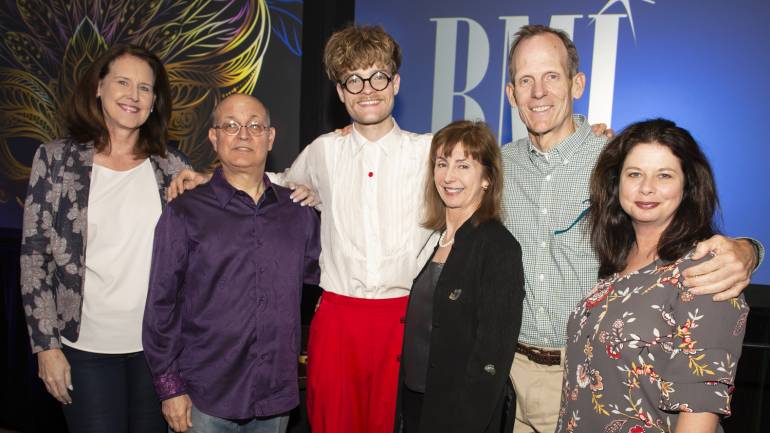 BMI presented a “musical double-header” at the Media Financial Management Association’s 2019 Media Finance Focus, curating BMI songwriter performances at two of the conference’s premier events. The annual convention, which took place recently (5/19-5/22) in New Orleans and attracts finance executives from all of the major radio, television and cable companies, featured performances by BMI pop singer-songwriter Jake Wesley Rogers and BMI songwriter and BMLG country recording artist Payton Smith. Rogers, who has been named by Live Nation as an “Artist to Watch” and was recently showcased at SXSW, performed a soulful set at the annual “Happy Hour & a Half” awards reception that included a number of songs from his recently released EP Spiritual. Payton Smith, a Houma, Louisiana native, showed off his vocal and guitar skills at the closing luncheon, as he shared the stories and songs that are part of his upcoming debut album on BMLG. The 19 year old’s first single is expected to hit radio in the fall.

The Media Financial Management Association is a not-for-profit professional association dedicated to the unique interests and needs of business and finance executives in the media industry.