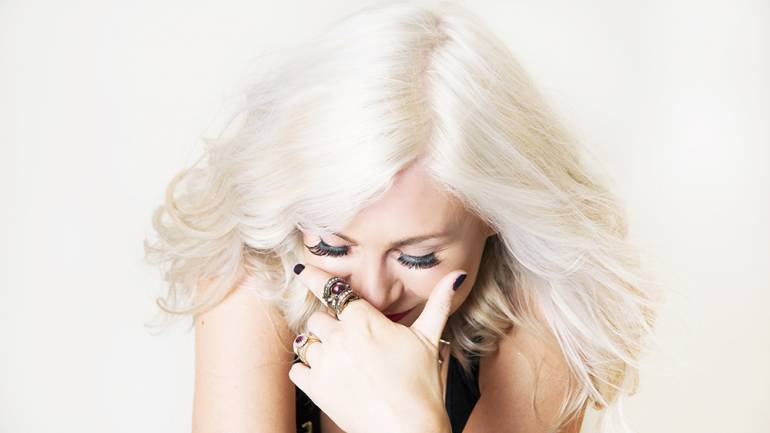 With her rich, soulful voice, singer/songwriter Jem Cooke has been augmenting the UK electronic scene for some years now, providing an emotive element to the digitized rhythms of many pulsing dance tracks. She has written and sung as both a solo artist and in collaboration with a wide spectrum of acts including Camelphat, Zero 7, Wilkinson, Friction, Jamie Jones, Kate Simko and many others. Beyond being a prolific writer and recording artist, Cooke is an avid performer, gigging for years on the London club scene before touring in Wilkinson and performing live with Camelphat. In the interim, she’s been busy working on new material with collaborators like Tom & Collins,  Cedric Gervais, Jax Jones and others.

Recent projects like “Boomerang (Round & Round)” by DJ S.K.T. featured Cooke’s signature blend of soaring vocals and infectious hooks and transformed the track into a summer anthem. This was followed be another single, the lilting “Into the Sun” with Damian Lazarus. Her newest project is a track with Mexico’s Tom + Collins called “Glad I Came.” A sprawling house music tour de force, this single matches Cooke’s lyrics and voice with the duo’s lush production, and is already making waves around the world, further cementing Cooke as a creative force to be reckoned with.

Word about Jem Cooke is swiftly spreading, as she was just named a Secret Genius songwriter by Spotify. BMI caught up with Cooke to find out what makes it all tick for her.

You’ve written and sung for dance music and electronic acts like Wilkinson, Camelphat and Zero 7. How did you first get involved with this genre? Had you always been a fan?

I’ve been into deep house music for a very long time and my first release in that world was with Kate Simko back in 2012. We did a track called “Go On Then,” which is still one of my favorite collaborations I’ve ever done. That’s where my journey into electronic music really started.

You have such a soulful voice that lends a warmth and humanity to your tracks. Who are your primary influences? What shaped your particular sound?

Thank you! I grew up listening to my dad’s music collection mainly, so lots of James Taylor, Fleetwood Mac and Carole King, then, as a teenager. I was massively into R&B, soul, hip-hop and garage. My love for electronic music came a bit later on, but I think having a lot of different influences along the way helped shape whatever my sound is now.  I spent a lot of time in raves as well, so I guess I started to write vocals that I imagined I would want to hear when I was in the midst of the party, inspired by the thoughts that go through your head when you’re totally lost in the moment. I partied for years in the name of research!

You’re originally from East London. Coming from a city with such a rich musical history, how much of an effect did your hometown have on your creative work and career?

I’ve lived in Hackney for a long time, but I’m actually from West London originally. I really love our city, walking through different parts of it gives me full body rushes sometimes. It contains actual magic.

Having so many live-music experiences available to you is a real gift as an audience member. There’s so much on all the time – usually. You’re utterly spoiled for choice around the clock. From a performer’s perspective, though, it can be brutal, and I think growing up gigging in London made me tougher than I might have been anywhere else. London crowds aren’t polite. You know exactly where you’re at with them, and if they’re not interested in what you’re doing they will let you know very quickly.  But I think—and hope—that challenged me to become a better writer and performer, so I’m grateful that it’s where I cut my teeth.

Can you share a bit about your creative process?

I write every day and what comes varies with how I’m feeling. Some days, I’ll just go through the motions and write what feels right for a particular type of track that somebody has sent me. But other times, I’m guided solely by what’s going on for me right then in that moment or from a spark of a really visceral memory that leads the idea. These tend to be the songs that really resonate and get the best reactions. It makes sense, really.  I think it’s that connection you create with your audience when you make yourself vulnerable by sharing something you’ve actually been through yourself. That process of shared experience is so powerful, especially when put to music.

You have toured extensively with Wilkinson. In which environment do you feel most comfortable and why — stage or studio?

I love them both. When I’m immersed in one, I desperately miss the other. I couldn’t only do one.

In 2020, with all its challenges and restrictions, I am reminded how much I love the live side of what I do. Having the freedom to create songs at home and get them out into the world is literally a dream come true for me. But the real magic happens when you get to take those songs out onto the road and physically connect them to other humans in real life. That instant chemistry when something you’re singing about resonates with an audience is indescribable! You can see it and feel it moving around the air—it’s mind blowing. I’m so grateful it’s a part of what I do for a living, and am so excited for the world to be able to dance together again.

What advice do you have for up-and-coming singer/songwriters looking to follow in your footsteps?

I’m not sure I’d presume to give anyone any advice just because I don’t know what I’m doing most of the time, to be honest. But maybe that’s a good thing to remember—nobody really knows what they’re doing, so don’t be afraid of doing what makes you feel good and writing your own truth…and just keep going!

2021 is a super exciting one with lots more collaborations on their way. I can’t wait!

Check out some of Jem Cooke’s work via her Songbook playlist on Apple music: