Posted in MusicWorld on February 12, 2010 by Russell Hall 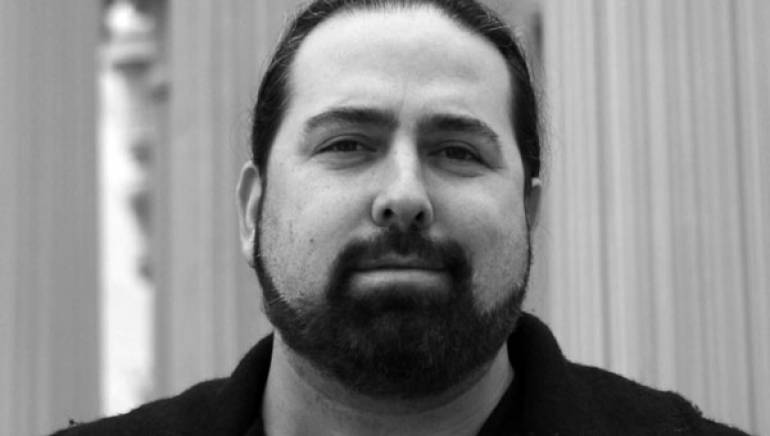 Writing songs and scores for television and film requires a mindset all its own. No one understands that better than Tree Adams, who’s composed music for such TV shows as Californication and Canterbury’s Law, and for movies such as Emilio and Hunt for the BTK Killer.

“It’s an applied art,” says Adams, “in that you’re there to facilitate somebody else’s vision. You really have to get a firm grip on storytelling. As a musician, you’re often caught in a certain level of detail, trying to execute the music and make sure it’s arranged properly. But [in film and TV], it’s essential to keep your focus on the big picture.”

Though he didn’t realize it at the time, Adams’ background prepared him well for this line of work.

Born into a musical family—his father was the drummer for Country Joe and the Fish; his grandfather co-founded the folk-blues label Vanguard Records—Adams began studying classical music as a toddler. Until age 10 he was a reluctant student, but the discovery of Jimi Hendrix’s work opened up a new world for him.

Later, as a member of the rock band the Hatters, he cut three albums for Atlantic Records. The variety of experience proved invaluable when he began scoring films.

“I feel like I’ve always been pretty versatile as a composer,” Adams says. “I’m happy to compose music for a thriller one day, and then do something dark and brooding the next, and then do a comedy. I really like not being confined to one style.”

For a recent, “outside-the-box” project, Adams got to draw on all his formidable skills, as he composed “combat dobro” music for a new Sony Playstation video game called MAG.

“It involved big drum beats, fat guitar riffs, and gritty, textured feedback—but with a dobro sitting on top of it all,” he says, with a laugh. “That was really challenging.”

Asked if he’s concerned with putting his personal stamp on such work, Adams says that goal involves walking a fine line.

“You have to create something that serves the project,” he says. “That’s the first goal. But you can also serve your own ambition of creating good music that people might remember you by.”