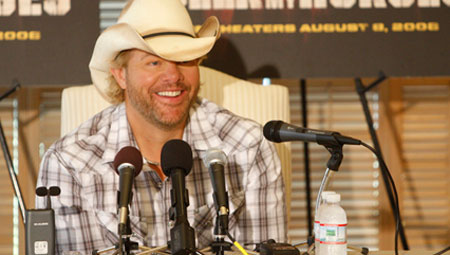 Toby Keith smiles as he fields questions from the press at BMI. (Photo by John Russell)

Three-time BMI Songwriter of the Year Toby Keith remains one of the most successful musical entertainers of his time. With nearly 35 million albums sold, he has been deluged with critical praise and peer approval in the form of awards and he’s consistently been one of the top-drawing live performers in the nation. His current hit single, “She’s A Hottie,” is featured as the only newly-produced track on his latest two-disc release, Toby Keith’s 35 Biggest Hits, which compiles the smash hits spanning his career. 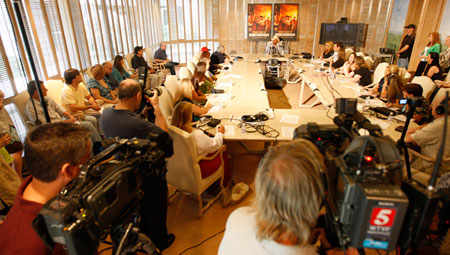 Local and national media outlets made themselves comfortable in BMI’s conference room. (Photo by John Russell) 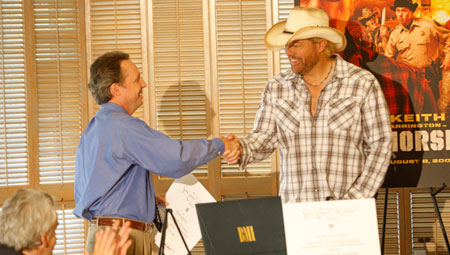 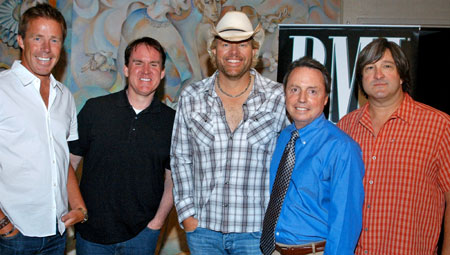