Posted in MusicWorld on November 15, 2017 by Dave Simons 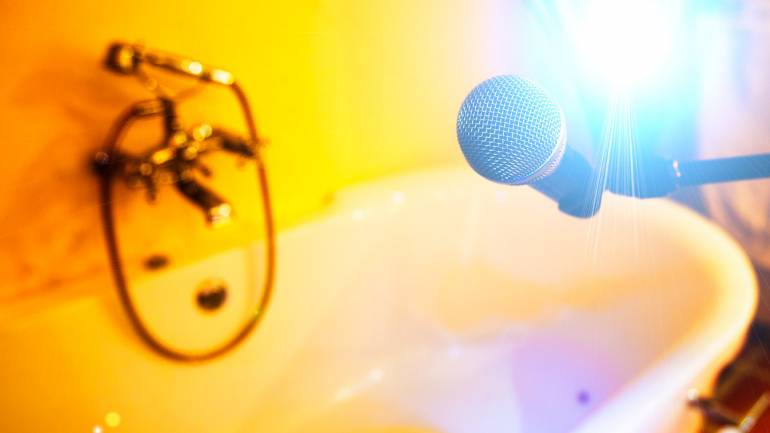 It’s easy to fall into a rut when tracking vocals, particularly when all you’re doing is plugging a microphone straight into a recorder inside a small, arid space. Bear in mind, however, that listeners tend to respond to vocals that have body and life, rather than those that were merely plopped onto the top of a well-executed rhythm track.

In the following piece we’ll look at several strategies for producing a more robust vocal sound, such as choosing the best mic for the job, experimenting with different miking positions, as well as when—and how—to use processing.

When cutting vocals (or just about anything else), one of the most basic but effective techniques involves using microphones to achieve the desired tonal quality, rather than adding EQ or other artificial flavoring after the fact. As we all know, certain mics reproduce sound much differently than others—that is, a large-diaphragm condenser such as Neumann’s industry standard U-87 (or its lower-priced variants) offers considerably more bottom, gain and headroom than, say, a basic Shure dynamic mic. Does that mean the condenser is always preferable? Not necessarily. Let’s say you wanted a more direct, mid-range or aggressive-sounding vocal—in that case, a good dynamic mic would be a perfectly acceptable choice. For that matter, when attempting to record live with backing instruments, the narrower pickup range of a decent dynamic stage mic is often better at keeping adjacent sounds from overwhelming the vocal track.

Next, let’s consider your positioning relative to the vocal mic. For instance, an “intimate,” full-bodied vocal sound is typically achieved through the “proximity effect”—that is, by placing the singer only a few inches from a large-diaphragm condenser mic set to cardioid mode. By no means should this be the rule of thumb for all vocals, however—by allowing a bit more space between yourself and the diaphragm, as well as gradually moving the mic around in the room, you can come up with any number of interesting vocal tones. Nor should you be afraid to experiment with your condenser mic’s pick-up settings, such as switching to omni or figure-of-eight mode (whereby both sides of the mic are live) in order to produce a more ambient vocal quality. If you’re using a laptop or other portable device, you could also try recording vocals in a different location, such as livelier rooms with hardwood floors and/or higher ceilings (hallways, stairwells and tiled bathrooms have long been favored environments for enterprising engineers). You could even consider placing a second mic several feet behind your main vocal mic with the goal of capturing some natural room reflections.

Despite the wealth of processing power at our fingertips, manual double-tracking—whereby several identical passages are blended together to give the illusion of multiple singers—remains one of the best ways to add vocal heft. Simply record a number of complete takes one right after the other (when overdubbing, I find it best to mute previous takes so that you’re not tempted to match each vocal nuance), then choose the performances that work well together. While “double-tracking” implies using just a pair of vocals, there’s no harm in bringing all of your attempts into portions of the mix for extra texture—for example, if you’ve recorded four overdubs onto Tracks 1-4, using your faders you could gradually move Tracks 3-4 in and out while mixing, or include all your takes but set Track 2 to three-quarters volume, Track 3 at one-half, and so forth. You could also try adjusting your position in front of the mic ever so slightly prior to each take—just a few inches difference per overdub can subtly alter the tone, giving you a fuller overall vocal sound.

As an alternative to double tracking, you can use your editing tools to highlight and extract “best” sections from each vocal pass—say, a pre-chorus from Take Two, a coda from Take Four, etc—onto a separate template in order to build a “master” take.

Ever notice how good vocals can sound when recorded in a live setting? The combination of direct and ambient signals, including bleed from the PA as well as nearby instruments into the vocal mic, often creates an urgency that is sometimes missing when working in a sterile studio environment. There is a relatively easy way to replicate that live vibe, however. Once your vocal track is complete, connect a PA speaker or monitor to your recorder’s main output (you could also use your studio’s talkback system, if applicable), place the speaker in the center of the room, then situate a mic several feet away from the speaker (perhaps even facing in the opposite direction to maximize the indirect sound). Run the vocal back through the speaker and record the signal to a separate track, then mix the dry vocal with the PA track, adjusting the balance to achieve the desired amount of ambience.

The key to getting great vocals, as with recording any parts, is experimentation. Don’t be afraid to take some chances, be creative and see what happens.