Posted in MusicWorld on December 23, 2009 by Jewly Hight 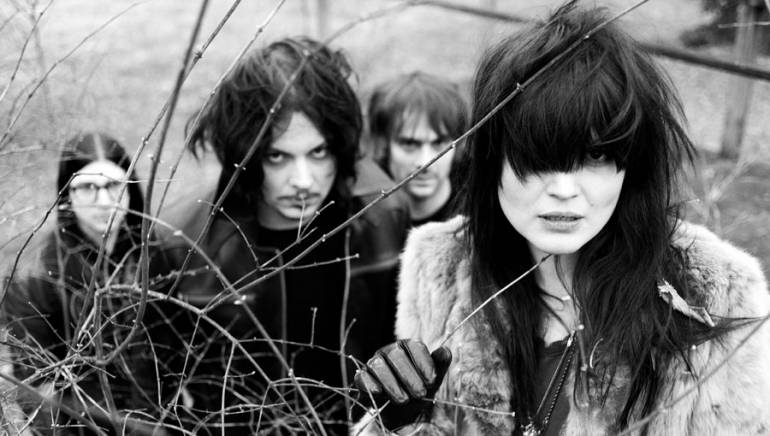 There are some questions about Jack White that will probably never be answered: why, for instance, he wanted everyone thinking of his White Stripes bandmate Meg White as his sister, when she’s actually his ex-wife. Chalk that one up to perverse humor and brilliant mythologizing. The mystique kept people interested.

It’s no secret, though, where White gets inspiration for his various incarnations of vital, postmodern, blues-darkened garage rock: old music, be it pre-war country blues or ’60s- and ’70s-era country, electric blues and rock. Through six White Stripes albums and two with his other band, the Raconteurs, he’s conjured a vintage ethos with fuzzy guitar tones, a penchant for raw recording techniques and, often, covers of iconic songwriters like Bob Dylan and Robert Johnson.

White is recognized by his elders and peers alike as someone who rejuvenates the spirit of rock & roll, by now, a fairly aged art form. He’s shared the stage with Dylan, and was featured alongside Led Zeppelin’s Jimmy Page and U2’s Edge in the documentary It Might Get Loud.

Now all eyes and ears are on the Dead Weather — a side project begotten by White’s other side project — and the quartet’s powerfully dark debut Horehound. Rounding out the Dead Weather are Raconteurs bassist Jack Lawrence, touring Raconteur Dean Fertita and the Kills singer Alison Mosshart, who took over White’s vocal duties for a few Raconteurs shows while he was sidelined by bronchitis. White is actually the band’s drummer.

Horehound is the fullest realization yet of White’s vintage-meets-now aesthetic, and his Nashville-based record label, Third Man, has a lot to do with that. The album was the first official release recorded in Third Man’s analog, vintage gear-equipped studio, which helped White (who produced it) retain the band’s rough edges. “Our whole aesthetic is we want to bring back these sort of antiquated ways of doing things,” explains Third Man’s Ben Swank.

Dead Weather’s choices of covers, Dylan’s 1978 song “New Pony” and Gary Numan’s 1979 song “Are Friends Electric?” (the latter was released on a single, but not on the album), indicate the headspace they’re in. “Live, they’re doing a Pentagram song,” notes Swank. “[Pentagram] are still around now, but they recorded in the ’70s. And they do a [West Coast] Pop Art Experimental Band cover, which is an early ’70s band.”

Of course, most of the songs on Horehound are originals. All four members had a hand in the potent, sinister-sounding songwriting, but Fertita and Mosshart did a lot of the heavy lifting. White wrote only one song solo: the reggae-styled “I Cut Like a Buffalo.”

“It’s a massive collaborative effort,” Swank confirms. “It’s definitely not any kind of one-man or one-woman show. I think there’s definitely like a ’70s element to it, but I also think it’s a pretty modern-sounding record as well.

The Dylan and Numan songs were released on vinyl when they were first recorded more than three decades back. Third Man did the same with the Dead Weather’s recordings, which is something of an iconoclastic move in the digital age. Coincidentally, the label’s motto is “Your Turntable’s Not Dead.”

A Willy Wonka-esque golden ticket promotion — buy a physical copy of the album, and, maybe, just maybe, find a ticket entitling you to a tour of Third Man — and the attention paid to artwork and detail on the vinyl LP (“It’s an old-fashioned style of wrapping the albums — down to little details like that, we try to tie that in with the overall aesthetic”) nudge fans toward the tangible product.

So you could say that White bridges generations of music-makers and listeners in more ways than one. In Swank’s words, the band’s and label’s vinyl emphasis “is kind of a way to bring a newer generation of — I don’t know whether to call them digital kids or whatever — to familiarize them with vinyl and bring those two worlds together a little bit.”