Posted in MusicWorld on January 15, 2011 by Jaan Uhelszki 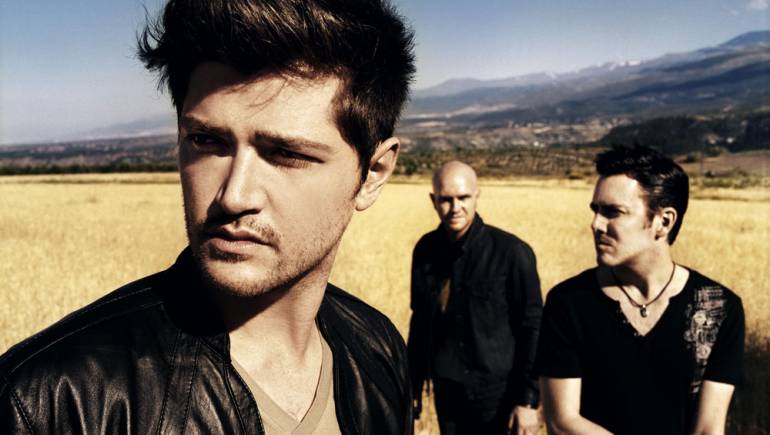 In 1826, Anthelme Brillat-Savarin wrote, “Tell me what you eat and I will tell you what you are.” But can you apply the same logic to what you listen to? After an extensive study in 2009, a team of researchers at Cambridge University determined that it was resolutely so.

Cambridge could have spared themselves the extensive field studies and expense if they just checked in with The Script. In fact, the Dublin trio—singer/keyboardist Danny O’Donoghue, guitarist Mark Sheenhan and drummer Glen Power—are an exercise in conventionally disparate tastes: from the old school hip-hop of a Tribe Called Quest to the R&B grit of Missy Elliot; the smooth, seductive soul of Baby Face to the seamless classic rock of The Police; the fractured images and poetry of Bob Dylan, to the meaningful anthemic rock of U2.

These and other influences bubble up and are made new again in The Script’s understated mix of rock, soul, pop, Celtic, hip-hop, and autobiography.

“We’re Irish, so I think we’re good storytellers,’ Danny Donoghue told the Belfast Telegraph. “I wouldn’t say it’s a mish-mash, but we’re part of the iPod generation, where no one’s only into one type of music anymore.”

But then, almost inevitably, the Irish band is continually compared to their countrymen U2.

“I always aspired towards being in a band like U2,” confessed drummer Glen Power to stateside blog ClotureClub.com. “When I was growing up, they were really hitting in internationally with ‘Joshua Tree’ and that was a massive influence on me. Especially Larry Mullen Jr.’s drumming.

But when he told his high school career counselor that’s what he wanted to do, he categorically told him he had lost his mind. “He told me I couldn’t do it. I told him, ‘Yes I can.’”

And he did. After releasing a series of singles, building a steady fan base in Ireland and Europe, The Script’s self-titled album debuted at #1 on the UK charts, selling just over two million copies and becoming eight times platinum. Just in case his guidance counselor had missed it, Power visited his former school and left him a signed record and a letter.

When The Script’s second CD Science & Faith rocketed to the top of the UK charts on the day of its release, Bono sent the group a crate of champagne and a handwritten note that said: “This town ain’t big enough for both us—so I’ve left.” U2 then tapped The Script to open one of the legendary band’s three Dublin shows last year.

Bono’s not the only star who’s noticed the pop-rock trio’s astonishing trajectory. Take That asked The Script to support them on their 2009 tour, and Paul McCartney put them on three of his American shows. One evening, Sir Paul sauntered to The Script’s dressing room sans bodyguards and regaled them with praise, advice, recording tricks and stories of the Beatle’s formative years.

The recognition from musical heroes has encouraged the young group, who are now confidently staring down their next conquest: the United States.

The Script understand the U.S. market, and they’ve been slowing staging their own British Invasion—the operative word being slow. They broke a Billboard record this past May 29 when their song “Breakeven” from their 2008 debut took a record-setting 36 weeks to become # 1 on the magazine’s Adult Pop Song radio airplay chart. The song debuted at #40 on September 26, 2009. But the slow burn doesn’t bother the band a bit. “Ireland is a small country, so you can do a two-week full-frontal assault with TV and radio and get the publicity done,” O’Donoghue told USA Today. “But in America, you can’t even make a dent in two weeks. As long as fans get behind us, we’ll keep up the fight.”

Jaan Uhelszki, one of the founding editors at Detroit’s legendary “Creem” magazine. Currently, she is the editor at large at “Relix”.