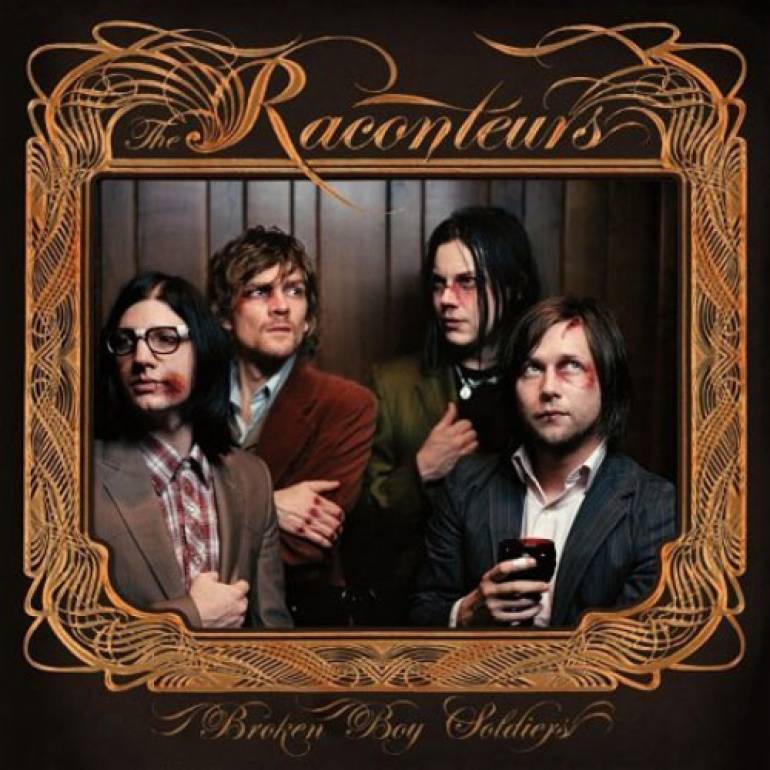 The Raconteurs are a new band made up of old friends, consisting of Jack Lawrence (bass), Patrick Keeler (drums), Brendan Benson (guitars, vocals, keys) and Jack White (guitars, vocals, keys). The seed was sown in an attic in the middle of a hot summer when friends Jack White and Brendan Benson got together and wrote a song that truly inspired them. This song was “Steady, As She Goes” and the inspiration led to the creation of a full band with the addition of Lawrence and Keeler. While each of these four individuals have had successful careers with their own bands, the culmination of all of their talents is what truly makes The Raconteurs a force to be reckoned with.

The quartet convened at Benson’s East Grand Studio to lay down the basic tracks for Broken Boy Soldiers. Work would continue whenever the boys could get together over the next year. Finally, the album has found a window for its release in May of 2006. The band is now, for its members, all consuming and they now present themselves to be….consumed, or at best simply heard.

From the ready-made, radio-friendly quality built into songs like “Steady, As She Goes,” to the explosive tenacity of “Store Bought Bones,” all the way down to the “hits the cockles of your heart” lullabies that encompass the full-length recording, The Raconteurs are more than capable of conquering any genre challenge or tale that they encounter.  After all, a raconteur is, by definition, a deft storyteller. And now a new story is unfolding.

When all was not fine

And up from the dingy sewers

The Raconteurs released their debut album Broken Boy Soldiers through Third Man Records/V2 Records on May 16, 2006. The album features 10 songs, including the debut single “Steady, As She Goes.”

The Raconteurs enjoyed a sold out tour of the U.K. in March. Their debut U.S. show at New York City’s Irving Plaza in April will be followed by shows at the Henry Fonda Theater in Los Angeles on June 7, European festival dates and a performance at The Lollapalooza Festival in Chicago’s Grant Park on July 4.

SOURCEMusicWorld TAGS Rock On The Scene The Raconteurs Jack White