Posted in MusicWorld on November 12, 2009 by Ernest Barteldes 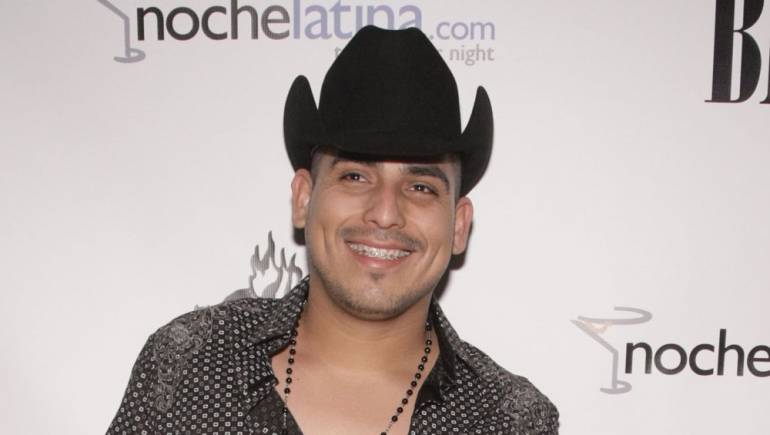 Mexico definitely boasts a rich musical landscape, with a never-ending array of genres ranging from rock to rap, rancheras to cumbia pop, ska and more. Recently, however, the regional music of Mexico has enjoyed a significant surge in popularity via names like Larry Hernandez, Espinoza Paz, Los Pikadientes de Caborca, La Nueva Rebelión, La Arrolladora Banda El Limón, Roberto Tapia, and several others who have helped bring to prominence musical styles that have been around for more than a century.

The regional musical styles vary, but one of the most popular manifestations is referred to as banda, a buoyant subgenre matching acoustic guitars with brass, woodwind and percussive instruments. Boleros, rancheras, and corridos reminiscent of German polkas all fall under the banda umbrella, which points to an often unacknowledged ancestry: German immigrants actually settled in northern Mexico during the late 19th century.

The lyrics of today’s banda take pride in addressing real issues, from urban dilemmas and immigration quagmires to failed relationships and drug- and alcohol-fueled violence and struggles. The dramatic story songs engross blue-collar men and women toiling—and listening—on both sides of the border.

“When I write a song, I think about everyday life, and focus on its realities,” Hernandez told BMI Music World during a recent phone interview. “When I say that I am a ‘friend of the people’ it has to do with the characters that inhabit my songs. I make music thinking of the people, and that sort of gives me that status. I do not write as an artist, but as one of the people.”

Hernandez’s approach exemplifies the genre’s proud storytelling tradition, which prides itself on gritty and occasionally politically charged reflections of society. An authentic connection to the sound of the streets is further underscored by Regional Mexican music’s select incorporation of other genres, including hip-hop. Many artists, several of whom are based in southern California, have worked guest appearances by rappers like El Blanquito and El Chavo Barruco into their Regional Mexican flair, propelling a genre with traditionally rural roots into a contemporary mash-up with urban appeal.

Los Pikadientes de Caborca’s recent recording of Michael Jackson’s “Billie Jean” also exemplifies the sonic experimentation currently fueling Regional Mexican music’s success. A sweeping tribute to an icon, the band’s video was filmed around Hollywood and features a Jackson impersonator, striking images of Los Angeles, and poignant shots of grieving fans huddled around Jackson’s star on the Hollywood Walk of Fame. The clip has become an Internet sensation, garnering massive rotation on YouTube and other sites since its timely release.

The band, based in Sonora, Mexico, has charmed genre devotees, industry insiders and critics alike, becoming one of the most-watched and most promising new artists of the year.

The genre appeals to homesick immigrants and nostalgic Mexican Americans all over the United States, offering a bridge to cherished culture. Espinoza Paz, one of Regional Mexican music’s brightest stars, now calls Los Angeles home. A charismatic artist and profoundly gifted songwriter, Paz, who is originally from just north of Sinaloa, Mexico, embodies the genre’s cultural importance and resolute connection to the everyman: The title of his sophomore album, El Canta Autor del Pueblo, translates as “The songwriter of the people.” His composition “Espero” garnered a 2009 Latin Grammy nomination for Regional Mexican Song of the Year.

Jenni Rivera and La Arrolladora Banda El Limón are just two of the additional Regional Mexican powerhouse artists based in Los Angeles. The city serves as a hub for many of the genre’s elite who are constantly traveling throughout both the United States and Mexico. La Arrolladora Banda El Limón, also from Sinaloa, are one of Regional Mexican music’s giants who have performed in various incarnations since the 1960s. When they signed their first record deal in 1999, the genre heavyweight’s honed musical chops ensnared an even broader audience. Their 2009 release, Más Adelante, topped both the Billboard Latin and Regional Mexican charts, underpinning the beloved group’s unmitigated popularity.

Regional Mexican music’s formula relies on authenticity and deceptive simplicity: songs for the people, about the people, and by the people themselves. Whether toe-tapping or tear-jerking, the music is equal parts contemporary art, sharp social commentary, and traditionally inspired storytelling, creating a powerful and valuable musical force.