Posted in MusicWorld on February 28, 2007 by Melinda Newman 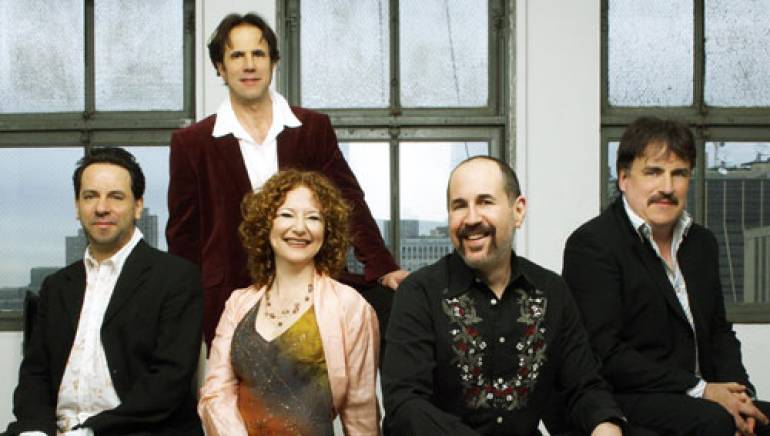 More than 20 years after their formation, the Klezmatics have captured their first Grammy. The New York-based group snared the Best Contemporary World Music Album trophy at the Feb. 11 ceremony.

The outift, whose music draws upon Jewish and Eastern European traditions, paired with one of the most traditional of American artists for the winning entry: the late Woody Guthrie. Wonder Wheel featured Guthrie lyrics unearthed by Guthrie’s daughter Nora. The album also highlighted Klezmatics vocalist Lorin Sklamberg singing in English throughout as opposed to the group’s usually mandated Yiddish.

While many people interpret klezmer music as described above, the Klezmatics’ Frank London gave Israel National Radio a more streamlined definition in 2004: “Klezmer is the instrumental music — not vocals because then it’s not klezmer — of the East-European Jews who spoke the Yiddish language and the way that that music developed in the Diaspora.”

Over the last two decades, the Klezmatics have created a unique universe for themselves by managing to be traditional and progressive at the same time. Throughout their career, the Klezmatics have embraced political and religious statements as comfortably as their musical instruments. On the post-9/11 Rise Up! Shteyt Oyf, the group questions the horrific actions done in the name of religion. They have similarly opened their arms wide to all styles of music, as evident on Rhythm + Jews, which tied in African and Arabic rhythms with Eastern European music.

Unbelievably, the members of the Klezmatics came together when they answered an ad in New York’s Village Voice newspaper seeking musicians for a klezmer band. An initial chemistry united the group’s members and does unto this day: five of the six current bandmates played on the Klezmatics’ first album, 1988’s Shvaygn =Toyt (Yiddish for “Silence equals Death”).

While the Klezmatics may be relatively unknown to the mainstream pop world, they have worked with some of the world’s top artists, including violinist Itzhak Perlman, beat poet Allen Ginsberg, Pulitzer Prize-winning playwright Tony Kushner and singer/songwriter Ben Folds.